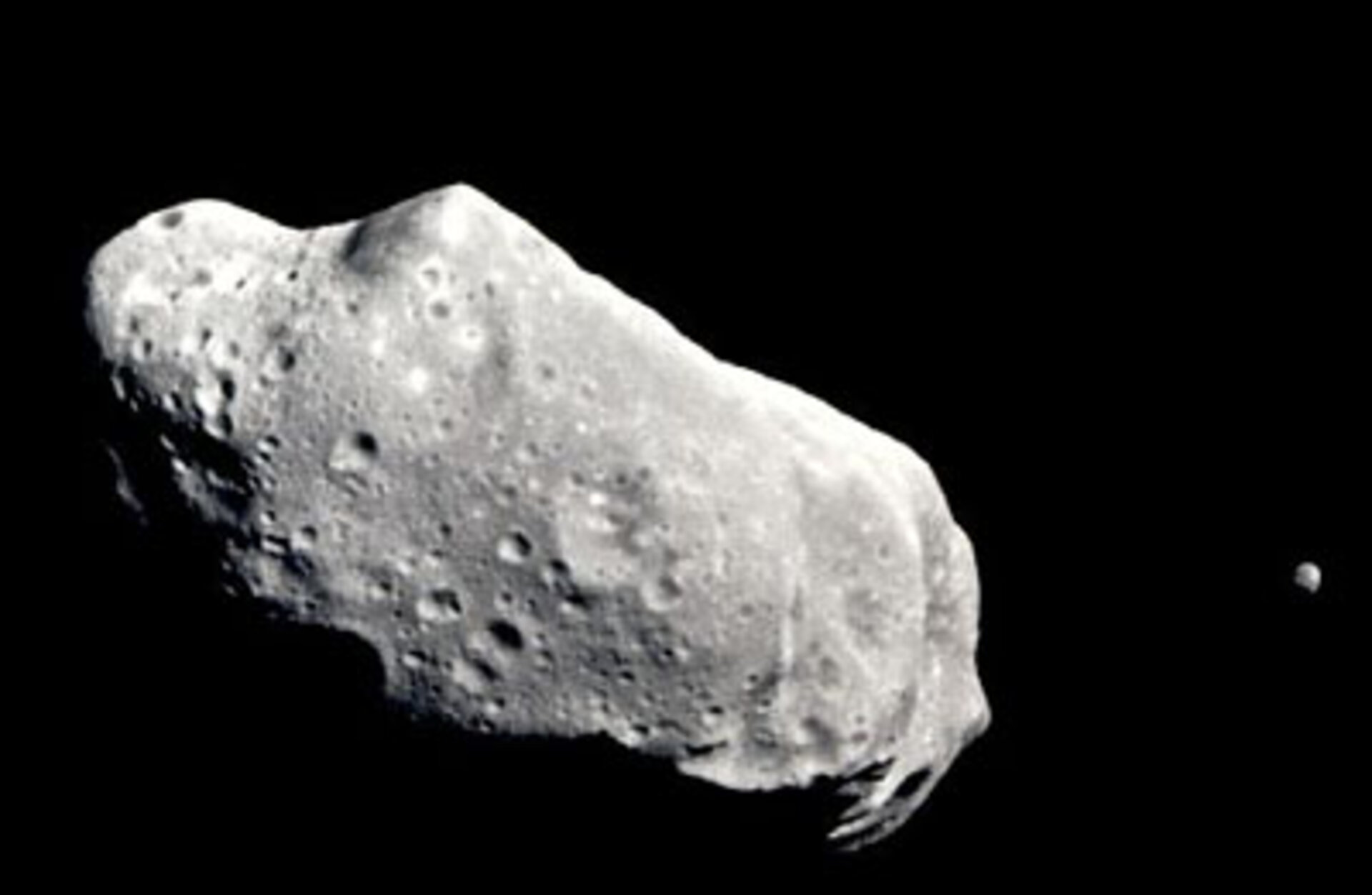 During the 18th century, astronomers were fascinated by a mathematical expression called Bode's law. It appeared to predict the locations of the known planets, but with one exception...

Bode's law suggested there should be a planet between Mars and Jupiter. When Sir William Herschel discovered Uranus, the seventh planet, in 1781, at a distance that corresponded to Bode's law, scientific excitement about the validity of this mathematical expression reached an all-time high. Many scientists were absolutely convinced that a planet must exist between Mars and Jupiter.

By the end of the century, a group of astronomers had banded together to use the observatory at Lilienthal, Germany, owned by Johann Hieronymous Schröter, to hunt down this missing planet. They called themselves, appropriately, the 'Celestial Police'.

Despite their efforts, they were beaten by Giuseppe Piazzi, who discovered what he believed to be the missing planet on New Year's Day, 1801, from the Palermo Observatory.

The new body was named Ceres but subsequent observations swiftly established that it could not be classed a major planet as its diameter is just 940 kilometres (Pluto, the smallest planet, has a diameter is just over 2300 kilometres). Instead, it was classified as a 'minor planet' and the search for the 'real' planet continued.

Between 1801 and 1808, astronomers tracked down a further three minor planets within this region of space: Pallas, Juno and Vesta, each smaller than Ceres. It became obvious that there was no single large planet out there and enthusiasm for the search waned.

A fifth asteroid, Astraea, was discovered in 1845 and interest in the asteroids as a new 'class' of celestial object began to build. In fact, since that time new asteroids have been discovered almost every year.

It soon became obvious that a 'belt' of asteroids existed between Mars and Jupiter. This collection of space debris was the 'missing planet'. It was almost certainly prevented from forming by the large gravitational field of adjacent Jupiter.

Now there are a number of telescopes dedicated to the task of finding new asteroids. Specifically, these instruments are geared towards finding any asteroids that cross the Earth's orbit and may therefore pose an impact hazard.