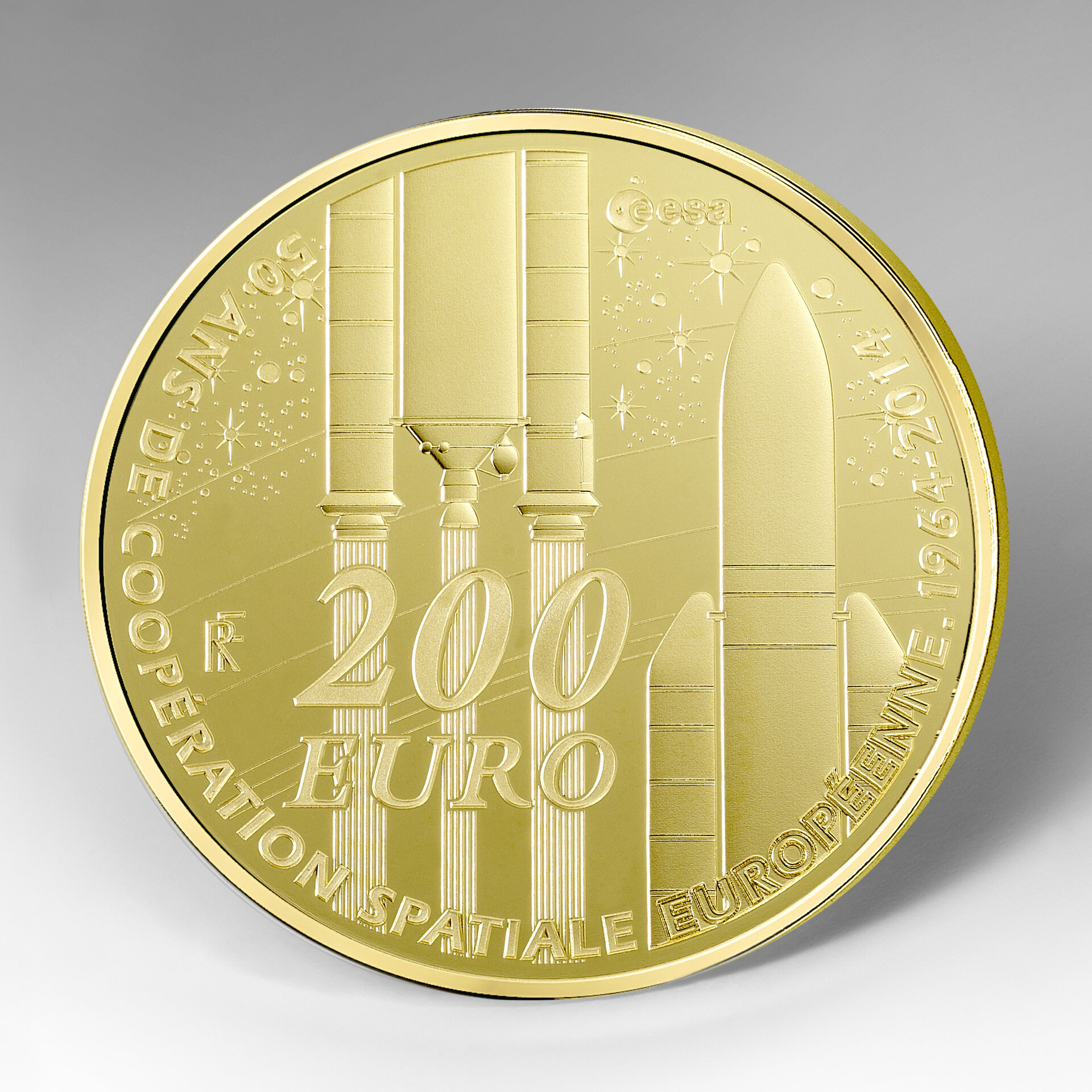 2014 is a milestone year for Europe as it looks back with pride on 50 years of space cooperation. To mark this important anniversary, the Monnaie de Paris, France’s national mint, is issuing a set of collectors’ coins in gold and silver to celebrate Europe’s exploits in space.

The collection, dubbed '50 Years of European Space Cooperation', forms part of the Europa series, which every year since 2002 has featured on the reverse side of these coins individuals or events that have made contributions to European cooperation and construction. The themes for these collections struck by Monnaie de Paris are all approved by the French Ministry of Finance.

Wishing this year to pay tribute to Europe’s successes in space, the Monnaie de Paris naturally turned to ESA, which in its several decades of existence has achieved success upon success. The two organisations have been working together since September 2013 on this project now seeing the light of day, which is certain to delight collectors and space enthusiasts alike.

As the best-known and most popular symbol of this historic cooperation, the Ariane launcher was chosen to appear on the coin. It is depicted both before liftoff and in flight. The ellipses used in the background represent the orbits of the many satellites successfully launched by Ariane in its long and illustrious career.

The ESA logo is at top right with the inscription “50 ANS DE COOPÉRATION SPATIALE EUROPÉENNE 1964-2014” appears around the coin’s circumference. The reverse side features the goddess Europa, her hair strewn with stars, and draped in 12 flags (some on their poles on the left of the coin). Around her head, 12 euro symbols signify the 12 stars of the European flag.

In this cooperation, engravers at the Monnaie de Paris began working on initial draft designs of the coin with the Ariane launcher as the centrepiece.

To reach the final design required the efforts of a team of expert craftsmen including engravers, polishers and coinmakers, as well as dozens of hours of work, to achieve the very highest levels of craftsmanship which are the mark of every gold or silver coin to emerge from the workshops of the Monnaie de Paris.

The collection will be available from 10 February 2014 and will include the following coins: gold €5, gold €50, gold €200, gold €500 and silver €10. You can obtain these coins from Monnaie de Paris or directly through the resellers in different countries.