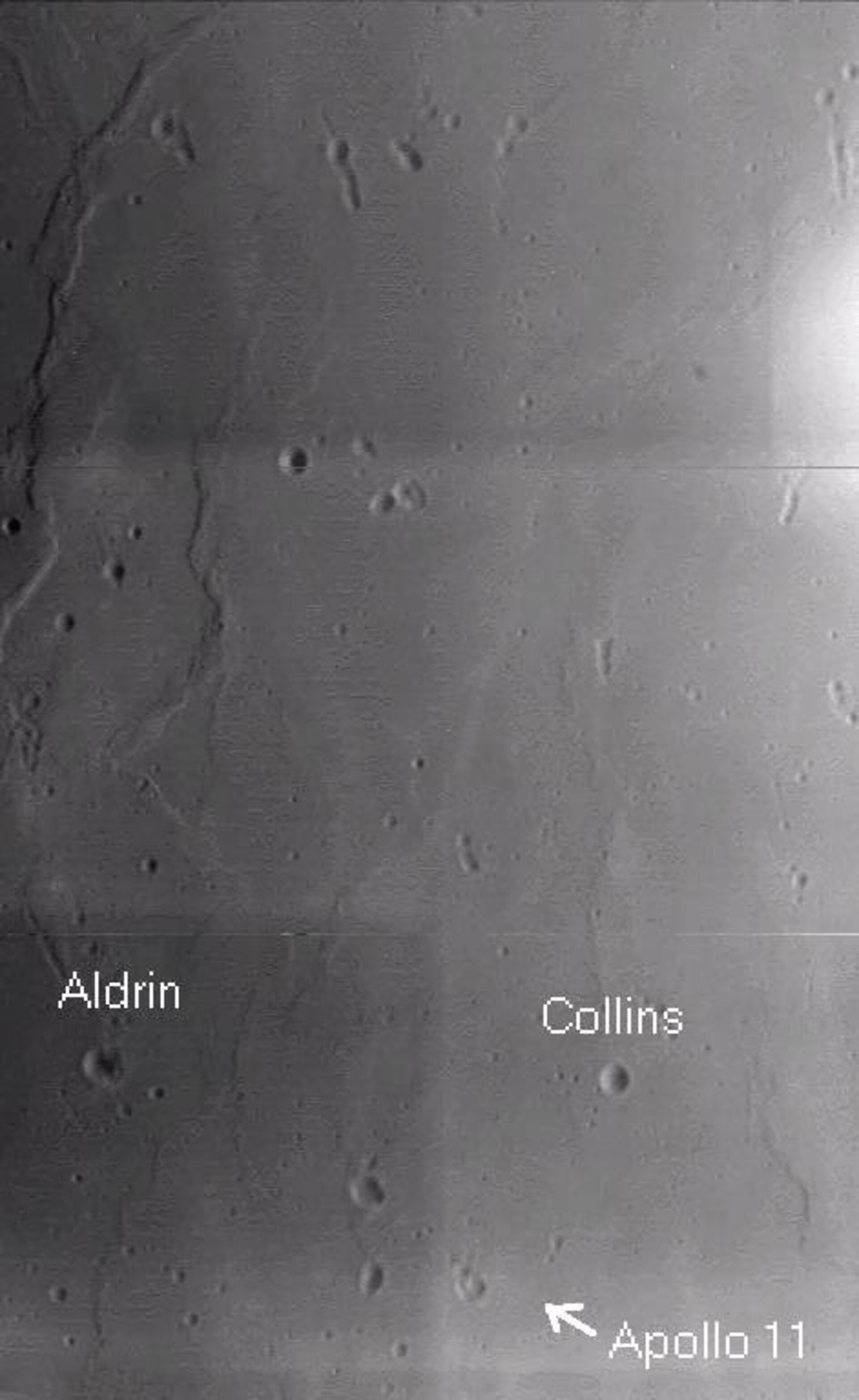 SMART-1's AMIE camera obtained this image on 5 February 2006 from a distance of 1764 kilometres from the surface, with a ground resolution of 159 metres per pixel. The imaged area is centred at a longitude of 23.9º East close to the Moon equator, at 1.7º latitude. This image is a mosaic of several filter images of AMIE, the boundaries of which can be seen by thin horizontal lines (north is up).

SMART-1, the first European mission to the Moon, concluded its adventure in the early morning of 3 September 2006 when it impacted on the lunar surface in the 'Lake of Excellence'.

The area in the image is close to crater Moltke (just out of view) in the Mare Tranquilitatis. The arrow shows the landing site of Apollo 11, where the first men from Earth set foot on another object in our Solar System on 20 July 1969. The two prominent craters nearby are named after two of the Apollo 11 astronauts. The first man on the Moon, Neil Armstrong, has a crater named after him outside the field of this image.

As can be seen from the image, the area which was selected for the first landing has a fairly featureless, on a large scale smooth surface. This was done on purpose to make the landing easier.

The landing sites of the Apollo missions are important calibration targets for lunar remote-sensing missions, as these are the places from where material was brought back to Earth and analysed in detail. The age of the rocks returned with Apollo can be determined with radioisotopic dating methods to very high accuracy and give 'reference points' to remote sensing instruments.

"From SMART-1 observations of previous landing sites we can compare remote observations to the ground truth, and expand from local to global views of the Moon, and we can better define potential sites for future landers," said Bernard Foing, ESA’s SMART-1 Project Scientist. The SMART-1 team is contributing its experience and data set for potential future missions of lunar orbiters and landers.