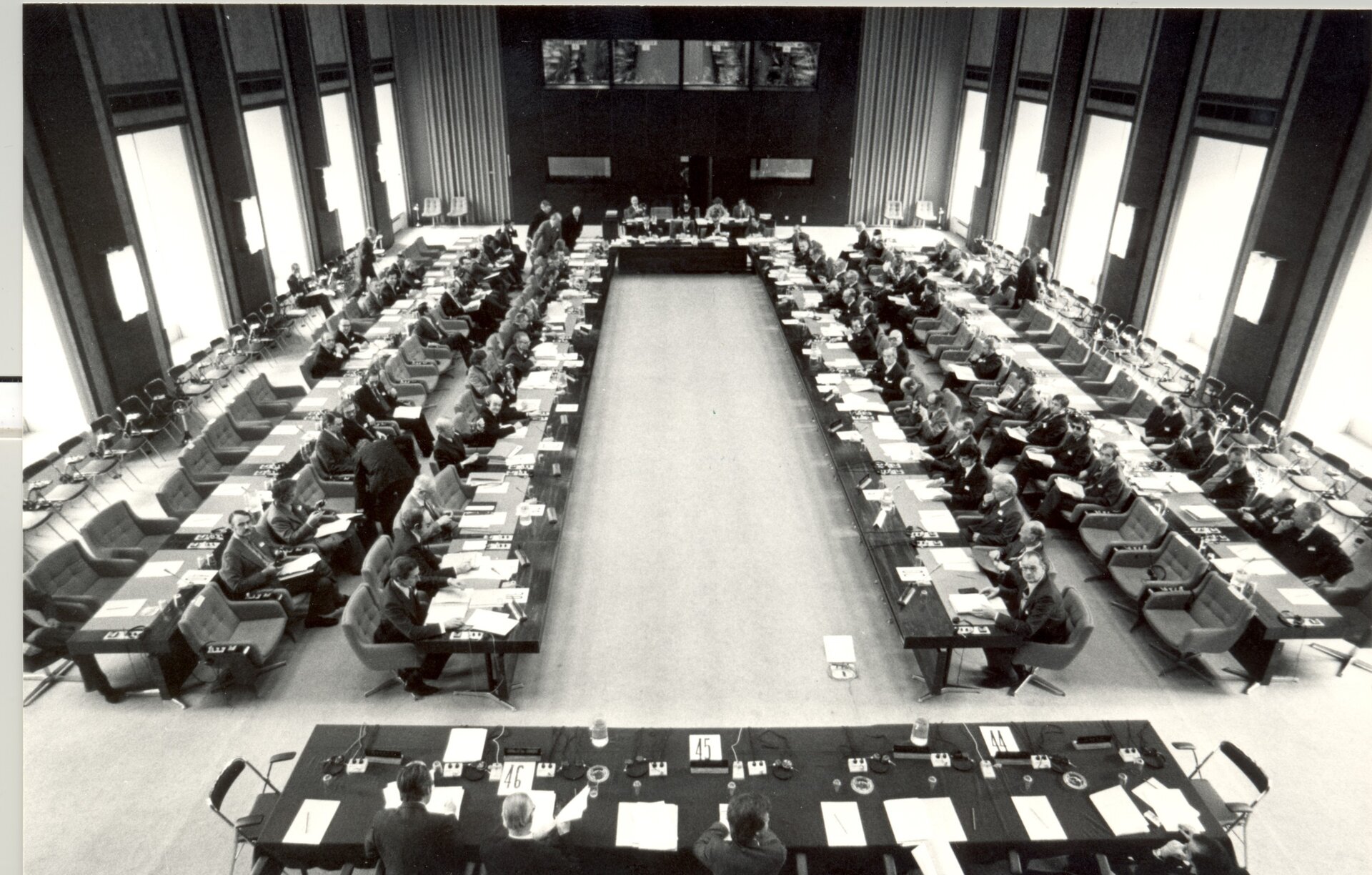 The first conference, in December 1972, defined the content of the programmes, called the 'Second Package Deal'. (The 'First Package Deal' refers to a shift in policy for ESRO in 1971, in which it reduced its role in scientific research in favour of undertaking applications programmes on telecommunications, aeronautical communications and meteorology.)

The Second Package Deal included: combining ESRO and ELDO functions into a single agency, whose role would be to coordinate and progressively integrate into a single European programme the various individual national space activities; the French L3-S rocket design would be adopted as the future preferred European launcher, later renamed Ariane; ESA would cooperate with NASA in their Space Shuttle programme by developing Spacelab; and a maritime navigation satellite would be developed as part of an applications programme.

The second European Space Conference, chaired by Belgian Minister Charles Hanin in July 1973, obtained agreements on all points, leading to the agreement on Spacelab being signed with NASA in September, and other agreements formalised, in particular that of Ariane.

The third conference, held at the Palais d’Egmont, Brussels on 15 April 1975, approved the terms of the final draft of the ESA Convention, which was signed at the Conference of Plenipotentiaries, in Paris, on 30 May 1975, by ten Member States. ESA functioned de facto from 31 May 1975, with the ESA Convention finally entering into force 30 October 1980.

(with excerpts from International Cooperation in Space: The example of the European Space Agency, by R.M. Bonnet & V. Manno, Harvard University Press, 1994)