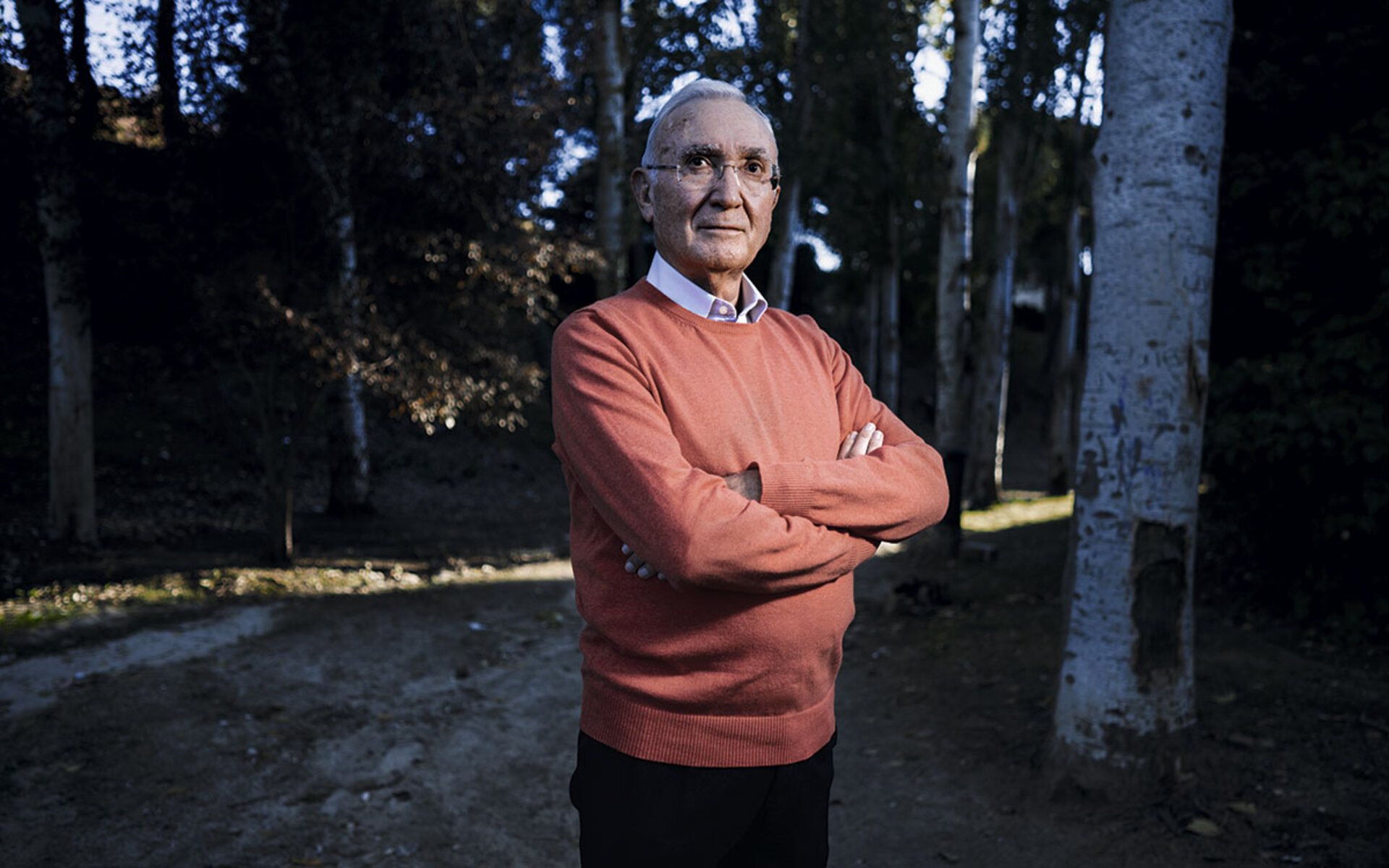 Valeriano Claros-Guerra of Spain was among the first to hear signals from the Apollo 11 astronauts on the Moon, before becoming a vital advocate of the ESA ground station network.

Valeriano was a student when he earned a scholarship to tour the French telecommunications industry and set his heart on working in space.

“I got this scholarship and the French government’s intention was to show to new engineers in telecommunications the big developments in industry in France. We arrived into to Pleumeur-Bodou, which was the first Intelsat station in France, and we were invited to stay a few days; it was the first time that France and the Soviet Union were testing some communications satellites in order to evaluate the SECAM TV transmission.

“I realised that it was a very important and interesting place. When I was a child I was a big reader of Flash Gordon stories so when I saw this antenna I was really impressed  – it still exists; it’s at the museum; It’s like a cornucopia – and thought I want to continue making my profession in space activities. And finally I was lucky enough to really accomplish that.”

Following university, Valeriano gained experience working in telecommunications with Standard Electrica (ITT). By that time, NASA came looking for engineers, and his fluent English was a huge bonus.

“Spain in the past was a country where languages were not taught very much – children were not so prepared, which is not the case today. In Spain now every child has a second language in school – English, or in some regions three languages.

“During the summer when I was a student, I was helping my father in his bakery and I met a tourist there, Mr Duncan. He said, ‘Oh you’re studying engineering but your English is not so good’. I answered my father couldn’t send me to England to study. In a few months, I received a scholarship from director of Decca Radar Limited to work in marine radars; this was near Tolworth, very close to Croydon and there I learned a lot of my English.”

An agreement between Spain and United States had allowed NASA to install a small ground station near Maspalomas lighthouse on Gran Canaria. It was used to support Mercury and Gemini programmes. By the time Valeriano arrived on the Canary Islands, a new ground station was being developed.

"When I got there, they were transporting antennas with camels from the lighthouse to a new location. NASA established procedures that really formed our mentality – the training we got was really impressive. You had to operate equipment in very specific ways and if failures were detected,  had to be repeated and repeated and repeated until it was fixed. So if you encountered a problem you really knew exactly what you had to do to resolve it.”

At the crucial moment, when Neil Armstrong set down Apollo 11 Lunar Module on the surface of the Moon for the first time, the engineers in Canary Island station, were among the first to know.

“We had the great fortune to be tracking the Moon landing along with the stations of Fresnedillas and Robledo. This is one of my most vivid memories of the Apollo missions.

“Of the three NASA stations in Spain, the station in Gran Canaria Island had a particularity. In addition to being able to receive voice, data and telemetry signals using S-Band, we also received the voice through VHF band. In case there was an S-band failure, Houston could continue to communicate with astronauts through VHF.

“So this was what happened when the Lunar Module Eagle was landing: we heard lot of noise, and thought that communications were going to be lost, and that created big tension.  So we only relaxed when we heard ‘The Eagle has landed’.

"The Mission Control in Houston said: 'Congratulations and there are some people here turning blue and now they can breathe'. It happened also to us because we weren’t sure in the end that everything was a success.”

Valeriano had been on console for the landing, but stayed on late at work to hear astronauts leave the Lunar Module and finally set foot on the Moon.

“I was on the shift from 16:00 to midnight, but we didn’t know how long it would take for them to come out, so I decided not to go home. I stayed there until they opened the hatch and then we heard Armstrong say the famous phrase about his step. Then you relax. I had one of these chairs that you take to the beach that was close to the station, and I decided to rest there thinking about what was going to be my future.”

There were darker days to come though. In 1975, after the ground station had participated in all Apollo missions, in Skylab and ASTP, NASA decided to close the station. Valeriano’s experience and recommendations from NASA helped him find a new home at ESA VILSPA tracking Station in Madrid and later, in what he considers the second big highlight of his career – setting up the New Norcia ground station.

“I started there trying to buying a piece of land for ESA, but at a time the Agency was not even registered as an international organisation in Australia. Our first step was to obtain this registration. To buy the land, I was helped by the abbot of nearby monastery and in the end one of the farmers allowed us to buy a piece of land and now you have beautiful New Norcia station near Perth.”

Valeriano went on to lead ESAC, and as the establishment grew and a new director took over, he stayed on to make sure the deep space antenna at Cebreros station was established. He refers many times to being ‘lucky’ throughout his career, but looking at what he has achieved at ESA and beyond, it seems the space industry has been lucky to have him.