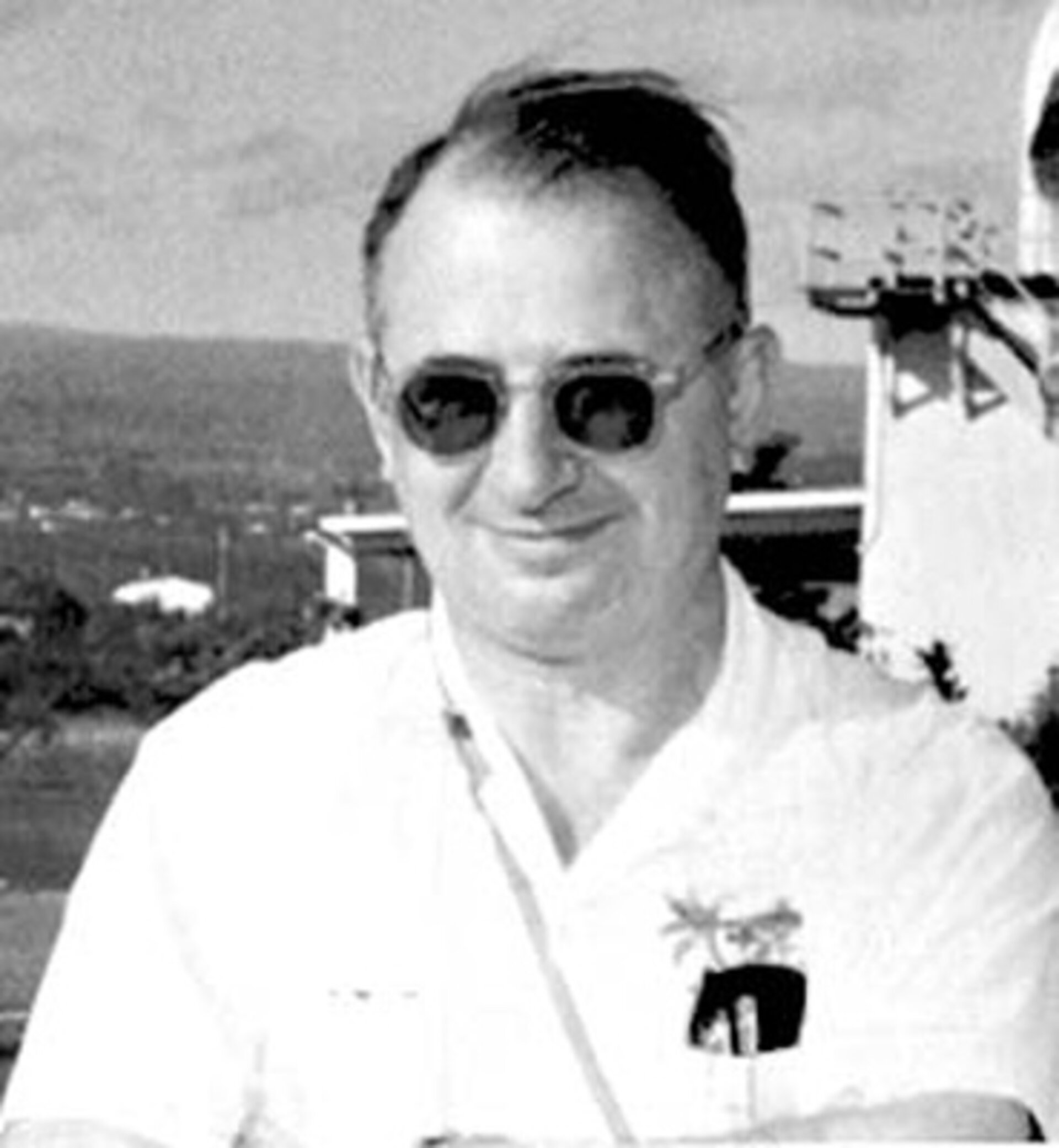 Wexler was a man of vision, ready to face danger and to give his all to collecting useful data. He was the first scientist to deliberately fly into a hurricane and also participated in polar expeditions. His was the mind behind the very first meteorology satellite and even before it reached orbit, he was already dreaming of a global network of satellites to watch the weather worldwide.

Born in 1911, Harry Wexler entered the prestigious Harvard University in Cambridge, Massachusetts, in 1929. While still a student, he joined the US Weather Bureau where he continued his career until his untimely death in 1962.

In the 1930s, meteorology was still in its infancy and the Weather Bureau mostly relied on weather observations to issue forecasts for the next day. The theory of air masses and weather 'fronts', developed by Norwegian meteorologists in the 1920s, was still under debate.

In December 1938, Francis Reichelderfer, a famous military meteorologist, was appointed head of the Weather Bureau. For more than 10 years he had studied the theories of the Norwegian Bergen School of meteorologists and their approach to predicting weather based on physical principles for analysing weather fronts, and air masses based on fluid mechanics. Before moving to the Weather Bureau he had already applied these theories at the US Navy’s dirigible service.

On appointment, Reichelderfer began pushing the Weather Bureau towards the Bergen methods of forecasting. To manage this ‘revolution’, he surrounded himself with young scientifically minded individuals; among them Harry Wexler, who gained a PhD in meteorology from the Massachusetts Institute of Technology in 1939.

At the heart of the storm

For a few years the USA was spared from the Second World War but, after Pearl Harbour, the US Weather Bureau began to be immersed in the global confrontation. In 1942, Harry Wexler was sent to the weather service of the US Army Air Corps, the predecessor of the US Air Force.

On 14 September 1944, Major Harry Wexler made history by being the first scientist to deliberately fly into a hurricane to collect scientific data. On board a Douglas A-20 Havoc bomber, he and Col. Lloyd Woods and Lt. Frank Record plunged into a huge hurricane originating in the Bahamas and headed towards New England. Bucking winds of up to 200 km/h they successfully reached the eye of the storm off Chesapeake Bay and then flew back to Washington. Interviewed by Time magazine on their return, the daring trio claimed their ride was 'not as bad as flying through a summer thunderstorm'.

Wexler brought back major findings: besides its horizontal circular motion, a hurricane has strong upward air currents at its vortex and down currents at its perimeter. When the bomber reached the eye, it was literally ‘sucked up’ by the vortex. According to the pilots, 'it was like going up in an elevator'.

In 1946, Wexler returned to the US Weather Bureau with a promotion to Chief of the Scientific Services Division. As head researcher, he actually pushes the Bergen approach one step further by promoting not only the geographical extension of weather observation but also the diversification of data to be collected for a comprehensive survey of the atmosphere. Among the elements he wanted to monitor were concentrations of gases such as ozone and carbon dioxide, and solar radiation. To sample the atmosphere he set up meteorological observatories in remote areas such as the top of the Mauna Loa volcano in Hawaii.

By 1947, Wexler had already published work on the probing of hurricanes to determine their inner structure, using radar technologies developed for the war. In the following years the Weather Bureau deployed a network of radar stations for severe weather warning.

Wexler also pioneered innovative concepts such as the study of atmospheres on other planets to better understand the behaviour of our own, and the use of high-speed computers for numerical weather prediction and even weather modification.

In 1955, Harry Wexler was named chief scientist for the US expedition to Antarctica for the 1957/58 International Geophysical Year (IGY). While the world watched the skies to catch a glimpse of Russia's first Sputnik, Harry Wexler and his team scrutinised the south polar skies to understand their dynamics.

Wexler's works are key to the formulation of the first complete and comprehensive model of the general circulation of air over the high ice dome of the Antarctic. From the radiosondes launched daily for more than eight years at the many permanent stations set up for the IGY all around the Antarctic coast, as well as within the frozen continent, Wexler discovered a strong clockwise wind system in the polar troposphere.

As a result of the IGY effort for weather research in Antarctica, Harry Wexler turned the Polar Research Group into a special task force to study the fundamental problems of the atmosphere.

In 1954, one year before being involved in the IGY polar expeditions, Wexler received a letter from the famous British science-fiction writer, Arthur C. Clarke. In 1945, Clarke promoted the idea of the geostationary orbit, which he envisioned being used for long-distance communication.

In March 1955, the US Air Force commenced studying concepts for future spy satellites. Among these was a project promoted by RCA to use a video camera to beam down pictures as unlike film-based cameras, it would not require sending back film in recoverable capsules. However, the US Air Force deemed the camera’s resolution too low to meet its requirements.

Nevertheless, in August 1957, the Defense Advanced Research Programme Agency (DARPA), which managed new technologies for the US Department of Defence, initiated the development of a project with a new mission: 'weather watch', based on inputs coming from Wexler’s division at the Weather Bureau. Despite the deep secrecy surrounding DARPA’s activities, the Weather Service was involved thanks to its strong traditional relationship with the military forces since its formation as a division of the US Army Signal Service back in 1870.

Clouds as seen from the skies

In April 1959, NASA took over from DARPA the new satellite programme christened Television and InfraRed Observation Satellite (TIROS) and the Weather Service was given the job of analysing the data.

The first satellite, Tiros 1, was launched into low Earth orbit on 1 April to become the world’s first meteorological satellite. During its 77-day lifetime it returned 22 952 pictures. Despite its low resolution, the video camera showed clearly that Earth’s cloud cover was organised through patterns on a global scale, corresponding to major weather systems. Tiros 2 followed in November, too late for the 1960 hurricane season but ready for operation when the 1961 season began. From now on, tropical storms would no longer strike by surprise.

In the early 1960s, the Tiros system was viewed as a technological demonstration in preparation for the future Nimbus research satellites. However, due to budgetary and technical constraints, the Tiros design was rapidly turned into an operational system and the first satellite launched in 1966.

Five generations and 38 spacecraft later, today’s ‘Advanced Tiros’ are operated by the National Oceanic and Atmospheric Administration (NOAA), the descendant of Wexler’s Weather Bureau. Together with their military equivalents from the Defence Meteorological Satellite Program (DMSP), they form the backbone of the US weather forecasting system and their observations are coordinated with those of their powerful European counterpart: MetOp.

The success of Tiros became a major achievement for the global community of meteorologists. The data collected spread worldwide, even to Russia and China. With plans being drafted for future geostationary satellites, the need for international coordination of observations became obvious to the scientific community and in 1961 the UN World Meteorological Organization issued recommendations for such a cooperation.

Wexler was named the US lead negotiator for discussions on the joint use of meteorological satellites with the only other space power of the time: the Soviet Union. In the midst of the Cold War, he and Russian meteorologist Viktor A. Bugaev laid the basis for an operational global weather monitoring system aimed at keeping Earth’s atmosphere under the eye of satellites.

As the international community of meteorologists experienced its first satellite revolution, Wexler continued working at the Weather Bureau. He spared little time for himself, devoting most of his energy to the advancement of atmospheric sciences through his own studies and the organisation of seminars, symposia, conferences and committees, both nationally and internationally.

On 11 August 1962, Wexler died suddenly from a heart attack. He was only 51 but had already initiated the move leading to the birth of World Weather Watch 12 years later. This network in geostationary orbit incorporates European satellites, with the Meteosat series from 1978 onwards, as well as Indian, Japanese, Russian and US satellites.

As a tribute to his work, a 4025 m ice-free mountain in the Hughes Range of Antarctica is named after him as well as a crater with a 51 km diameter on the eastern limb of the Moon.