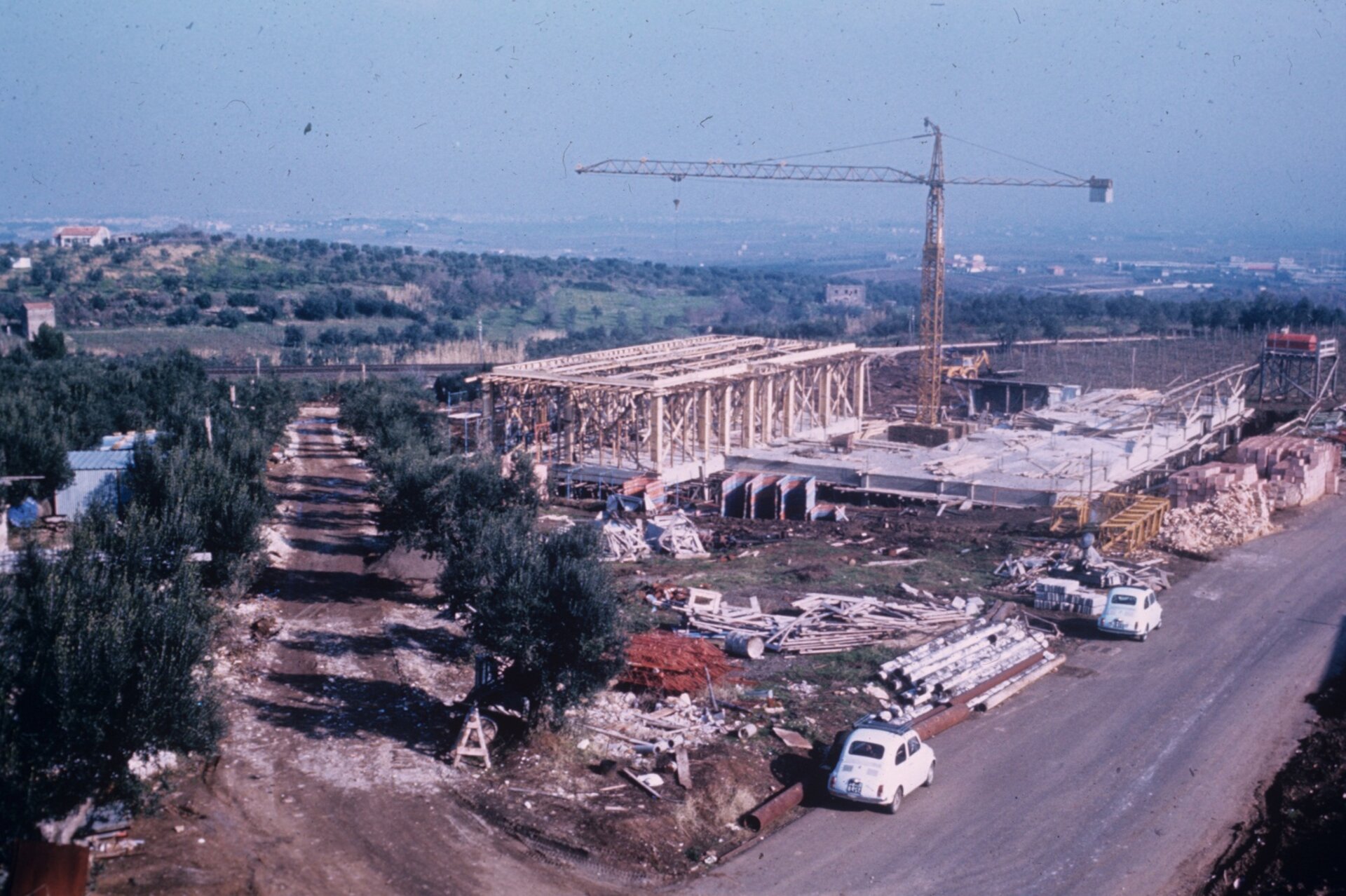 After years in the Park Hotel in Frascati, construction of the new European Space Research Institute (ESRIN) buildings was approved in July 1967. This view is during construction in 1970.

The story of ESRIN goes back further. Fifty years ago, one of the major challenges that ESRO had to face was agreement on where to locate its various facilities. The choices of locations for the new organisation’s three main establishments (a headquarters, a technical centre and data processing centre) were determined by political considerations. Luigi Broglio, the chief figure in the Italian national space programme and Vice-Chairman of the COPERS commission, proposed an additional facility for Italy with a different focus. In April 1962, delegations recommended to COPERS that ‘a laboratory of a size and scope to be decided by the Council should be established in Italy’.

In June 1962, a laboratory for advanced research, called ESLAR, was set up. It was later renamed ESRIN, the European Space Research Institute. It would complement the other ESRO activities by providing a group of experts with a main laboratory concentrating on studying physical and chemical phenomena in space. The first four staff members arrived at the end of December 1965 and operated from the Park Hotel in Frascati.

The erection of a two-storey experimental building began in April 1968, and the ceremony to lay the cornerstone of the new ESRIN site took place on 27 September 1968. Addresses were given by Prof. Hendrick C. van de Hulst, Chairman of ESRO Council, Hermann Bondi, ESRO Director General, Hermann Jordan, the Director of ESRIN, and Prof. Mario Pedini, Undersecretary of State for Scientific Research in Italy. A blessing was given by the Archbishop of Frascati and a Latin-inscribed scroll was sealed inside the cornerstone.

New orientations of ESRO between 1971 and 1973, together with the decisions taken by the European Space Conference, had a severe impact on the role of ESRIN. The space physics laboratory was closed and the establishment took on other tasks in the next decade, namely the Space Documentation Service and the development of the Information Retrieval Service database.

In the 1990s, the need to manage the data of ERS-1, ERS-2 and Envisat again changed the configuration of the establishment. ESRIN is now the main ESA centre for Earth observation, where the largest archive of environmental data in Europe is held and over 20 ground stations and ground segment facilities in Europe are coordinated. It also hosts the project team managing the Vega small-launcher programme.