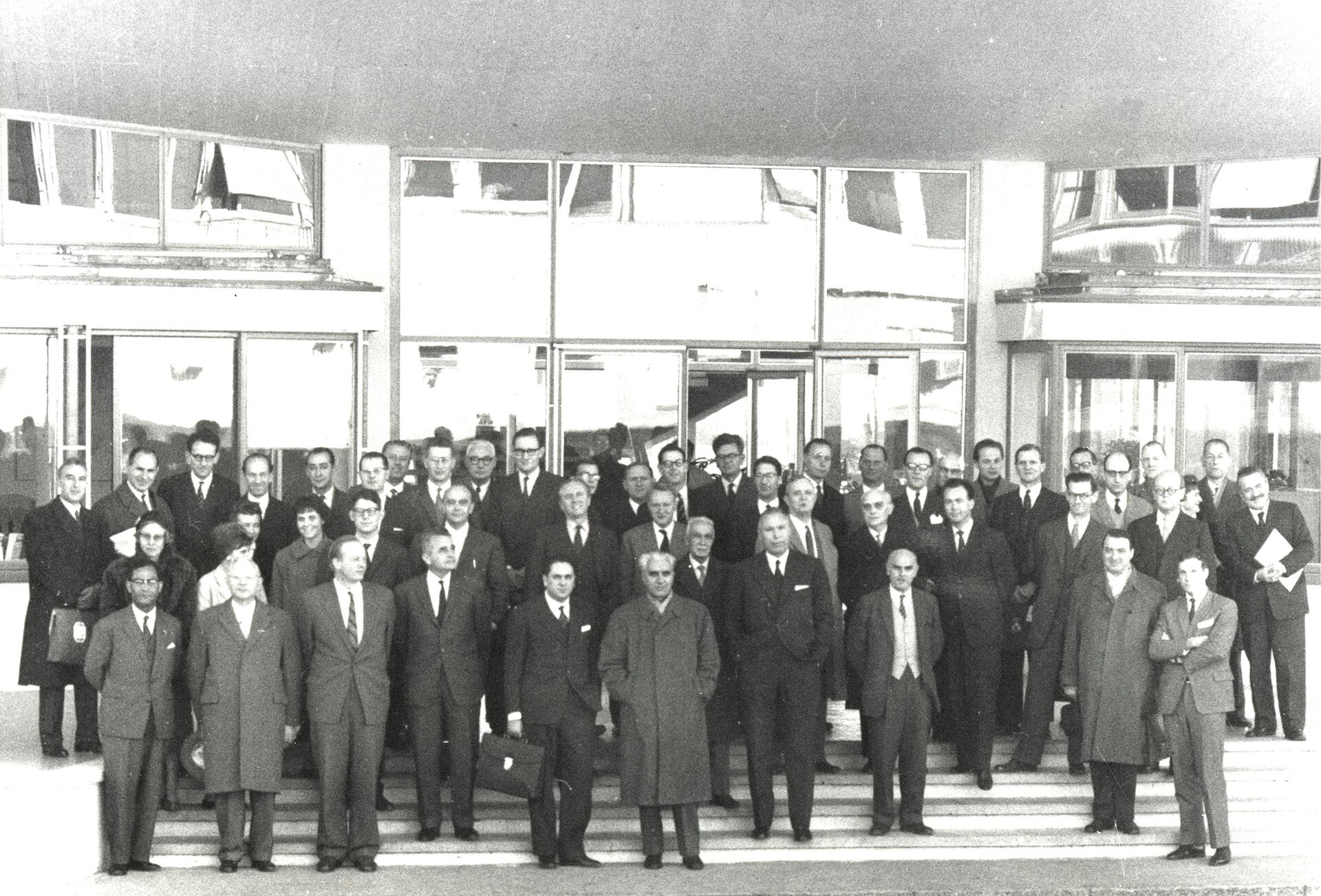 Delegates of the Intergovernmental Conference of Space Research at Meyrin, Geneva, from 28 November to 1 December 1960. The meeting was chaired by Sir Harrie Massey of the UK. The Secretary of the conference, Pierre Auger, is not in the picture. These delegates sanctioned the formation of a Preparatory Commission to Study the Possibilities for European Collaboration in the Field of Space (COPERS), deciding the future direction of Europe in space.

The collaborative European space effort was officially born 50 years ago. In the late 1940s and 1950s, European integration in advanced scientific and technological developments was then very much in the air – until two leading scientific statesmen, Pierre Auger of France and Edoardo Amaldi of Italy, made the first steps towards establishing a significant European presence in space.

Amaldi’s informal paper on the ‘Introduction to the discussion on space research in Europe’, written in 1959, suggested the creation of a ‘European Space Research Organisation’ that would need five years to get itself off the ground. The momentum was being established, leading to a meeting of those interested with the Committee on Space Research, held in Nice, France, in January 1960. The Sir Harrie Massey came armed with a blueprint for a possible programme for a European space organisation. Scientists met again shortly afterwards in Paris, in February 1960. A major step forward was taken at this gathering towards formalising the European space programme, based on Massey’s proposal.

The high-level meeting of scientific and government officials at CERN, Meyrin, near Geneva, in late 1960, approved the Commission to Study the Possibilities for European Collaboration in the Field of Space (COPERS). By the end of 1960, it was widely accepted that European space science should be organisationally distinct from launcher development.

Thus were the seeds sown for Europe to enter space with two organisations. One was the European Space Research Organisation (ESRO) that emerged from COPERS. The other was the European Launcher Development Organisation (ELDO) whose structure was defined in parallel negotiations between a smaller group of governments and which included a non-European country, Australia, among its Member States.