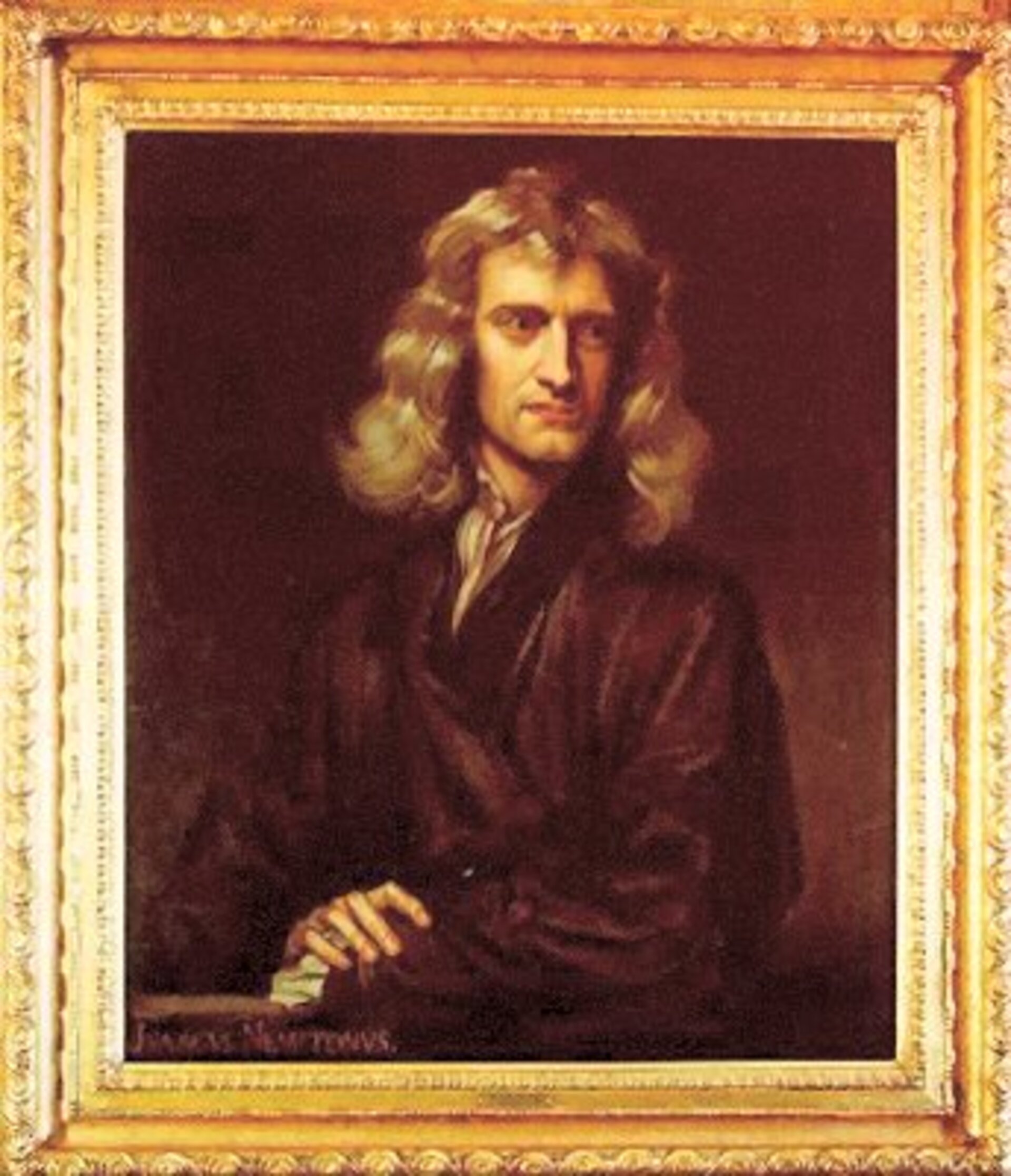 Isaac Newton was born on 25 December 1642 in Woolsthorpe, England, within a year of Galileo’s death in Italy. Newton’s work in the field of mathematics, optics, and physics laid the foundations for modern science. He made a huge impact on theoretical and practical astronomy.

One of his first great achievements was the invention of 'fluxions' or integral calculus, providing him with the mathematical tools he required for the rest of his work.

His second breakthrough was the discovery of the law of the composition of light, described much later in Opticks, published in 1704. His demonstration that light can be split with a prism into its different colours forms the basis of spectroscopy, which is a powerful method for deducing the physical conditions of the body emitting the light.

Newton was one of the first to make a reflecting telescope. However, his most profound contribution to science is the formulation of three Laws of Motion, described in Philosophiae Naturalis Principia Mathematica in 1687, which also lays the foundation for the principle of universal gravitation. In Principia he states, "There is a power of gravity pertaining to all bodies, proportional to the several quantities of matter which they contain."

With this, Newton proposed that all objects in the Universe pulled on each other through gravity. It was the reason why planets move in orbits and why objects fall to the Earth. However, this new knowledge brought difficulties since if each object affected every other, the resulting calculations of their motion were extremely complex. Newton admitted to being unable to calculate the orbits of the planets in the Solar System other than in a general way, though his results were better than his predecessors. He thought that the planets would gradually pull each other from their orbits and that God would have to intervene to re-order them.

Before Newton, the nascent investigation of nature that we now call science was a mixture of isolated facts and laws, capable of describing and predicting some phenomena. By applying a rigorous approach to his investigations, Newton gave science a unified system of laws that could be applied to a wide range of physical phenomena. He died in 1727 and was buried in Westminster Abbey, London, the first scientist to be honoured in this way.

ESA honoured him by adding his name to its XMM mission. The X-ray space telescope, launched on 10 December 1999, is known as XMM-Newton. The name was chosen because XMM is primarily a spectroscopy mission, even if it works at X-ray wavelengths rather than visible light.