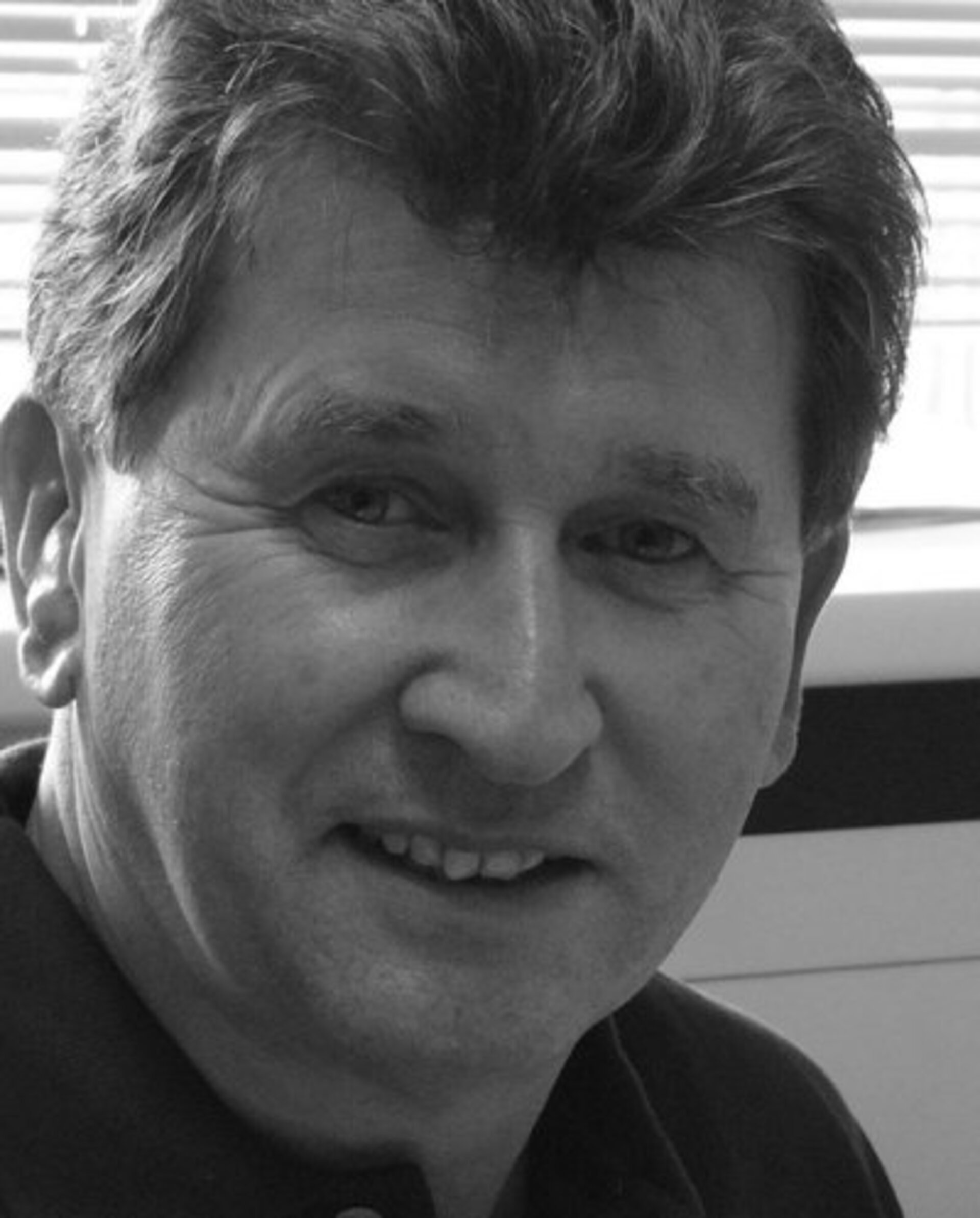 From growing up on the family farm in France, to exploring the largest moon of Saturn, the most distant world ever reached by a spaceprobe, Jean-Pierre Lebreton has worked for over 20 years to turn a daring idea into a tremendous success. Now he is working on new missions to the outer Solar System.

Jean-Pierre Lebreton was born in a tiny village near Chartres on 21 August 1949. Growing up on his family's farm in the heart of Beauce - one of the flattest areas of France - he developed an interest for the dark night skies and became fascinated by shooting stars and meteors. His interest in space grew when in February 1961 he monitored a total eclipse of the Sun with his science class.

As a young man, Lebreton saw his studies as a way to escape from the rural world of his youth, and as he showed talent in maths and physics he decided to study science. Although ‘space mania’ was at its height, with to the Apollo missions to the Moon, but the young French student was not yet thinking about making a career in space.

In fact, Lebreton entered the space domain almost by chance while studying plasma physics in preparation for his doctorate. As part of his studies he joined the Group for Ionospheric Research (GRI) in Orléans. This research centre, part of CNRS the French National Centre for Scientific Research, was the forerunner of today’s LPCE (Laboratory for Physics and Chemistry of the Environment). During his time there Lebreton worked on experimental aspects in simulated space environments and became particularly interested in the development of instruments, a skill that would serve him well during his future space science career.

In 1978 he presented his thesis in experimental physics on the development of diagnostic methods to analyse Earth’s ionised environment. After graduating, his primary supervisor suggested he should apply to join the Scientific Support Department at ESTEC, ESA’s European Space Research and Technology Centre in the Netherlands, as a post-doctoral researcher. He was selected to work on processing data collected both in laboratories and in space from missions such as ESA’s GEOS satellites and the joint NASA/ESA International Sun-Earth Explorers (ISEE). Working with data collected by the Porcupine sounding rockets in 1976, with the assistance of ESTEC’s satellite testing team he was able to resynchronise incompatible analogue and digital measurements to reprocess and merge data by digitising the analogue tape with high time accuracy.

Lebreton became an ESA staff member in May 1980 when he was recruited by ESTEC and given technical responsibility for the PICPAB (Phenomena Induced by Charged Particle Beams) instrument to be flown on board Spacelab 1 in 1983. This project was his first opportunity to learn about the scientific and technical management of an international project, another skill which proved very useful in the future.

Building on the success of the Voyager probes to Jupiter and Saturn in the early 1980s, NASA commenced studying a new generation of large exploration spacecraft called Mariner Mk2. In parallel, a European-led international team proposed that ESA should send a mission to Titan, Saturn’s largest moon. In 1983, two missions are selected to initiate the Mariner Mk2 programme: a Comet Rendezvous and Asteroid Flyby (CRAF) and a Saturn orbiter and Titan probe. NASA invited ESA to cooperate on both missions but cooperation only materialised for the Saturn orbiter, soon renamed Cassini, where ESA took the lead for the Titan probe.

In 1984 Lebreton became ESA’s study scientist for Cassini. Together with his NASA counterpart, his job entailed coordinating the scientific aspects of the early studies for the mission. When the programme was approved for development, the Titan probe was renamed Huygens and Lebreton became the project scientist for Huygens. His job: to ensure the probe returned the best science possible. For more than 20 years he lived with Saturn and Titan as his targets, investing most of his working time in managing the US and European team of scientists and flying back and forth between ESTEC and NASA’s Jet Propulsion Laboratory (JPL) in California more than 50 times.

The birth of Cassini-Huygens was not easy, as the Mariner Mk2 missions had many opponents in the US Congress and even within NASA, who nicknamed them 'Battlestar Galacticas', mocking their large size. CRAF was cancelled in 1992 and its scientific objectives will eventually be fulfilled by ESA’s Rosetta probe, but Cassini-Huygens escaped the budget axe, thanks to its major European contribution (Cassini-Huygens is a joint NASA/ESA/ASI project). After years of uncertainties and failed opportunities, a true transatlantic cooperation in deep space exploration was born.

Although heavily involved in the Cassini-Huygens mission, Lebreton also worked on experiments for other space projects, such as Italy’s Tethered Satellite System (TSS), a captive sub-satellite to be deployed by the space shuttle at the end of a 20-km cable to study tether dynamics and explore new areas of plasma physics and electrodynamics. In 1992 he discovered an electrostatic anomaly on the spacecraft’s paint six months before the flight; the faulty paint had to be removed and the spacecraft repainted just three months before the launch. Unfortunately, the tether jammed on the first flight and broke on the second flight in 1996. However, so much was learnt from this unique mission that Lebreton remains convinced that electrodynamic tethers have a future, especially for missions to Jupiter where they might enable otherwise ‘impossible’ missions.

As a specialist on the Langmuir probe for plasma physics, he is also involved in ESA’s Rosetta and Proba 2 missions for probing the ionised environment of comets and Earth, as well as in the French Demeter microsatellite to determine possible connections between earthquakes and disturbances in the ionosphere.

In 1999 Lebreton was named study scientist for Venus Express, ESA’s first mission to the veiled planet. He played a key role in putting the mission together and advising on how to ensure that the best possible payload was placed on board despite the short amount of time that the science community had to develop it.

Unexpected problems with Huygens’ communications prevent him from becoming project scientist, when Venus Express is eventually approved in 2002.

On 15 October 1997, Cassini-Huygens was launched on its way to Saturn on a Titan booster. Cooperation on operations with JPL was very good and Lebreton’s request for an unplanned calibration test on Huygens’ communications was approved. In February 1999, an Earth-based antenna from NASA’s Deep Space Network beamed simulated Huygens’ signals to the Cassini orbiter. This test unveiled a reception anomaly due to the frequency shift induced by the Doppler effect. Tests were conducted on the Huygens’ engineering model at ESA’s European Space Operations Centre (ESOC) in Darmstadt, Germany, and another simulation with Cassini was carried out, shortly after its flyby of Jupiter. All confirmed the alarming results: in its launch configuration Cassini would not be able to collect data from ESA’s probe to Titan. The mission had to be revamped with a major modification of the early orbits around Saturn and the release of Huygens was postponed from the first to the third Titan flyby.

It took three years to validate this new scenario and develop new software for the mission. In the meantime, Lebreton became Huygens mission manager in 2002, enabling him to overview all aspects of the Huygens mission.

On 1 July 2004 Cassini entered orbit around Saturn and collected the first atmospheric data on Titan two days later. These data, together with later data collected both from Earth and Cassini during subsequent flybys, confirmed that the Titan atmosphere models used to design Huygens were good. After six months of intense reviews and engineering checks, the Titan probe was given the green light for its release the following Christmas. For Jean-Pierre Lebreton and his team, this was a period of anxious waiting as the sleeping capsule circled Saturn on a ballistic trajectory to Titan.

After a fiery entry in the upper atmosphere of the moon, the first signals from Huygens were picked up by the Robert C. Byrd Green Bank radio telescope in West Virginia, as part of an experiment set up only a few months earlier by Lebreton and one of his ESTEC telecommunication colleagues. Apart from being successful, this unique radio astronomy experiment saved the Doppler Wind experiment after the loss of one of the two Huygens communication channels onboard Cassini. In all, Huygens delivered 474 Mb of data, including some 350 pictures, unveiling a brand new Earth-like world. The probe was designed to study the atmosphere during its 148-minute descent but it survived landing and continued emitting for 72 minutes before contact was lost as Cassini dropped below its horizon. Earth-based radio telescopes actually received signals from Huygens for three hours 15 minutes after it landed.

There and back again

Two years after that memorable day, Lebreton is still helping the scientific community and coordinating the analysis of data from Huygens and Cassini.

“The role of a project scientist doesn’t end with mission success,” he explains. “They have to represent the scientific community and make their best effort to accommodate requirements for future flybys of the Huygen’s landing site by Cassini and also to carefully manage peripheral activities such as calibration and laboratory experiments to understand the collected data, as well as archiving data and derived results or products.”

This role of archivist for Huygens data is almost complete and Lebreton is looking forward for new surprises from Titan from Cassini. He also intends to bring his experience in planetology and international cooperation into new projects to explore fascinating worlds such as Europa, the frozen moon of Jupiter, which might hide an ocean under its icy surface - or to return to Saturn. “This time we’d like to send a nuclear-powered hot-air balloon into Titan’s atmosphere," he says.

“We have to capitalise on the experience we acquired with Cassini-Huygens to make sure that such cooperative projects can be renewed in the future,” he says. “This requires patience, tact and humility.” And a lot of common sense from the young country boy who grew up to become a leading planetary explorer.