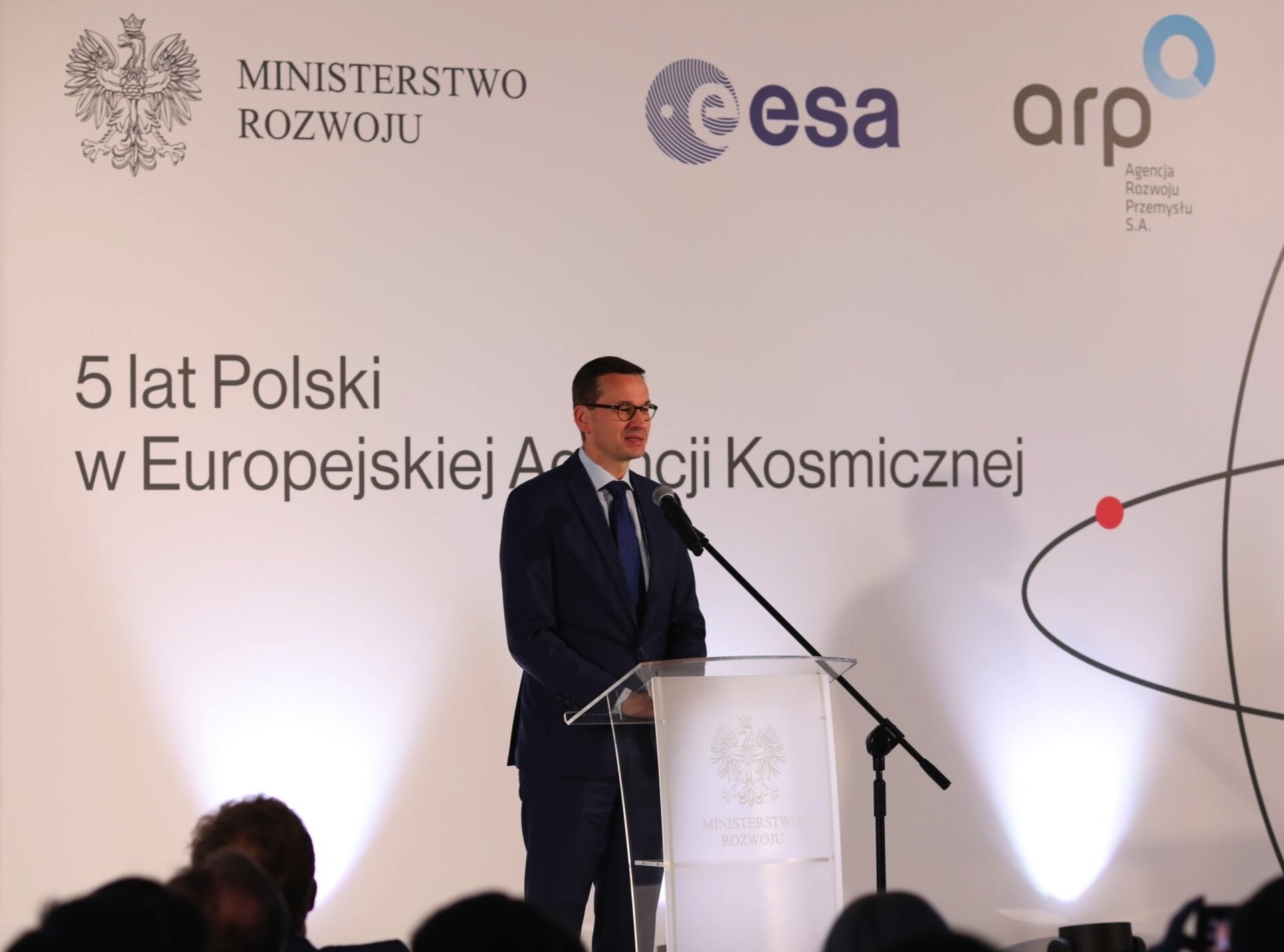 Poland became ESA’s 20th Member State on 19 November 2012 and a dedicated conference was held in Warsaw this week to mark this fifth anniversary.

The conference sessions highlighted the many achievements in the cooperation between ESA and the Polish space sector, as well as prospects for further development. The various topics discussed included ‘Polish Space Strategy as an important element of Poland’s economic development’ and ‘Polish specialisations in space technologies’. The event included also the signing of the Copernicus Collaborative Ground Segment Agreement, to access Sentinel data, making Poland the 14th Member State to sign this agreement.

Poland’s cooperation with ESA is long-standing. In 1994, Poland was one of the first Eastern European countries to sign a Cooperation Agreement in the field of the peaceful use of outer space with ESA. A second step, the signature of European Cooperating State Agreement in 2007, paved the way for the Polish participation in several ESA research projects.

Poland has a long aerospace tradition and has contributed to many scientific and technological projects. Poland has participated actively in several ESA science missions, such as Integral, Rosetta, BepiColombo and Solar Orbiter, and in Earth observation activities with Envisat and Copernicus.

Poland exchanged Accession Agreements on the ESA Convention on 13 September 2012, and completed the final step in the very short ratification process on 19 November of the same year, depositing the ‘ratification instrument’ with the Government of France.