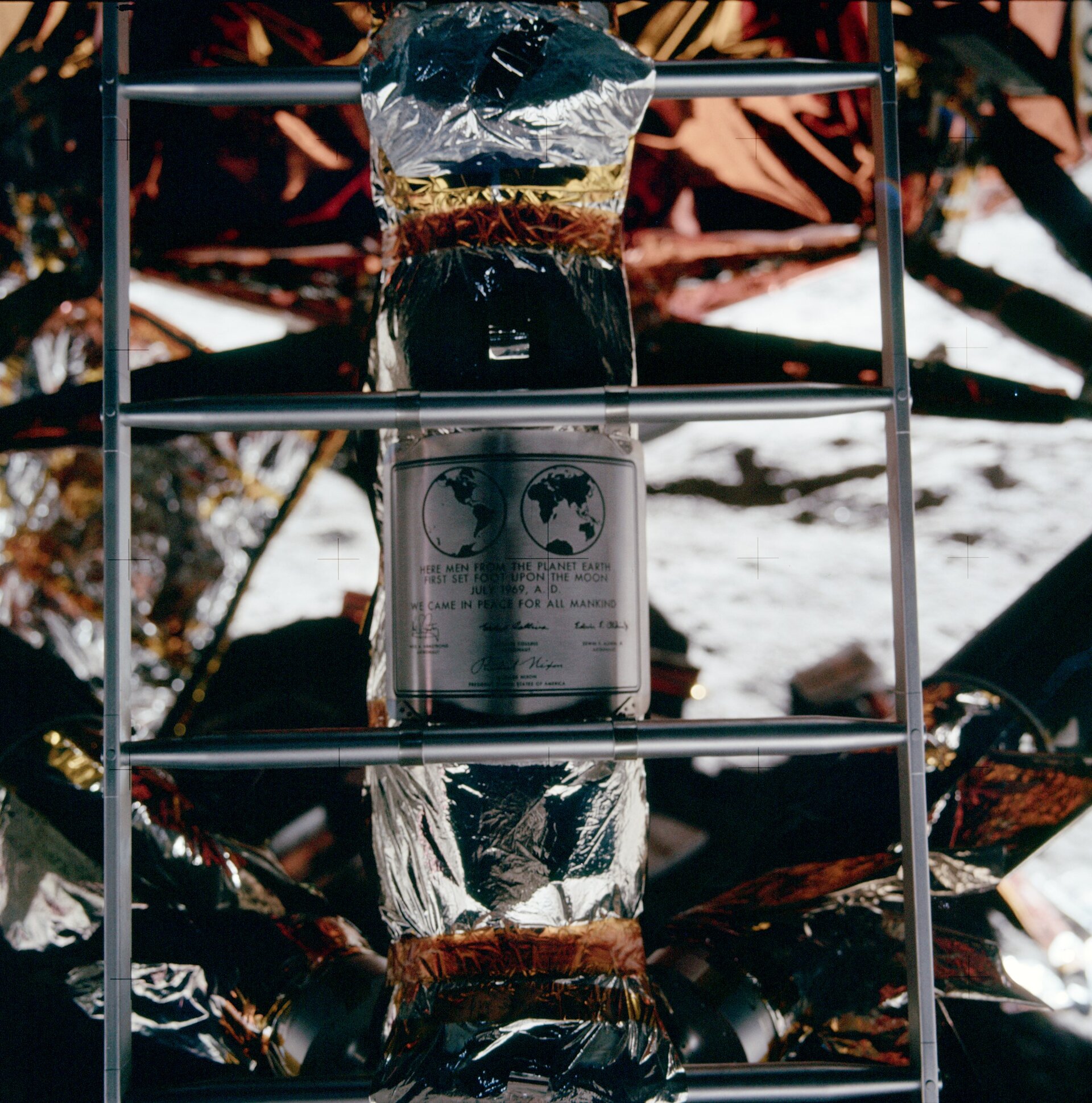 As scheduled, the astronauts then set up the first of three experiments. From a storage compartment on the Lunar Module, Aldrin removes a tube containing the Solar Wind Composition Experiment. This roll of aluminum foil will collect the particles of ‘solar wind’ blowing constantly through space, so that they can be brought back and analysed in the hope they will provide information on how the Sun and planets were formed.

4:41 a.m. From a leg of the spacecraft, the astronauts take a United States flag, its top edge braced by a spring wire to keep it extended on the airless Moon and erect it on a pole pushed into the lunar surface.

Taken to the Moon are other flags, to be brought back and flown over the houses of Congress, the flags of the 50 States, the District of Columbia and US territories, the United Nations flag, as well as those of 136 other countries.

4:48 a.m. The astronauts listen as President Nixon speaks by telephone: "Neil and Buzz. I am talking to you from the Oval Room at the White House. And this certainly has to be the most historic telephone call ever made Earth."

6:01 a.m. After checking with Mission Control to make sure all chores have been completed, experiments set up, and photographs taken, Aldrin gets back in the Lunar Module.

6:09 a.m. Armstrong joins Aldrin back in the Lunar Module.

8:25 a.m. The astronauts are told to go to sleep, after attending to final housekeeping details and answering a number of questions concerning the geology of the Moon.

2:44 p.m. Mike Collins is awake and still circling the Moon in the Command/Service Module. Mission Control observes: "Not since Adam has any human known such solitude as Mike Collins is experiencing during this 47 minutes of each lunar revolution when he's behind the Moon with no one to talk to except his tape recorder."

6:54 p.m. The Lunar Module’s ascent engine is fired and the Ascent Stage is launched back into lunar orbit.

10:35 p.m. Eagle redocks with Columbia while circling on the back side of the Moon.