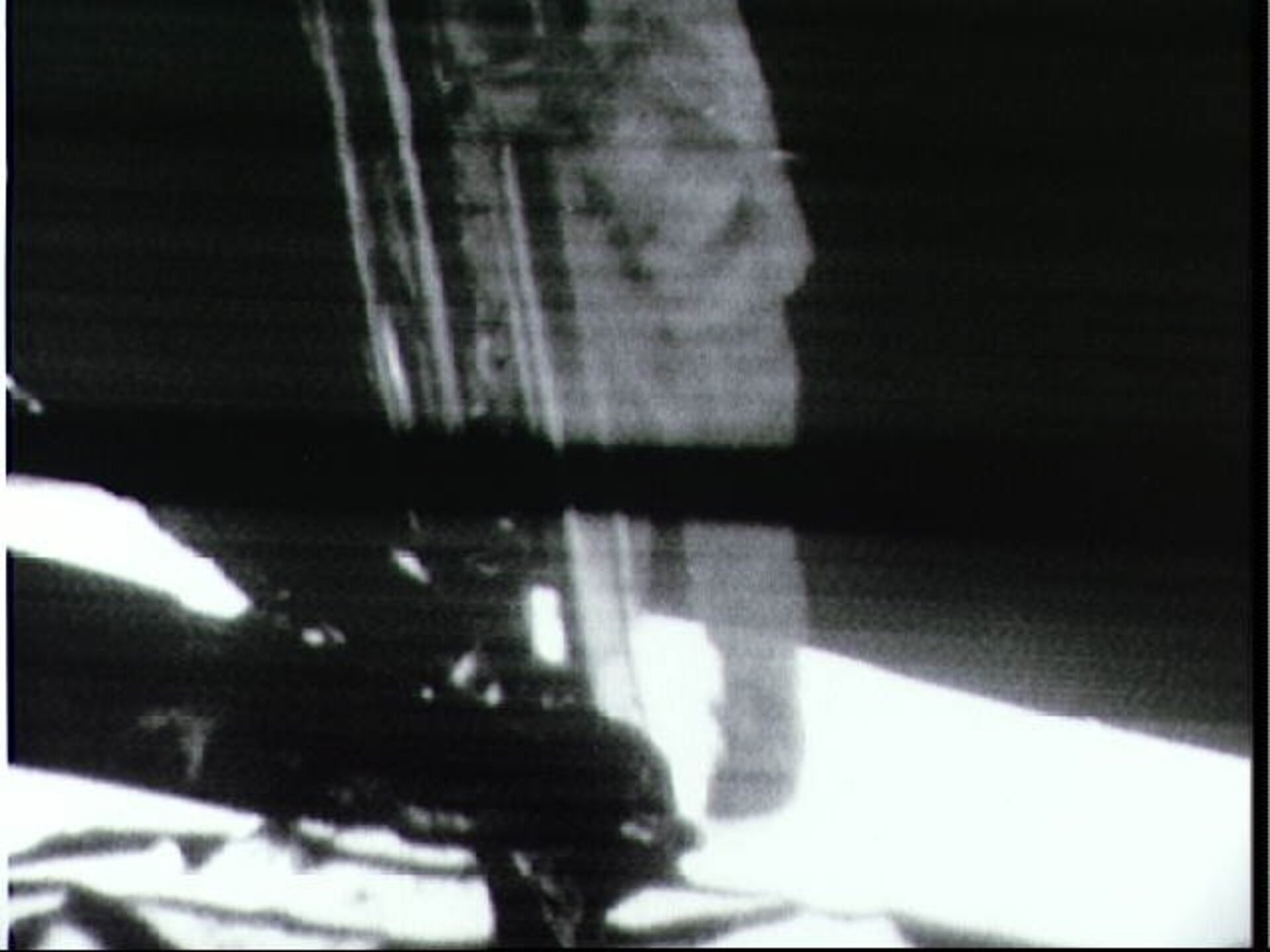 Earlier on 20 July, at 1:52 p.m. CEST, Aldrin and Armstrong had crawled into the Lunar Module and started to power up the spacecraft. For about an hour, they continued to check the systems and deploy the landing legs.

6:46 p.m. The Lunar Module separates from the Command/Service Module, in which Collins continues to orbit the Moon.

8:08 p.m. Armstrong and Aldrin, flying feet first and face down, fire the Lunar Module descent engine for the first time.

8:47 p.m. Collins, flying in Columbia behind the Moon, reports that the Lunar Module is on its way down to the lunar surface, saying: “Everything's going just swimmingly. Beautiful!”

9:05 p.m. Armstrong throttles up the engine to slow the Lunar Module before dropping down on the lunar surface. The landing is not easy. The site they approach is 6 km from the target point, on the southern edge of the Sea of Tranquility. Seeing that they are approaching a crater about the size of a football field and covered with large rocks, Armstrong takes over manual control and steers the craft to a smoother spot. His heartrate has risen from a normal 77 to 156.

9:18 p.m. When the probes beneath three of the Lunar Module’s four footpads touch the surface, a ‘contact’ light flashes on the instrument panel and Armstrong shuts off the descent engine. The Lunar Module drops down with a jolt and Armstrong immediately calls Mission Control: “Houston, Tranquility Base here, the Eagle has landed.”

11:12 p.m. With everything in order, Armstrong recommends that they plan to start the Extravehicular Activity, earlier than originally scheduled. Mission Control replies: "We will support you anytime."

At 3:39 a.m. on 21 July CEST (20 July, 10:39 p.m. EDT), later than proposed, but still more than five hours ahead of the original schedule, Armstrong opens the Lunar Module hatch and squeezes through the opening.

Armstrong moves slowly down the 3 m, nine-step ladder. On reaching the second step, he pulls a 'D-ring' to deploying a television camera, positioned to show him to descend from that point.

He halts on the last step and reports: "I'm at the foot of the ladder. The LM footpads are only depressed in the surface about one or two inches. The surface appears to be very, very fine-grained, as you get close to it, it's almost like a powder." He jumps down on to the Lunar Module footpad.

4:11 p.m. After lowering a Hasselblad camera to Armstrong, Aldrin emerges from the Lunar Module while his companion photographs him.