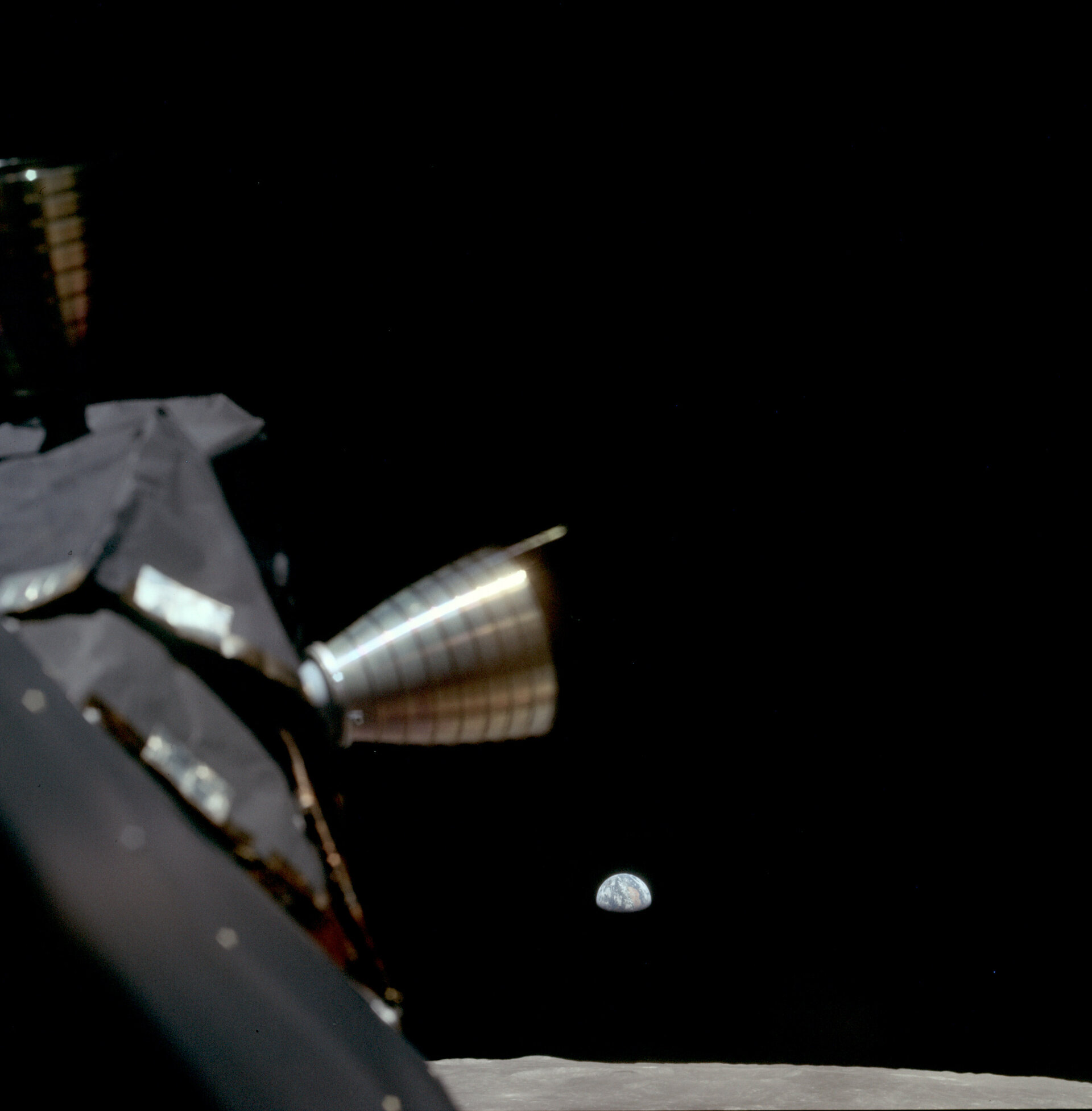 11:58 a.m. The astronauts call Mission Control to ask about scheduled course correction and are told it has been cancelled. They are advised to go back to sleep.

1:32 p.m. Mission Control rouses the crew to start on breakfast and housekeeping chores.

3:42 p.m. Armstrong reports: “The view of the Moon that we've been having recently is really spectacular. It about three-quarters of the hatch window and, of course, we can see the entire circumference, even though part of it is in complete shadow and part of it’s in earth-shine. It’s a view worth the price of the trip.”

5:58 p.m. The crew is informed by Mission Control that they are ready for the Lunar Orbit Insertion (LOI) engine burn to slow the vehicle so that it can be captured by lunar gravity. The Flight Director reports: “Apollo 11, you are go for LOI.”

6:13 p.m. Spacecraft passes completely behind the Moon and out of radio contact with Earth for the first time.

6:28 p.m. The spacecraft main engine is fired for about six minutes while still behind the Moon.

11:57 p.m. Armstrong and Aldrin crawl through the tunnel into the Lunar Module to give it another check. The spacecraft is now orbiting the Moon every two hours.