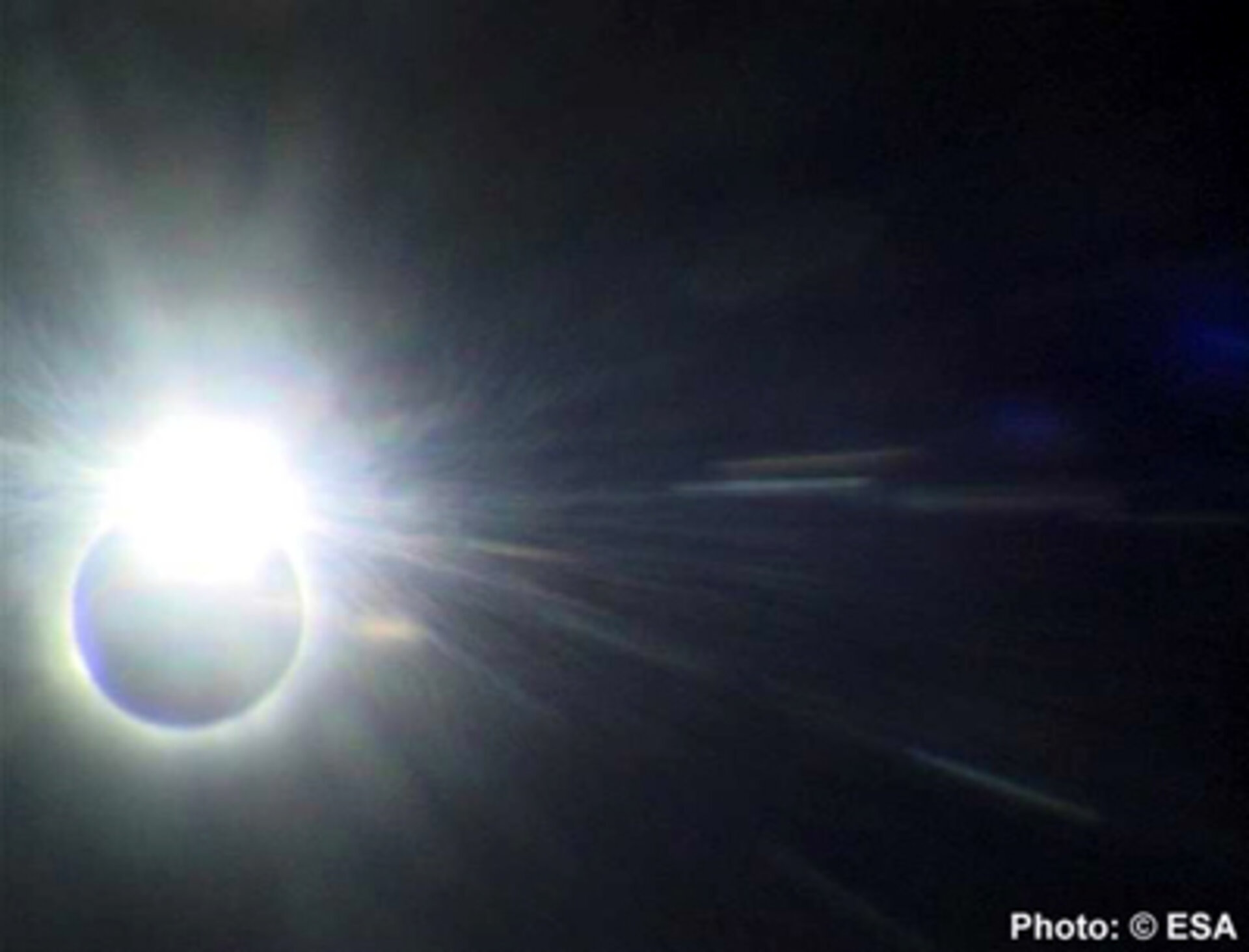 Eclipses have always been associated with legends, myths and symbols which constitute a rich source of inspiration in different cultures and epochs.

Most of the ancient legends evoke a celestial creature devouring the Sun - a dragon for Indian, Indonesian and Chinese, a giant frog for Vietnamese, a jaguar in Argentina, or a vampire in Siberia, these celestial monsters are responsible for the disappearance of the Moon or the Sun.

One Chinese legend reports that the total solar eclipse in China on 22 October 2134 BC took everybody by surprise. Therefore there was no time to prepare the archers and the drummers in order to fight and frighten the dragons which devour the Sun during the eclipse.

In fact, the official imperial astronomers His and Ho, missed the prediction of the eclipse. Not only did they lose their work and the respect of their colleagues - they also lost their heads.

In any civilisation, a total eclipse occurring without being announced would certainly bring chaos for a few minutes, and would remain a defining moment used later as an historical milestone.

The Odyssey refers to a solar eclipse near Ithaca, which would correspond to 1178 BC. There is a reference to an eclipse in the Bible which could correspond to 15 June 736 BC. Babylonian astronomers have systematically noted solar and lunar eclipses from 700 BC to 50 years BC.

Thales of Milet reports that a total solar eclipse (now dated in May 585 BC) crossed the battlefield during a war between the Lydians and the Medes. The fighting stopped, and peace was declared.

There are a number of famous historical events associated with lunar eclipses.

On 29 May 1453, a rising Full Moon was eclipsed over Constantinople, then under siege by the Turk army. It is reported that this created such a dip in morale that in a few days Constantinople was defeated, leading to the end of the Roman Empire of Orient after 1130 years.

Columbus in his fifth expedition in Jamaica, inspired fear and respect in superstitious Indians, by asking his Christian god to send a celestial warning (a lunar eclipse of 29 February 1504). This enabled him to negotiate good provision of food and protection for his troops, allowing them to survive until arrival of the next vessel.

Scientists can now predict eclipses with very high precision (to less than a second). Therefore eclipses can be perceived as a celebration of rationalism. Wonder can replace the fear of our ancestors.

What makes the partial eclipse more interesting to the public now, is that one can understand what is happening. It seems normal that at the time of an eclipse one reflects further about the relation of man to Earth, the Moon, the Sun, the cosmos. Scientific knowledge can inspire and guide us further in this process.

However, for such spectacular and symbolic events, there are always those keen to exploit superstition and play on human fear or ignorance. Eclipses too come with their cortege of doom and gloom merchants.

The 1999 eclipse and fear of the new millennium

One key ingredient for the 11 August 1999 eclipse story was related to the new millennium, and the associated predictions of catastrophes.

Logically the third millennium starts on 1 January 2001, as the ancients did not use the year zero. So, technically speaking, 1999 was not the last special year of the millennium at all.

In addition, the work of historians seems to indicate that the Christ would in fact have been born in 2 or 3 BC according to the calendar, in which case we passed the 2000 anniversary of His birth a few years ago, without noticing it!