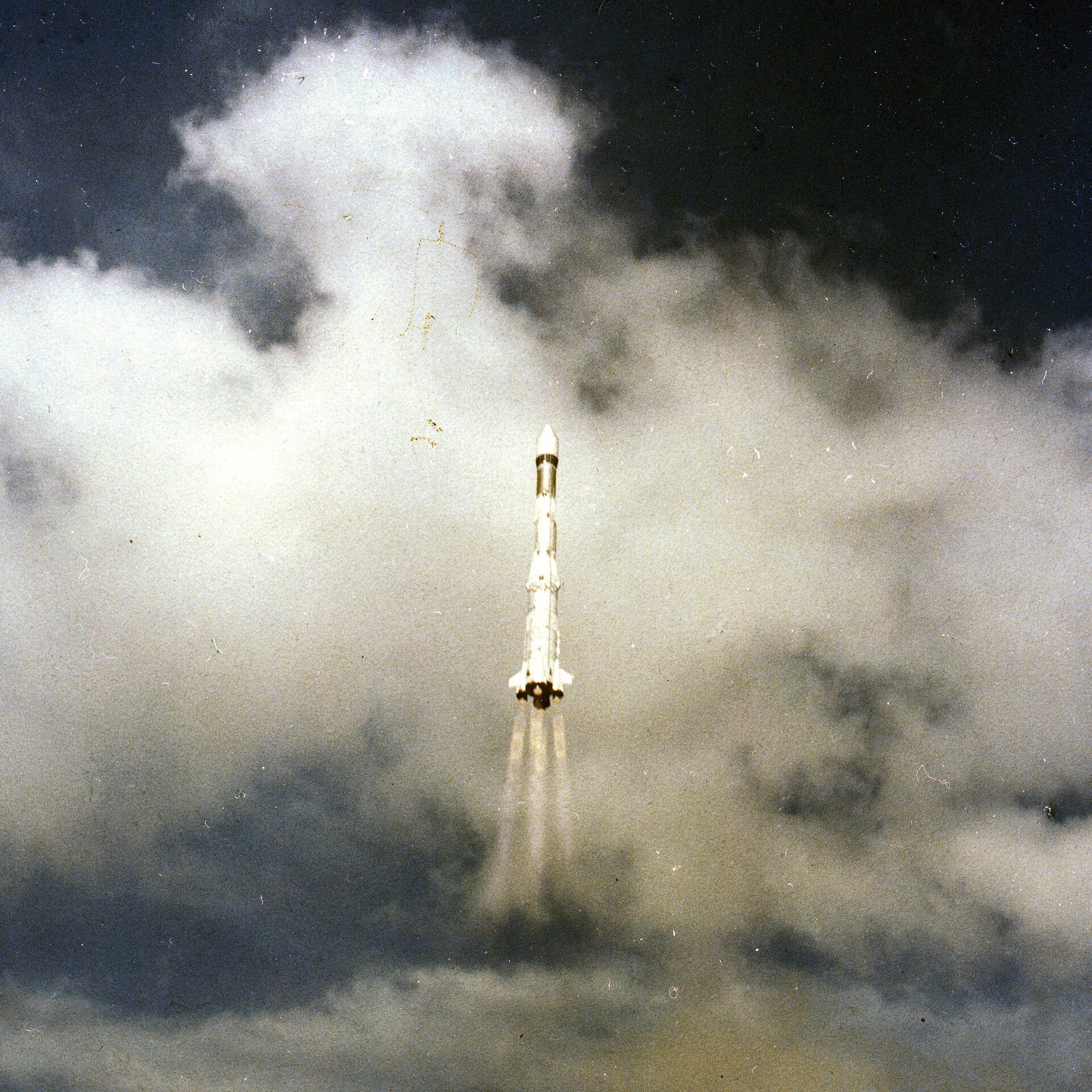 As a new and crucial chapter is being written in the extraordinary Ariane saga, the space community is celebrating the 35th anniversary of the first Ariane flight, on 24 December 1979, which made the ambition of European access to space a reality.

After the misfortune encountered by Ariane’s forerunner, Europa, and the difficulties experienced by the European Launcher Development Organisation (ELDO) in defining a sustainable scenario for the design and production of a European launcher, this triumph was just reward for the combined efforts of the institutional and industrial actors – local, national and intergovernmental alike.

For nearly four decades, this adventure has symbolised the successful pooling of the capabilities of the Member States of Europe’s space organisations.

Between 1964 and 1971, ELDO, composed of six Member States, performed 11 launches, seven of which were partial. Europa I was formed by combining a British Blue Streak first stage, a French Coralie second stage and a German Astris third stage. These three stages were tested together for the first time on 29 November 1968. The next two launch attempts, from the Woomera test range in Australia, like the previous, ended in disappointment.

Following the failed launch from Kourou of Europa II with its additional fourth (P068) stage on 5 November 1971, the fate of the organisation was effectively sealed. US President Nixon’s announcement in January 1972, that, as of 1978, the Space Shuttle would begin carrying out weekly flights at an unbeatably low price, ended the hopes invested in Europa III. However, the Europeans were not about to stop there, and began fighting back in March of that year when French space agency CNES formed a working group with the task of designing a substitute launcher.

It was only a matter of months before a configuration for the third-generation launcher had been defined. The proposal was presented at the sixth European Space Conference (ESC) in Brussels on 20 December 1972. Minister Jean Charbonnel reminded those present of France’s very strong attachment to a launcher programme and proposed that France provide the lion’s share of the funding while also assuming the risks involved in the development. In return, France insisted on fulfilling the prime contractor role and asked its partners to bear 40% of the cost.

The ministers concluded an agreement in principle: on the one hand they would abandon the Europa III programme to focus instead on the new launcher, and on the other, they would form a single, unified European space agency. With ELDO having been dissolved, ESRO was temporarily entrusted with managing the ‘special project’.

An optimised configuration called L140-L33-H8 (LIIS) was presented on 10 May 1973. It consisted of a first stage carrying 140 tonnes of liquid propellant, a second stage of 33 tonnes, and a third stage with 8 tonnes of cryogenic propellant. Though the industry reaction was mixed, nonetheless, by the eve of the seventh ESC, on 31 July 1973, the project was already 27% subscribed.

The Belgian Minister Charles Hanin went to great lengths, employing the ‘confessional’ method, to ensure the nine other ministers were signed up to the second ‘Package Deal’ (which included the agreement on a European space agency, LIIIS, the Spacelab module and the MAROTS satellite). The decisions were finally voted on as dawn broke the next day.

The launcher was scheduled to be available as of 1980, as set out in the Dossier de synthèse of 15 April 1973 referenced in the agenda. In its agreement, the ESC specified that the programme would be managed within a common European framework. Contracts were allocated to firms from the participating states in proportion to their contribution to the amount of the works.

Ariane was formally ‘christened’ at the 93rd meeting of ESRO’s Administrative and Finance Committee (AFC) in Bern on 27–28 September 1973.