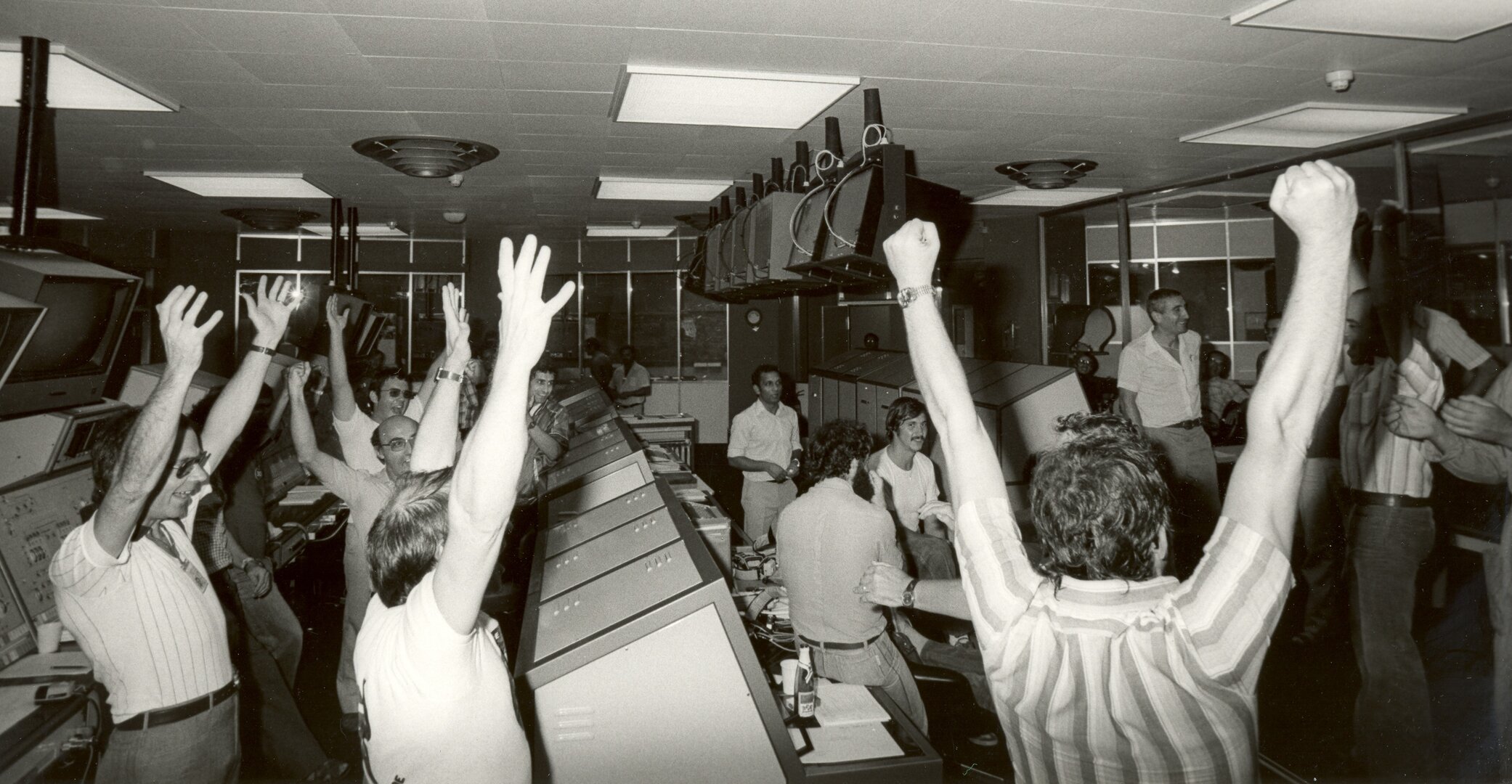 Ariane L01 was originally scheduled for launch on 15 December 1979. However, things became 'interesting' as the end of the countdown was reached...

Roger Vignelles of CNES recalls, “On 15 December 1979, we reached the end of the countdown and the engines ignited, but Ariane remained firmly rooted to the ground! It was what we refer to as ‘an aborted launch’. A situation we had considered highly unlikely to occur, but which, by luck or intuition, we had prepared for, even going so far as to rehearse overhaul operations in the final stage tests in Europe. We had also chosen the teams to provide backup in the event of such an outcome.

"There then followed a full week’s work. On 22 December, we were finished with a few hours to spare. On 23 December, a combination of weather conditions and some technical problems forced us to postpone the launch. The night of the 23rd to 24th was very difficult. The teams were really tired but at the same time driven by an immense desire to succeed. We knew this really was our last chance, [otherwise] we would have had to dismantle the launcher and overhaul it back in Europe!

“The first countdown was stopped at H–2 minutes 41 seconds, because a valve had failed to send information that it was working to the computers, which were in sole control in the final six minutes. The decision was then taken to override the computer. The countdown was able to resume. This time it worked, and Ariane launcher L01 lifted off at 17.14 UTC with only a 90-minute supply of liquid hydrogen left!”

The first of 11 Ariane 1 launches (between 1979 and 1986) took place at the end of the allocated launch window. Raymond Orye, then in charge of ESA’s Ariane Programme, has very fond memories of those moments: “The atmosphere after the launch was just incredible, a mixture of joy and emotion.

"I remember the drink laid on after the launch for all the teams and their families in the old Europa II assembly building at the Centre Spatial Guyanais (CSG). The CSG firemen were waiting with their hoses for us to arrive and gave everyone, with no exceptions, a proper soaking, but it was all very good-natured.

"Professor Curien (then President of CNES) and Mr Gibson (the ESA Director General) managed to deliver speeches from a raised platform before launching into a duet of ‘Auprès de ma blonde’, which was promptly taken up by the assembled crowd. Everyone was in exceptionally high spirits, but none more so than the Ariane operational teams. What a Christmas that was for all concerned!”