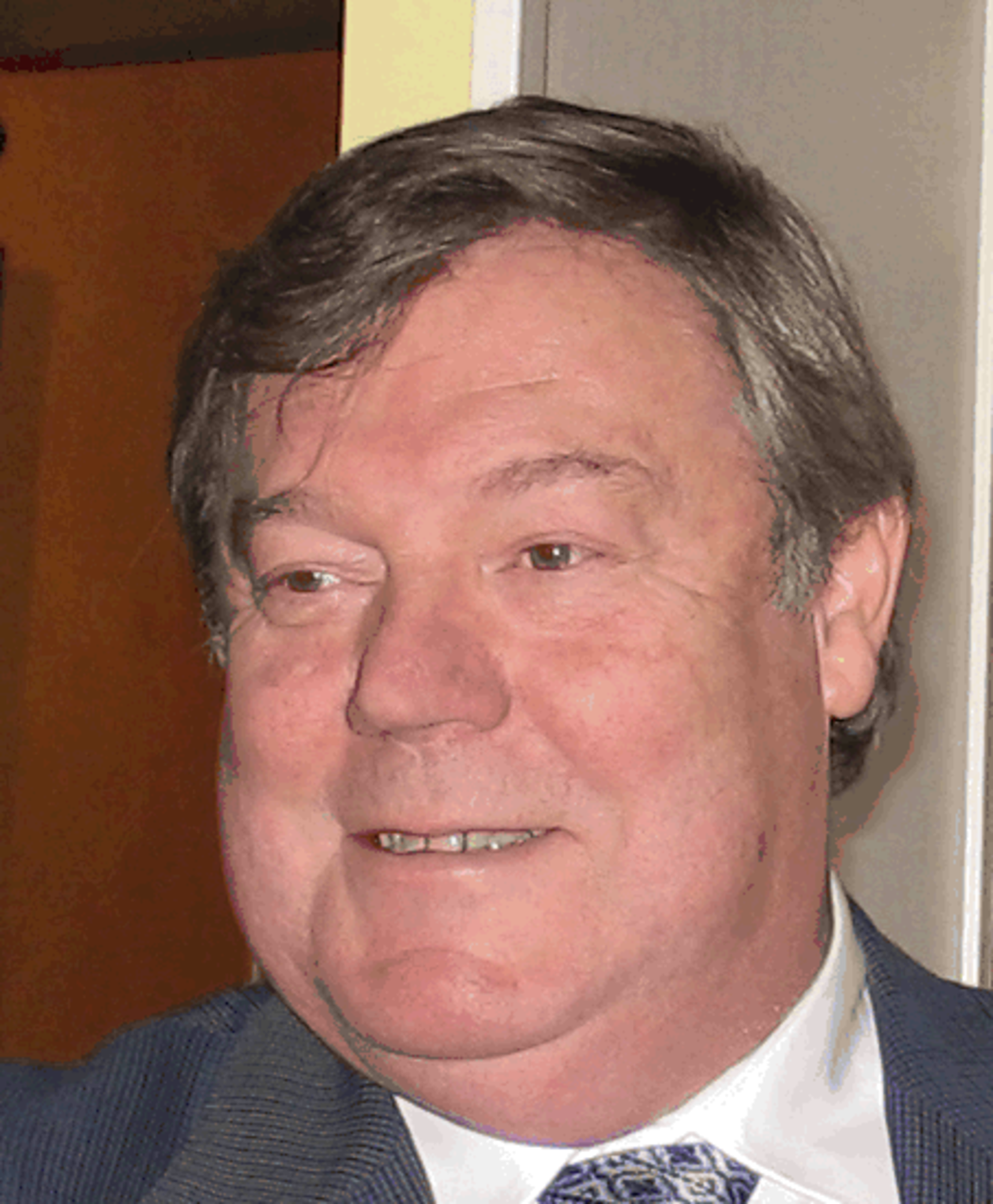 It is with great sadness that we announce the passing of Walter Thiebaut, on 19 April 2018 at the age of 72. He spent more than 30 years as a civil servant with ESA and its predecessor organisations.

His pioneering work and numerous publications in International, Contract and Insurance law are authoritative, and a good many legal practitioners have been trained by this exceptional mentor, who led in particular ESA’s General Legal Affairs. Before retiring in 2005, he was the Head of the Administrative Management and Education Department, working closely with the former Director of Administration, Daniel Sacotte.

After his Doctorate in Law, obtained from KU Leuven, Walter Thiebaut joined the European space organisations on 1 January 1972, firstly at ELDO, then at ESRO and ESA, after 1975. There he was instrumental, together with other pioneers such as George van Reeth, Winfried Thoma and Helge Weber, in setting up the procurement mechanism that would later allow the implementation of ESA’s industrial policy, based on the so-called fair return (or ‘georeturn’) principle.

Within Legal Affairs, he contributed to major policy instructions, and protected the Agency’s interests in several emblematic legal disputes, the names of which will always be closely associated to his (Hughes Aircraft Co, Waite and Kennedy). He substituted for a while Gabriel Lafferranderie as Head of Legal Affairs (see http://www.esa.int/About_Us/Welcome_to_ESA/ESA_history/Gabriel_Lafferranderie_1941-2016). They were supported by a great team of young lawyers, namely Marco Ferrazzani, Kevin Madders and Luc Mounier, later joined by Anna Maria Balsano, André Farand and Catherine Baudin, as required by the enlargement of the Agency’s portfolio and the emergence of new legal issues, such as space applications, commercialisation and privatisation (see “A technical and legal introduction: functions, status, nationality of satellites”, Revue Belge de Droit International, 21, 1988, pages 251-261 ; “The legal protection of remote sensing satellite data, article written with Marco Ferrazzani, ESA Bulletin, 76, Novembre 1993, pp. 61-63).

Since 1989, he frequently participated in events organised in the framework of the European Centre for Space Law, such as the Practitioners’ Forum or the Summer Course on Space Law and Policy, thus encouraging interdisciplinary and intergenerational approaches and exchanges, beyond the usual space research community. As a Member of the Board of Trustees and of the Space Policy, Economics and Law Department, Walter Thiebaut strongly supported the development of the International Space University, which has graduated more than 4400 students from over 100 countries since its founding in 1987 (to know more about the early days of ISU, see the interview of George van Reeth, its former President, and a founding father of ESA, from the Oral History of Europe in Space Collection, at https://archives.eui.eu/en/oral_history/INT563).

A regular of the European Round of the Manfred Lachs Space Law Moot Court Competition, Walter Thiebaut also served as visiting Professor at the Catholic University of Leuven since 2009.

ESA’s liaison officer in Washington in the late 70s, he facilitated the building of a robust partnership with the National Aeronautics and Space Administration. In the article entitled “Legal Status of Memoranda of Understanding in the United States” (ESA Bulletin,number 38, May 1984, pp. 99-104), he addressed the modalities of the ESA-NASA long-standing and successful history of cooperation, , laid down in legal instruments which, in the majority of cases, take the form of a MOU. The validity of such instruments came to the fore particularly when ESA was confronted with difficulties in the execution of the Intergovernmental Agreement on Spacelab, signed on 14 August 1973, and of the Memorandum of Understanding on the International Solar Polar Mission (ISPM), signed on 29 March 1979. He concluded that the success of a cooperative project depends largely on the good-faith understanding of both parties to the MOU. The amazing Cassini-Huygens planetary mission (allowing the ESA atmospheric entry probe to land successfully on Saturn's moon Titan in 2005) exemplified both the substantial benefits and associated risks embedded in joint space endeavours, as it was threatened by Congressional deliberations on NASA's FY95 Appropriations Bill. This triggered the letter sent in 1994 to Vice-President Al Gore by the ESA Director General Jean-Marie Luton, to prevent any withdrawal from the cooperation on the part of the United States (see Oral history interview of former ESA Science Programme Director Roger-Maurice Bonnet at https://archives.eui.eu/en/oral_history/INT790).

With the development of joint undertakings in the field of Human Spaceflight and Robotic Exploration, the scope of collaboration was significantly broadened and implementing modalities revisited, thanks in particular to André Farand and other colleagues in Legal Affairs who built on Walter’s legacy, as well as Valérie Zinck in the relevant programme directorate. The latest instrument, signed on 12 April 2018 at Houston, was the “ESA-NASA Understanding Concerning Cooperation Opportunities for Exploration Activities Beyond LEO”, which paves the way for future cooperative endeavours.

Seconded to the European Commission in Brussels in 1988, Walter Thiebaut strongly advocated the early establishment of appropriate relations with the European Communities, later the European Union, as illustrated by several publications, among which are the articles written with Kevin Madders in 1992 and 2007 respectively: “Two Europes in one space: the evolution of relations between the European Space Agency and the European Community in space affairs” (Journal of Space Law, Volume 20, number 2, 1992, pp. 117-132) and “Carpe diem: Europe must make a genuine space policy now” (Space Policy, Volume 23, Issue 1, 2007, pp. 7-12). The evolution of the European space governance and its implications from a policy, legal and institutional viewpoint were further analysed in an article written with Jan Wouters and Florent Mazurelle  (International Organizations Law Review, 6.1, 2009, pp. 155-189), at the time of the entry into force of the Lisbon Treaty. Since then, the interpretation of its Article 189 has caused much ink to flow.

Walter participated in numerous international negotiations, working alongside European and non-European space actors. He further played a key role representing the Agency in some of the international conferences which presided over the destiny of space cooperation, and in meetings of the UN Legal Subcommittee for the Exploration and Use of Outer Space.

In giving his sound and pragmatic advice to the Agency’s boards, in skilfully negotiating with international or industrial partners, and with space insurance brokers such as Marsh, he provided the legal security essential to effective decision-making and put in place suitable risk management measures, thus enabling the Executive’s objectives to be translated into concrete actions, and the Member States to fulfil their ambitions (see “A New Approach to Insurance in the European Space Agency”, paper IAA-97-IAA6.2.07, Turin, 1997). The MetOp and Artemis programmes in particular, as well as the Mercure satellite communications network, owed a lot to his agile mind and legal creativity.

Walter Thiebaut will be remembered as a great mentor, a very intelligent person, well known in the Agency as a supportive colleague and a true friend who enjoyed and embraced life. Walter was a huge football fan; he co-founded the ESA’s football tournament, which contributed to promote the ‘One ESA’ spirit among all components of the organisation.

In learning of the unexpected passing, Marco Ferrazzani, present ESA Legal Counsel said: “We all felt great sorrow and surprise at the loss of Walter, as if he could never leave us. His enjoyable and realistic attitude will remain with our spirit.”

Our thoughts are with all those who were fortunate to share pioneering times and precious moments with him.