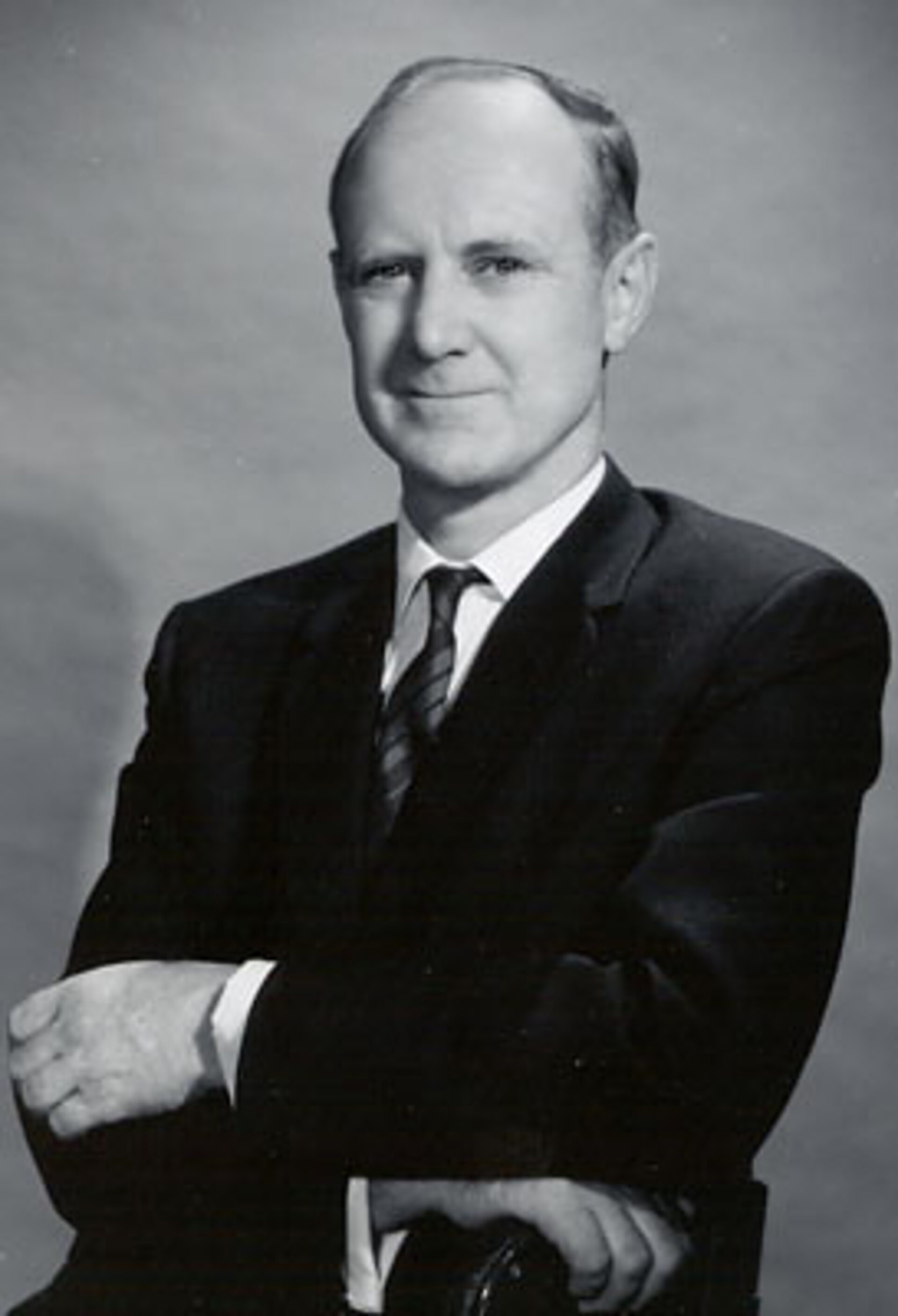 William Pickering was behind some of the finest moments in the early exploration of the Solar System, from the first US satellite to orbit Earth to missions to the Moon, Venus, Mars, Jupiter and beyond. For 22 years he was at the helm of the Jet Propulsion Laboratory (JPL) in Pasadena, California, the home of NASA’s planetary exploration programmes.

Nicknamed ‘Mr JPL’, he was responsible for the great US achievements with the first generation of space probes from Explorer 1 to the Pioneer, Mariner, Viking and Voyager missions. To initiate these wonderful journeys, he first had his own trek to make.

William Hayward Pickering was born in Wellington, New Zealand, on Christmas Eve 1910. On the death of his mother in 1917, he went to live with his grandparents as his father, who was a pharmacist, was away working in the tropics, an environment he did not believe would be a healthy one for his sons.

He discovered astronomy at college when his maths teacher, Charles Gifford, set up an observatory for his pupils, the future Gifford Observatory in Wellington. As William Pickering loved to apply the theories he learnt to practical uses, he built a radio transmitter together with one of his school friends and started communicating – in Morse code – with radio hams around the world.

On the advice of an uncle with ties in California he continued his studies at Caltech, the California Institute of Technology. In 1932 he completed a BSc in electrical engineering, took a Master’s degree in 1933 and a PhD in physics in 1936.

From electrical engineer to missile developer

On completing his studies he returned briefly to New Zealand but unable to find a satisfactory job he returned to CalTech, this time to teach electrical engineering. In 1941 he became a US citizen.

As the war spread worldwide, the ties between the universities and the army strengthened. In 1944, was appointed a member of the Scientific Advisory Board of the US Army Air Corps, the future US Air Force, and became involved in a new laboratory dedicated to jet propulsion within CalTech. Here he studied telemetry and radio guidance systems and became project manager for the Corporal missile.

In 1954 he was appointed director of the JPL, helped by his knowledge of science and scientists, and his diplomatic talents which came in useful when dealing with politicians and military officers.

By 1955 both the Soviet Union and the United States had announced plans to launch artificial satellites so Pickering was not too surprised when Sputnik 1 reached Earth’s orbit in October 1957. JPL had its own satellite project, still on the drawing board, but in just 83 days the satellite was built and successfully launched. On 1 February 1958 Explorer 1 became the first US satellite.

This was a great success for Wernher Von Braun, who designed the launch vehicle, and for James Van Allen, chief scientist for the mission, whose name was given to the radiation belts discovered by the satellite. However, the third man behind this achievement was the quiet, mild-mannered head of JPL, William Pickering, who brought them to work together and provided the spacecraft as well as the upper stages for Von Braun’s Juno 1 launcher.

When NASA was created on 1 October 1958 JPL became one of its operational centres. Its mission was to develop science satellites and, most importantly, to develop the US deep-space probes.

To Venus, Mars and the Moon

To fulfil this mission, Pickering’s team developed a standard multi-mission spacecraft to be used for Moon missions with the Ranger programme as well as for early planetary exploration with the Mariner programme. This approach proved very efficient and enabled NASA to collect many planetary firsts: the first successful flyby of Venus by Mariner 2 in December 1962 and the first flyby of Mars by Mariner 4 in July 1965. The first close-up pictures of Mars beamed back by Mariner 4 showed a surface covered with craters similar to that of the Moon and marked the end of the long-lasting myth of martian canals. These successes led to William Pickering appearing on the cover of Time magazine in 1963 and 1965.

The teething problems on the Ranger programme took longer to solve and the first success came in July 1964 when Ranger 7 sent back to Earth close-up views of the Moon’s surface before crashing as planned. The pictures showed that the surface was not covered by a thick layer of dust as feared by many scientists but was solid enough for a manned spacecraft to land and for humans to set foot on it. In March 1965, Ranger 9, the last mission in the programme, beamed back its pictures live on several US TV networks while millions watched.

More successes followed including the first orbiter of Mars with Mariner 9 in November 1971 and the first flyby of Mercury by Mariner 10 in March 1974. However, big projects using hardware developed for Apollo had to be shelved, such as the large Voyager probes to Mars and the 'Grand Tour' multiprobe missions to the outer planets.

The Viking probes, a reduced version of Voyager, arrived at Mars during the summer of 1976 in time to celebrate the 200th anniversary of US independence. Each probe consisted of an orbiter and a lander, both were successful and provided the first views of the Martian landscape. A reduced version of 'Grand Tour', dubbed 'Voyager', was launched in 1977 and unveiled the strange worlds of Jupiter, Saturn, Uranus, Neptune and their many moons.

However, by the time the Voyager probes were launched, Pickering was no longer at the helm of JPL. He retired, aged 66, shortly after the Viking successes. After a brief return to CalTech he took up a two-year teaching post in Saudi Arabia.

Pickering returned to the United States with the intention of working on a commercial venture to develop solar energy. Instead, he became director of a company that manufactured processed woodchips, another clean safe and highly efficient energy source.

His many successes in space led to him receiving honours from many countries, including an honorary knighthood from the UK's Queen Elisabeth II in 1976 and the Japan Prize by His Majesty the Emperor of Japan in 1994.

Sir William Pickering died on 15 March 2004 at the age of 93, while Cassini-Huygens, the last of JPL’s large planetary probes approached Saturn, and Messenger, the first probe to Mercury since his own Mariner 10, arrived at Cape Canaveral for final launch preparations.

More than 30 years after Pickering retired, JPL is still home to most of NASA’s planetary missions, with two rovers and two orbiters around Mars, one orbiter around Saturn, a fourth orbiter on its way to Mercury and two Voyager probes exploring the borders of the Solar System. JPL is also responsible for some instruments on ESA’s Ulysses and Rosetta.