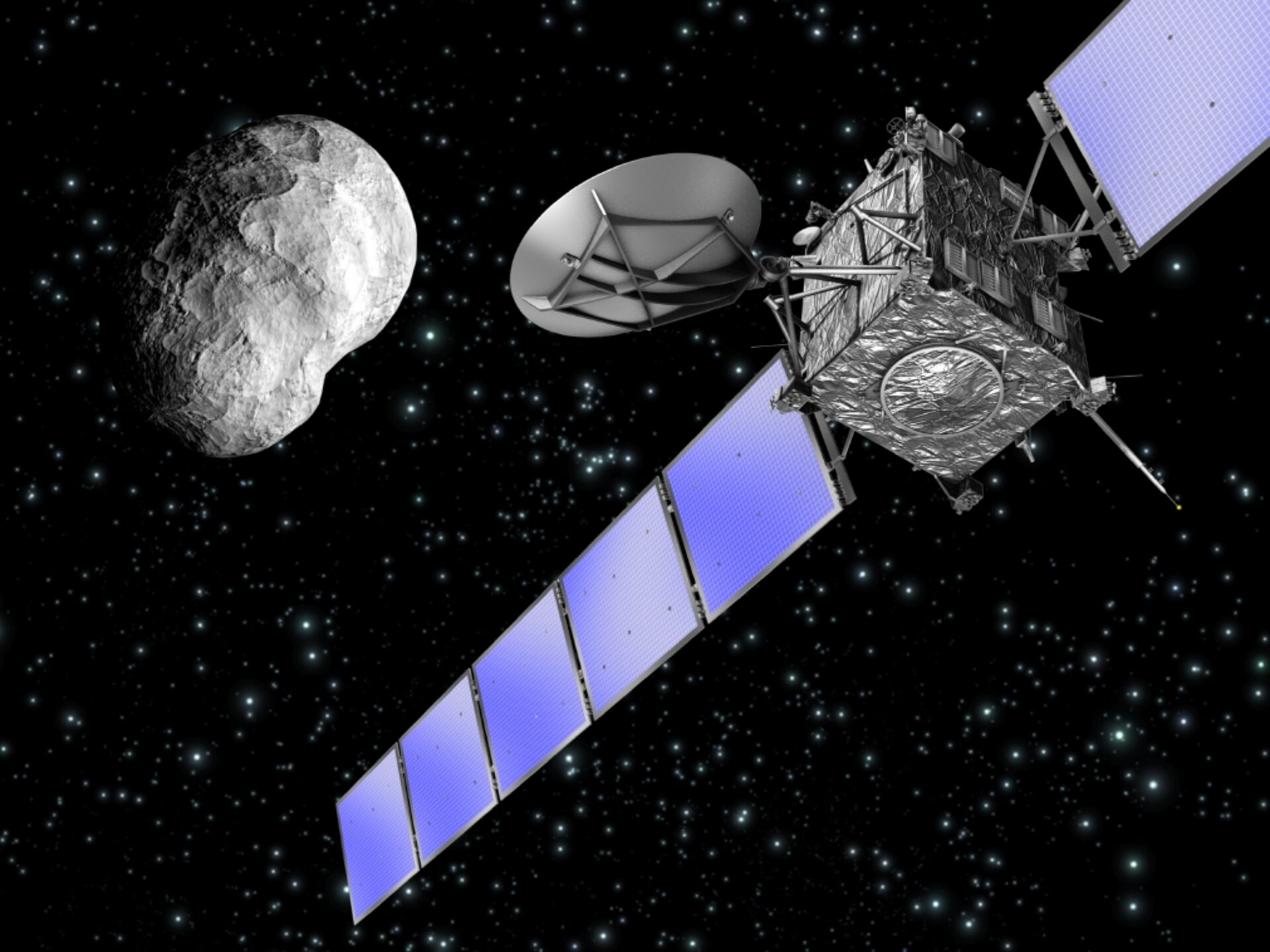 ESA PR-14 2010: The media are invited to ESA's Space Operations Centre in Darmstadt, Germany, to follow Rosetta's encounter with asteroid Lutetia on 10 July, 18:00–23:00 CEST. The first images of the asteroid will be released before midnight, with experts available for interview.

ESA's Rosetta comet-chaser is en route to its main target, comet 67P/ Churyumov-Gerasimenko, arriving in 2014. On Saturday, 10 July, it will fly past the previously unvisited asteroid Lutetia.

This is an important milestone in Rosetta's long voyage, which began in 2004, and marks a rare opportunity to observe a primitive body such as an asteroid.

After encountering Lutetia, Rosetta will not perform scientific activities until reaching Churyumov-Gerasimenko in May 2014. It will then observe the comet for 18 months, releasing a lander onto the comet in November 2014.

Lutetia will be the second asteroid studied during Rosetta's journey. The Steins flyby took place on 5 September 2008, approaching to within 800 km.

Lutetia is a much bigger asteroid, so the flyby will be no closer than about 3200 km. Any nearer and Rosetta would not be able to fit the whole asteroid into the camera's field of view.

The close pass will allow around two hours of observational opportunities. The spacecraft will rapidly begin beaming its data to Earth and the first pictures will be released later that evening.

The Rosetta science and flight operations teams will be on hand to provide commentary, and to answer questions during the event.

Note: All times in CEST

Further updates including the Rosetta blog and live web-streaming of the entire event via: www.esa.int/rosetta.

Journalists wishing to attend the event are requested to send an email with their full contact details to:
melanie.zander@esa.int
(Tel. +49 6151 90 25 16)