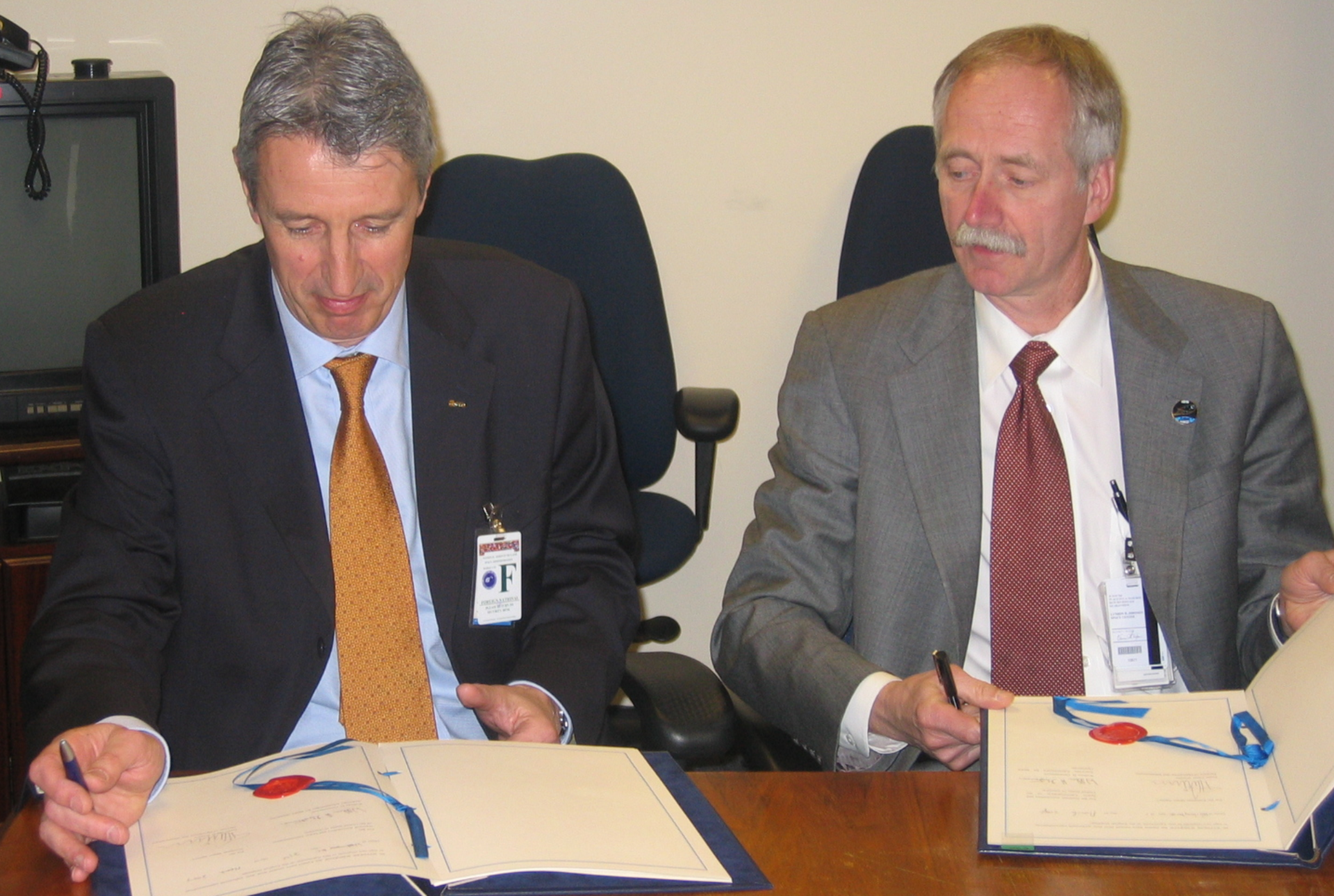 On 21 March ESA and NASA signed an agreement in Washington, DC, extending the two agencies' long-standing cooperation in the areas of satellite tracking, spacecraft navigation and mission operations.

The agencies' new 'Network and Operations Cross-support' agreement covers the ongoing provision to each other of services for missions where no specific Memorandum of Understanding (MOU) is in place, typically due to the short-term nature or limited scope of the support.

This type of support has been provided in the past, but was limited only to the sharing of ground tracking stations and had to be arranged for each mission separately through a Letter of Agreement (LoA), which was a long process.

The agreement constitutes a major milestone in the long-standing cooperative relations between ESA and NASA, and covers cross-support in the following areas:

"The agreement means ESA and NASA can provide each other network support and space operations services more quickly, and this is becoming very significant. The sharing of resources is a sensible and efficient way to achieve enhanced space science value in an era of tight budgets," said Dr Manfred Warhaut, Head of ESA's Mission Operations Department.

In particular, the bi-directional sharing of TT&C services will enhance effectiveness and reduce risk for both agencies.

This interoperability will benefit both by providing immediate back-up in case a mission's prime ground station is not available due, for example, to local weather interference or earthquakes, by ensuring additional station support during critical mission phases such as launch, orbit entry or manoeuvres, and by expanding station resources when ground tracking coverage might otherwise be missed.

Since 2005, ESA has installed Delta DOR receivers at both of the Agency's 35-metre antenna deep-space stations, DS1 in New Norcia, Australia, and DS2 in Cebreros, Spain.

The first application of the new agreement is foreseen during the critical Launch and Early Orbit Phase (LEOP) for NASA's upcoming Dawn and Phoenix missions. ESA will furnish support via the Agency's Perth and Kourou 15-metre antenna stations.