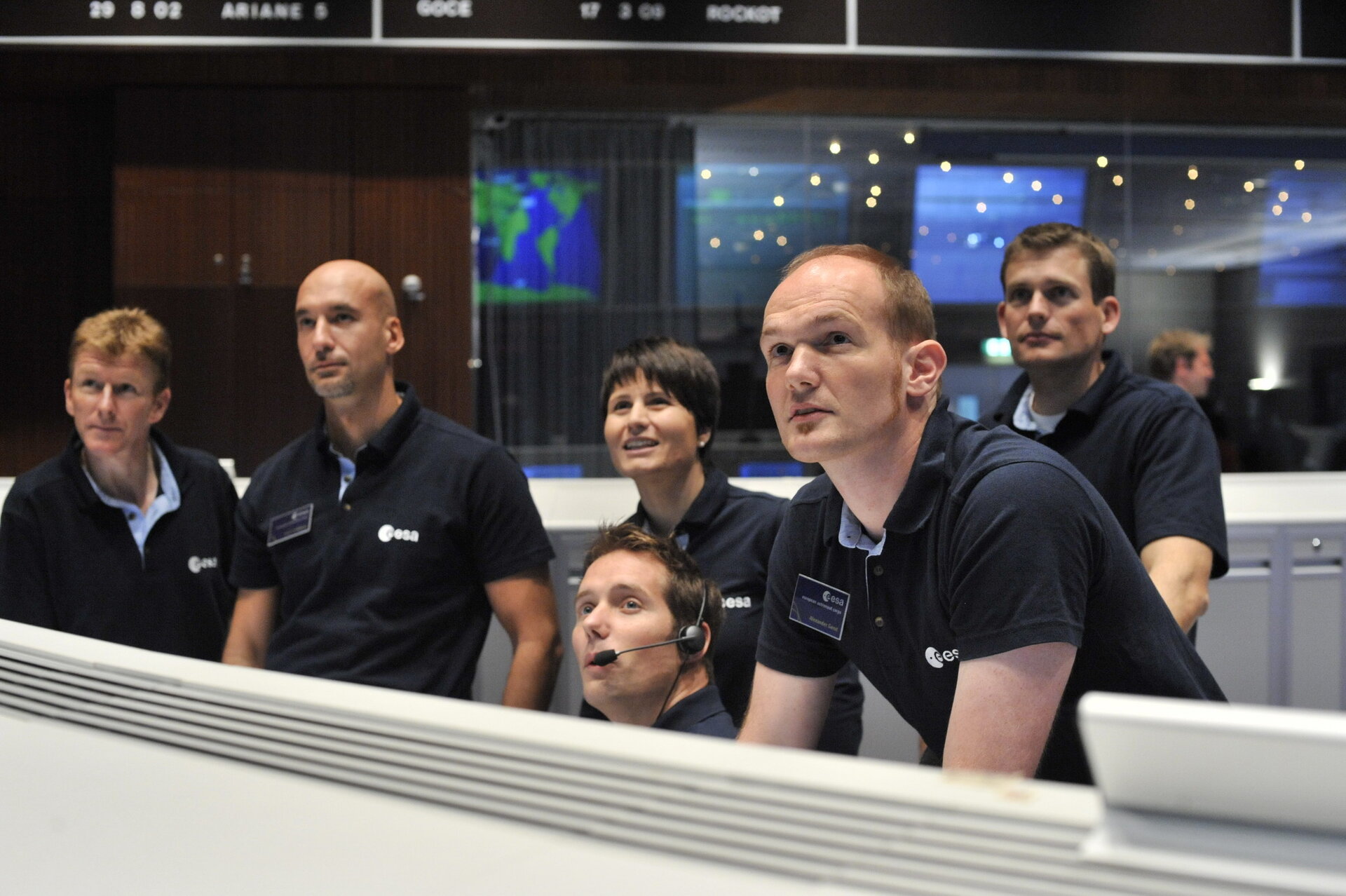 As part of their introductory training, ESA's six candidate astronauts visited the European Space Operations Centre (ESOC) on 24 September for briefings on the Centre's role and to meet new colleagues working in mission operations.

The visitors were welcomed by Gaele Winters, ESA's Director of Operations and Head of the ESOC Establishment, who provided an overview of the Centre's roles and functions as the 'home' Establishment for spaceflight operations expertise within the Agency. Currently, 11 missions comprising 14 satellites are in operation.

A series of technical briefings were also provided on missions and activities at ESOC, including preparations for the upcoming launch of CryoSat-2. The candidates were seated on consoles in the Main Control Room to take part in familiarisation training with the CryoSat-2 Mission Control Team, which was conducting a simulation for the planned 28 February 2010 launch.

The astronauts were also briefed by ESA subject matter experts in the areas of flight dynamics, space debris and human spaceflight operations, all of which are part of the Agency's Operations team.

Later, the six were guided on a tour through ESOC, including individual mission control rooms and network and communication facilities, and were introduced to staff and contractors working on-site at an informal 'meet and greet'.

Since 1967, ESOC has served as Europe's centre of excellence for spacecraft operations. The centre is particularly known for its capabilities in managing LEOP - the critical Launch and Early Orbit Phase for ESA and partner agency missions. In the past decades, ESOC has also been instrumental in recovering numerous missions that suffered technical failures in orbit. The centre also hosts the ESTRACK Control Centre, which manages ESA's global network of ground stations.