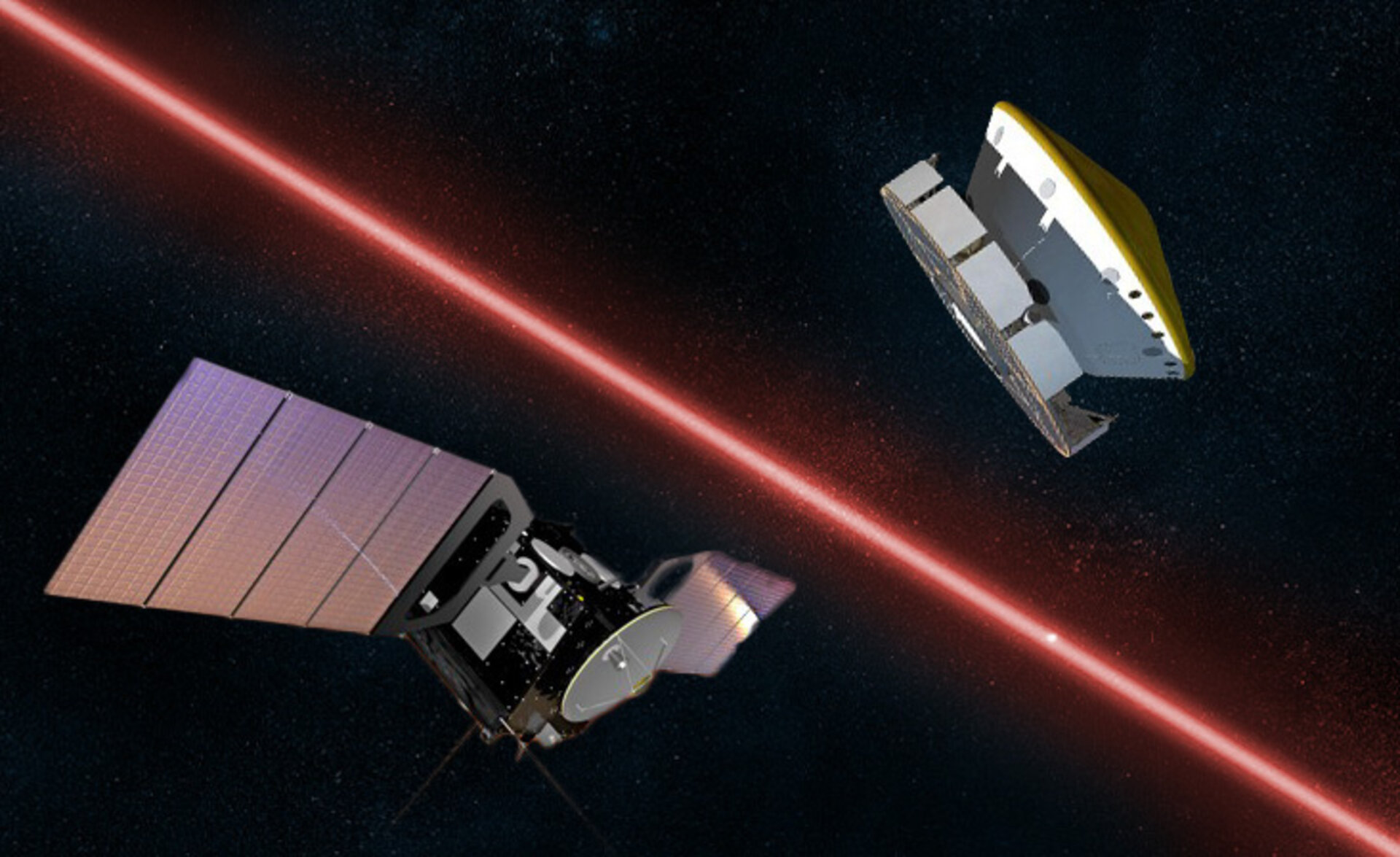 On 6 August, NASA’s Mars Science Laboratory will make a spectacular landing to deliver the Curiosity rover to the Red Planet. ESA’s Mars Express will track the mission’s progress, recording crucial flight data right until ‘wheels down’ on the alien surface.

NASA’s Mars Science Laboratory (MSL) is set to deliver the largest planetary rover ever flown onto the Red Planet’s surface early in the morning of 6 August.

The landing in Gale Crater will mark the start of an ambitious exploration programme studying Mars’ habitability, climate and geology and collecting data for a future human mission to the planet.

When the craft enters the atmosphere at almost 21 000 km/hr, it will begin ‘seven minutes of terror’, during which the sophisticated entry, descent and landing system decelerates the rover to less than 3.6 km/hour for a gentle landing.

During descent, it will transmit a stream of data and two nearby NASA spacecraft – Mars Odyssey and Mars Reconnaissance Orbiter – will track and relay the information from Curiosity.

At NASA’s request, Mars Express, orbiting the planet since December 2003, will also be on duty for those critical seven minutes, relaying data that could later be crucial if anything goes wrong.

“We began optimising our orbit several months ago, so that Mars Express will have an orbit that is properly ‘phased’ and provides good visibility of MSL’s planned trajectory,” says Michel Denis, Mars Express Spacecraft Operations Manager.

Specialists at ESOC, ESA’s Spacecraft Operations Centre, Darmstadt, Germany, have designed and tested a new pointing mode for Mars Express for its Lander Communications system to point toward MSL.

The instrument was originally intended for communicating with the Beagle lander on the martian surface in 2003.

Mars Express to record and relay signals from NASA

On 6 August, Mars Express will turn and start listening at 05:10. Confirmation of touchdown is expected directly via Odyssey at 05:31, and Mars Express will record MSL signal data between 05:10 and 05:38 (all times GMT and subject to change).

Once complete, Mars Express will slew again to point toward Earth and transmit the recorded data to ESOC via the Agency’s 35 m-diameter deep-space antenna in New Norcia, Australia.

The data are expected around 06:40 GMT and will be immediately transmitted to NASA.

ESA’s station network will also directly support the landing, standing by as ‘hot back-up’ to NASA’s own deep-space network to receive data from 250 million km.

“NASA supported the arrival of Mars Express at Mars in 2003, and, in the past few years, we have relayed data from the rovers Spirit and Opportunity,” says ESA’s Manfred Warhaut, Head of Mission Operations.

“Mars Express also tracked the descent of NASA’s Phoenix lander in 2008 and we routinely share our deep space networks.

“Technical and scientific cooperation at Mars between ESA and NASA is a long-standing and mutually beneficial activity that helps us both to reduce risk and increase the return of scientific results.”