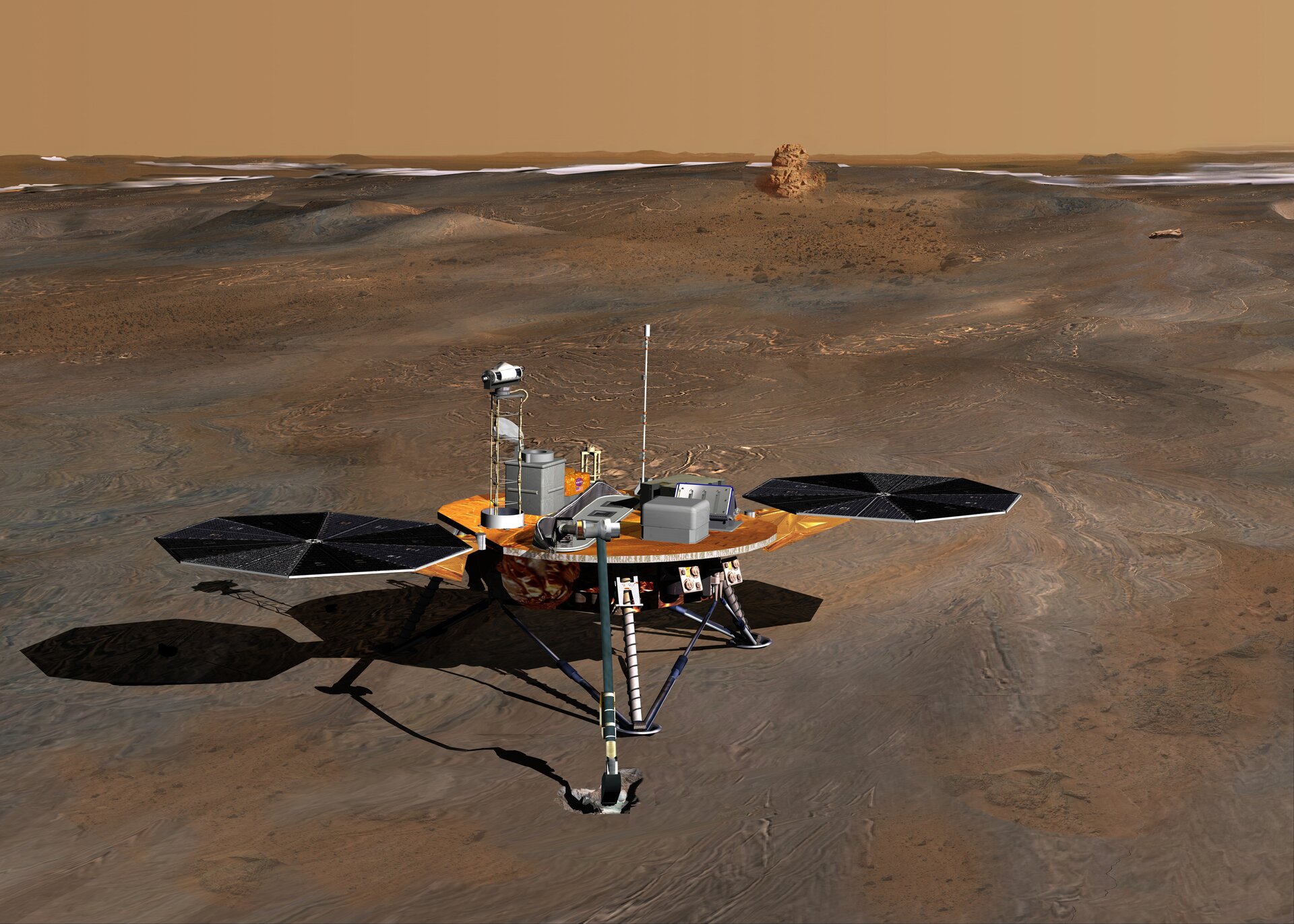 When NASA's Phoenix lander descends to the Red Planet's surface in the spring of 2008, ESA's Mars Express will closely monitor progress, serving as a key communications back-up.

The deep-space cooperation is just one more example of the two agencies working together to share expertise, rationalise resources and boost the scientific value of their missions.

At NASA's request ESA will support the Phoenix mission by monitoring the lander during its Entry Descent and Landing (EDL). The support requires a great deal of planning on behalf of the Mars Express control team and other specialists at ESOC, ESA's Space Operations Centre in Darmstadt, Germany.

The Mission Control Team must merge an already planned orbit manoeuvre with an additional step that permits support to Phoenix while maintaining Mars Express' planned scientific observations of the planet. These manoeuvres, although the landing is only scheduled for May 2008, will start as early as December 2007 in order to minimise fuel expenditure. "The earlier we start the orbit adjustments, the more fuel we are able to save," says Michel Denis, Mars Express Spacecraft Operations Manager.

Both agencies benefit from Mars cooperation

But the extra work at ESA is well worth the effort as both agencies have over many years benefited from reciprocal cooperation and support related to the Red Planet.

For Mars Express, NASA was instrumental in helping ESA undertake Europe's first-ever mission to another planet. Due to the new nature of this mission, Flight Dynamics teams from ESOC and NASA's JPL (Jet Propulsion Laboratory) collaborated to validate the software for interplanetary navigation.

The orbit insertion of Mars Express was also supported by NASA's Deep Space Network (DSN) of ground stations, equipped with giant 70-metre antennas, which verified signals and communicated with the spacecraft.

NASA, as Co-Principal Investigator on the MARSIS (Mars Advanced Radar for Subsurface and Ionosphere Sounding) experiment, later was involved when MARSIS experienced difficulty in fully deploying its boom antennas. An integrated team of US and European engineers worked together to devise a solution; MARSIS has since played a key role in confirming water on and beneath the surface of Mars.

"For the past 3-1/2 years, the NASA Deep Space Network of antennas on Earth has allowed ESA to receive an increased amount of data from Mars, improving the mission value," says Denis. And once Phoenix lands on Mars next year, ESA hopes to be able to return part of this favour.

Operations experts at ESA are currently studying ways to use Mars Express to communicate with the Phoenix lander during its 90-day mission. This could increase the amount of scientific data returned by the lander, as Mars Express would have the capacity to contact and command the lander every two or three days, as well as serve as a relay station for commands and back-up in case of NASA spacecraft failures. Mars Express could also record data if Phoenix goes in safe mode.

Cooperation between the two agencies has also been close for other Mars missions.

In 2004 and 2005, Mars Express demonstrated the ability to command and recover data from NASA's rovers Spirit and Opportunity operating on the Red Planet. After the rovers recently survived a heavy dust storm season, a new communication testing campaign started with Mars Express. It provides a true-scale simulation of the Phoenix Entry, Descent and Landing operations, and prepares Mars Express for possible backup relay operations of Phoenix data.

"For both agencies, mutual support brings many benefits and increases mission flexibility. Experience gained and lessons learnt from cross support at Mars can lay the foundations to build future international cooperation for other planetary missions," says Denis.