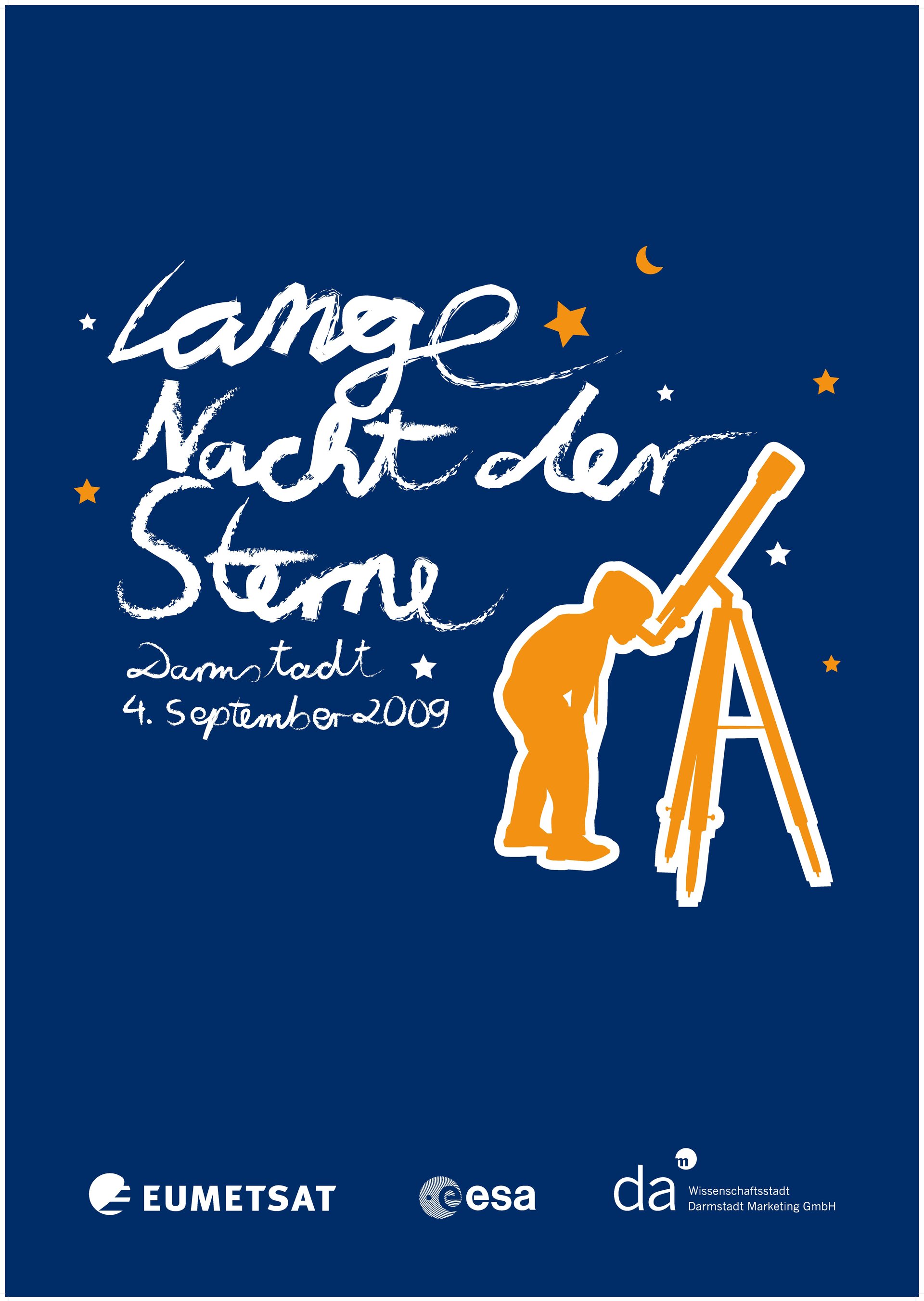 During ESOC's 'Long Night of Stars', 4 September 2009, more than 3000 visitors were guided on tours of satellite control facilities, attended space science presentations, watched Moon robots put through their paces and made direct contact with European astronauts on board the International Space Station.

During a series of 90-minute tours, members of the public saw first-hand the work of European satellite operations specialists who control 11 missions in space with eight more in preparation. ESA experts hosted visits to control rooms, explained how complex missions are operated and answered questions on a range of topics. Scientists and engineers also made presentations on a number of current and future space projects that will involve ESA expertise.

The event included scientists from the German Research Centre for Artificial Intelligence (Deutsches Forschungszentrum für Künstliche Intelligenz - DFKI), who provided a live demonstration of CESAR - a prototype Moon robot. CESAR is a highly sophisticated vehicle and was the winning entry in the 2008 ESA Lunar Robotic Challenge.

Despite rainy weather, visitors were afforded the opportunity to take a peek deep into space courtesy of telescopes and experienced sky watchers from the AAW (Arbeitsgemeinschaft Astronomie und Weltraumtechnik Darmstadt e.V.), a local amateur astronomy club.

A highlight of the evening was an in-flight call courtesy of ARISS (Amateur Radio on the International Space Station) with the ISS. On the stage, ESA astronaut Reinhold Ewald hosted the live call, which included posing space-related questions from local Darmstadt students.

Canadian astronaut Robert Thirsk and ESA astronauts Christer Fuglesang, from Sweden, and Frank de Winne, from Belgium, provided answers from orbit (access an 11-minute audio recording of the call via the HR-Info site, in German and English).

Photos from the Long Night of the Stars 2009