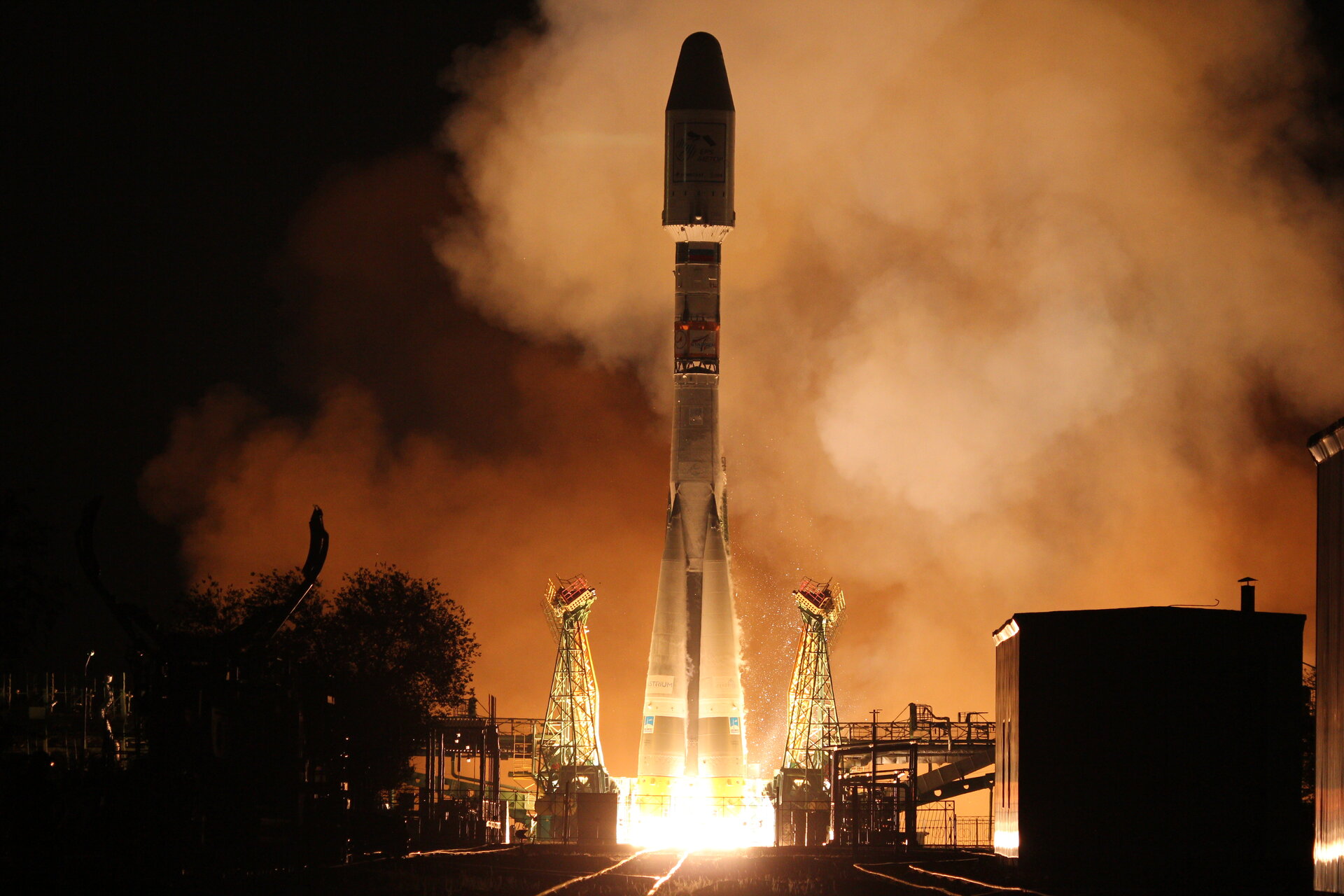 PR 28 2012 – The second Metop satellite was launched today from the Baikonur cosmodrome, in Kazakhstan, atop a Russian Soyuz launcher.

Metop-B will ensure the continuity of the weather and atmospheric monitoring service provided by its predecessor Metop-A, which has been circling the globe from pole to pole, 14 times a day, since 2006 and has now exceeded its design lifetime.

The Soyuz-Fregat vehicle lifted off at 16:28 GMT on Monday, 17 September. The Fregat upper stage manoeuvred to release the satellite into a polar orbit at an altitude of 810 km some 69 minutes later, over the Kerguelen Archipelago, in the Indian Ocean.

Metop-B, developed for EUMETSAT’s polar satellite system, is now under the control of ESA’s Operations Centre in Darmstadt, Germany.

In the coming days, its systems will be tested before it is handed over to EUMETSAT, also based in Darmstadt, for six months of commissioning of its payload before entering routine service with Metop-A.

For ESA’s Director General Jean-Jacques Dordain: “The launch of this second Metop satellite has taken place about two and a half months after that of MSG-3; this is a perfect illustration of the vitality of Europe’s weather satellite programmes developed in cooperation between ESA and EUMETSAT. The fact that the next generation satellites in line are already being prepared by ESA shows the strong commitment of Member States of both organisations to continue and improve collecting data that are supporting not only weather-forecasting but also monitoring and understanding of climate change. Such services are demonstrating daily the economical and societal value of investing in space infrastructure.”

Volker Liebig, ESA’s Director of Earth Observation Programmes, commented: “Metop-B will become operational while Metop-A is still active and performing well. This will ensure the continuity of the service without any risk of interruption in the data feed. Meanwhile, we are working with EUMETSAT to prepare the future with the second generation of European polar satellites.”

Unlike the Meteosat satellites, which are watching about half of our planet from a fixed vantage point almost 36 000 km above the Gulf of Guinea, Metops work at lower altitude and fly over the whole globe to provide additional data on the atmosphere.

Beyond weather monitoring, the Metop and Meteosat satellites are part of ESA’s effort on climate watch, which includes the experimental Earth Explorer satellites, to probe Earth and its atmosphere.

Three Earth Explorers have been launched since 2009 – the GOCE gravity mapper, the SMOS water satellite and the CryoSat ice satellite – and more are in preparation.

In 2013, ESA will start launching Sentinel satellites to monitor our environment and climate under the Global Monitoring for Environment & Security (GMES) initiative with the European Commission.