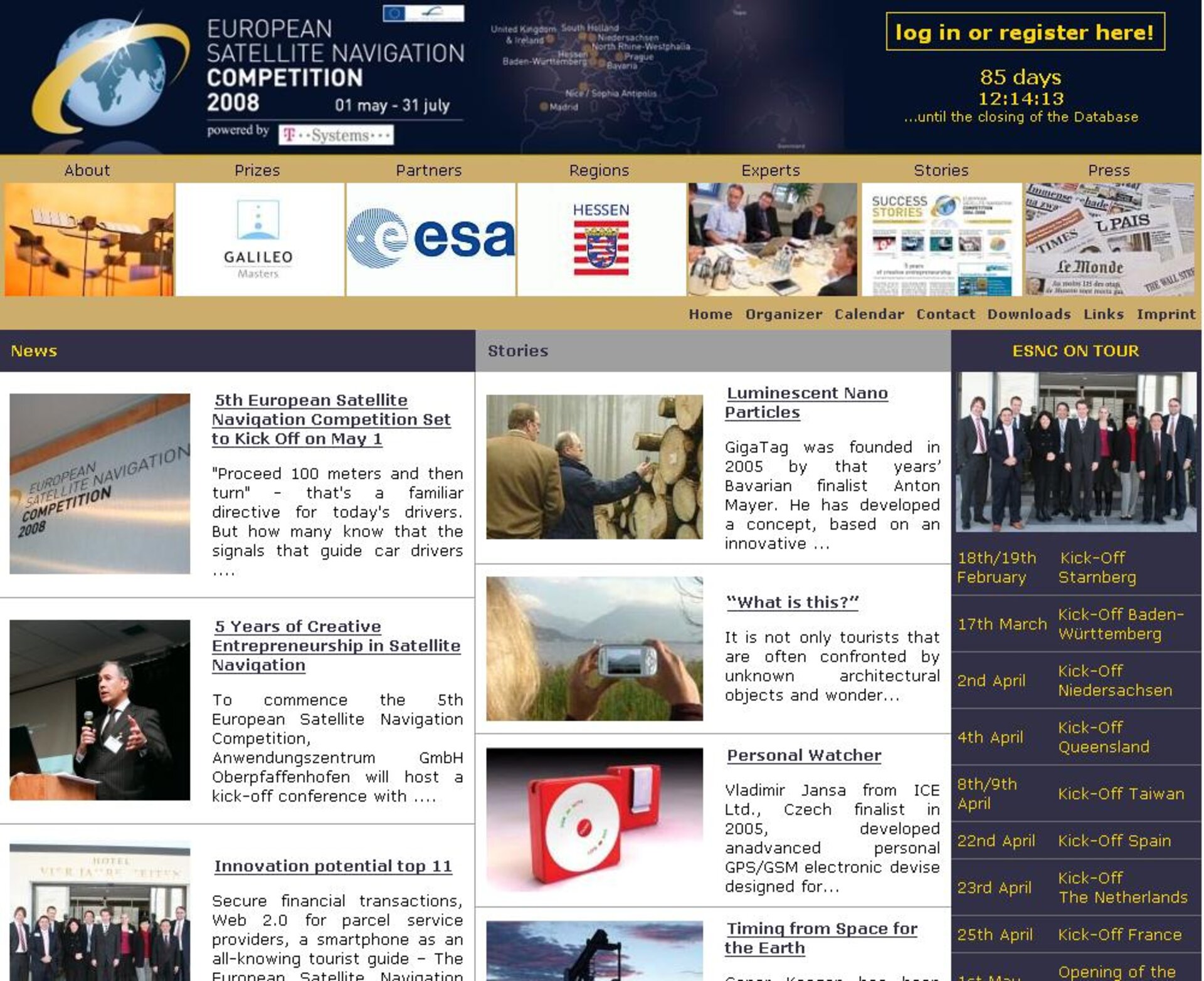 The Hessen regional launch for this year's European Satellite Navigation Competition, better known as 'Galileo Masters', will be held at ESA's Space Operations Centre (ESOC) in Darmstadt, Germany, 7 May 2008.

The programme includes presentations from Anwendungszentrum Oberpfaffenhofen, organiser of the competition, and the Centrum für Satellitennavigation Hessen (CESAH - Centre for Satellite Navigation Hessen), regional organiser in Hessen. Experts involved in many aspects of navigation applications, including transportation, logistics, systems integration, research, investment and software development will provide practical insights in a number of presentations and briefings.

The European Satellite Navigation Competition is an innovation contest that recognizes the best ideas for innovative applications in the field of satellite navigation.

The goal of the competition is to strengthen the international collaboration of these regions, particularly with regard to the development of applications and services made possible by the European satellite navigation system Galileo. The competition is held under the patronage of the Bavarian State Ministry for Economic Affairs, Infrastructure, Transport, and Technology with the support of the German Aerospace Center (DLR).

The grand prize winner - the Galileo Master - will be announced along with special prize winners and 13 regional winners on 21 October 2008 at a state reception to be held at the Munich Residenz. Winners will also have the chance to present their ideas and applications to a wide audience of decision-makers from 21-24 October at this year's SYSTEMS trade show in Munich.

The European Space Operations Centre is one of ESA's facilities deeply involved in satellite navigation. Since 2006, ESOC's Navigation Facility has produced a growing series of processed data products providing some of the world's most accurate orbit and clock calculations related to GNSS, or global navigation satellite systems. The Navigation Facility's cornerstone geoscience service consists of calculating and predicting GPS satellite orbits in near real-time every three hours. More information here.