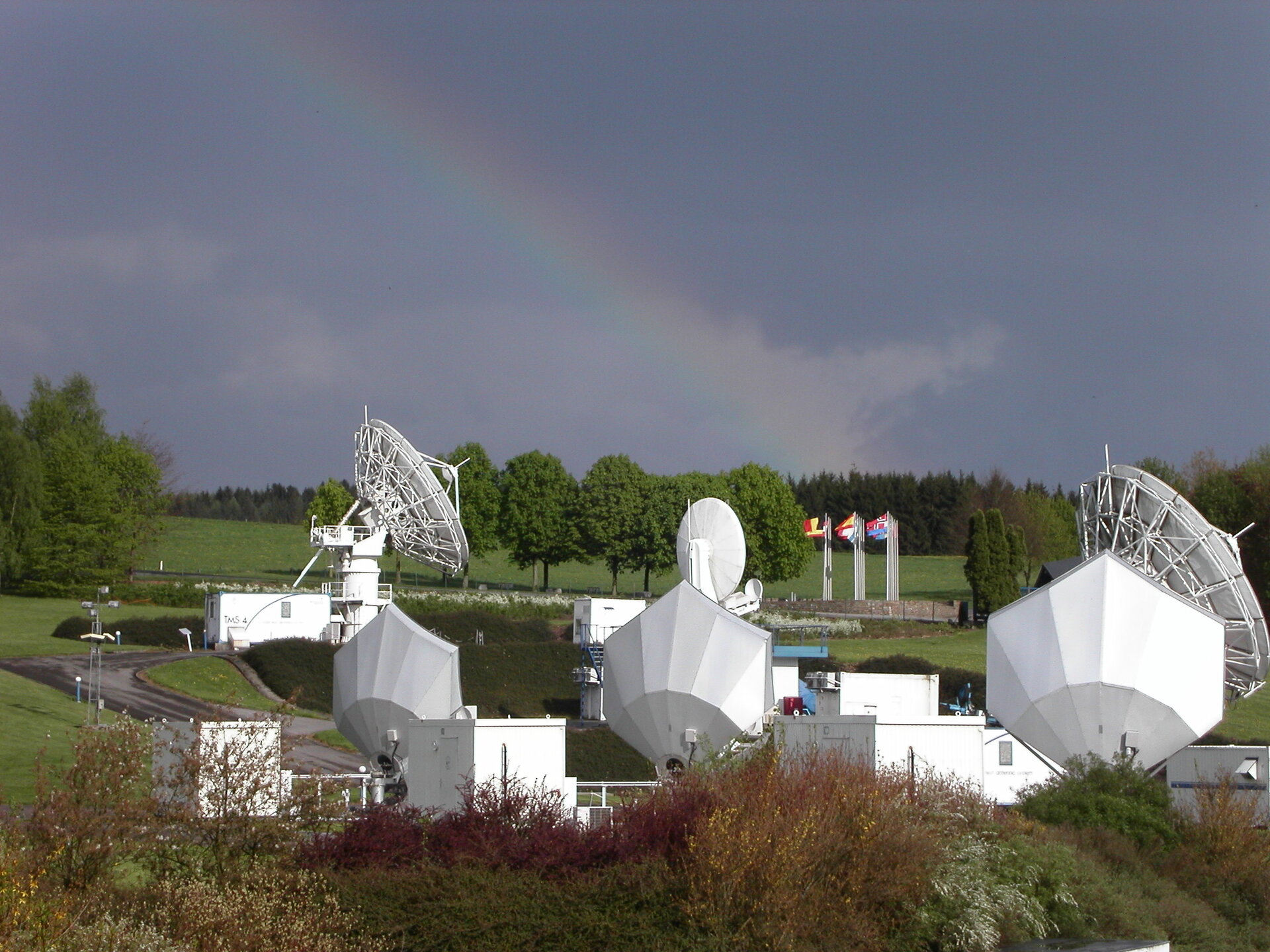 A new page is being turned in the history of the ESA Redu ground station with the award today of a contract for maintenance and operations services to Redu Space Services S.A.

The contract also foresees the possibility for Redu Space Services to provide new commercial services from the ESA Redu station, thereby enhancing the use of the ESA facilities and optimising the resources in place for the common benefit of ESA and the operator.

The new services contract has been awarded in accordance with the appropriate ESA regulations. The tendering process started in November 2006 with an Announcement of Opportunity which was answered by several of the major European operators and services companies

Giuseppe Viriglio, ESA’s Director of Telecommunications and Navigation Programmes points out: “This contract is a big opportunity to enhance the utilisation of the Redu ground station by commercial users, thereby increasing the economic value of this station for the region. ESA considers its Redu site as a centre of excellence for telecommunications and navigation satellite services. Our cooperation with the new operator will create synergies and ensures a good future for the station and the staff working on the station.”

This new contract also marks the closure, on 1 July 2007, of a contract for Vitrociset who have been supporting ESA at Redu for 25 years. ESA is thankful to Vitrociset and recognises not only a long and professional involvement in the ground station but also its cooperation in quickly ensuring the full takeover of the station personnel by Redu Space Services.

ESA’s Redu station performs ground control and in-orbit testing of satellites for ESA missions. Over almost 40 years of activity, Redu has become essential to ESA and the European space sector as part of the network of ESA tracking stations. Redu has been active in many important programmes – for example, pioneering TV broadcasting such as the Eutelsat and Astra telecommunications satellites.

Redu was involved in receiving the signals from GIOVE-A, the first Galileo satellite and could later be part of the Galileo ground network.

The station has many assets and is capable of communicating not only with geostationary telecom satellites located above the Atlantic and Indian oceans but also with a wide range of spacecraft engaged in a variety of missions.

Redu is still expanding in order to develop and promote applications serving society. The station's future will no longer depend entirely on ESA programmes, but will also be assured by new commercial opportunities.