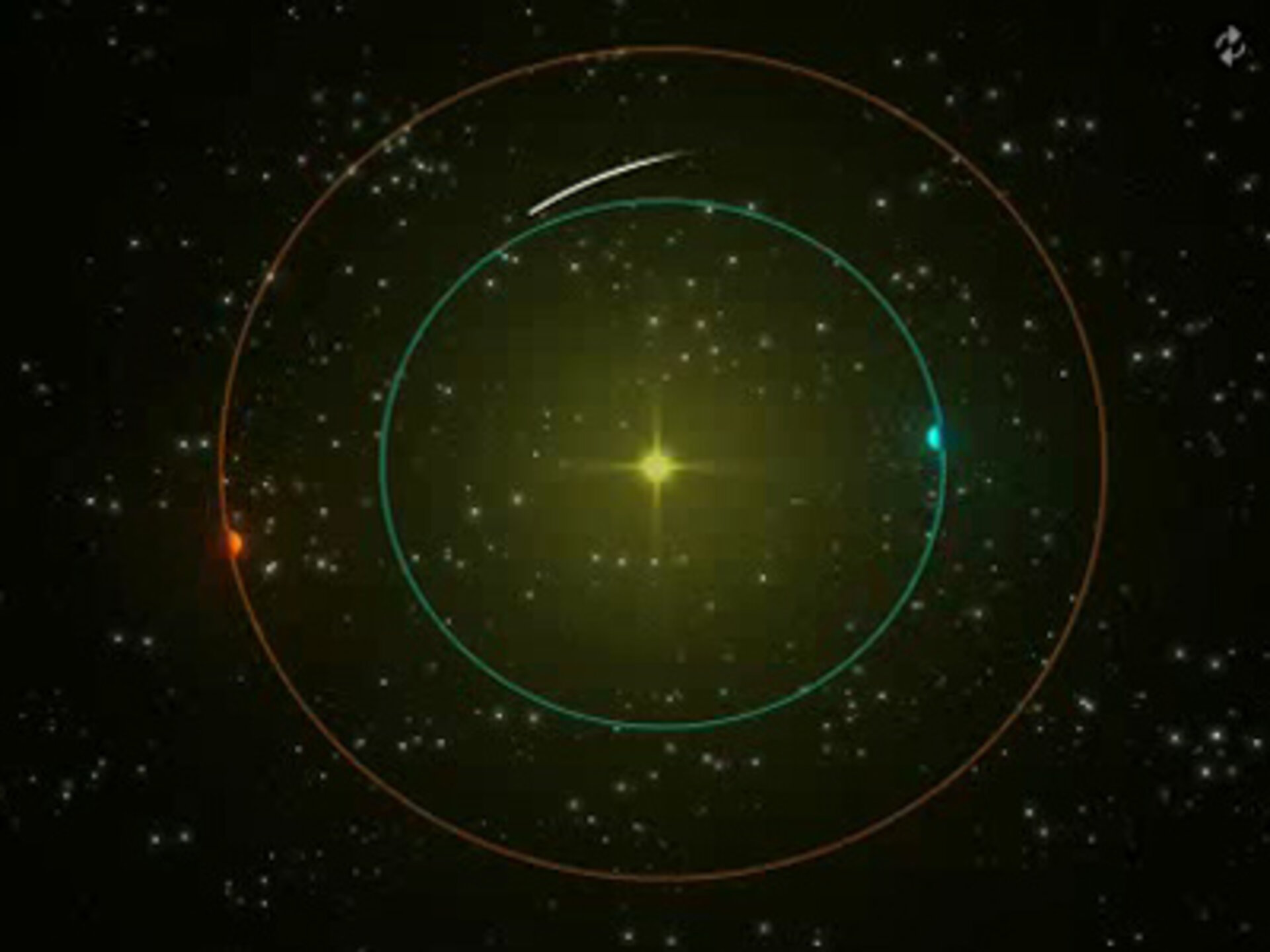 ESA mission controllers have confirmed Rosetta is on track for a critical 250-km Mars swingby on 25 February. Engineers have started final preparations for the delicate operation, which includes an eclipse, a signal blackout, precise navigation and complex ground tracking.

Rosetta is scheduled to make its closest approach to Mars at 02:57 CET on Sunday, 25 February, using the Red Planet as a gravitational brake to reduce speed and alter trajectory as part of the spacecraft's complex, 10-year, 7.1-thousand-million-kilometre journey to comet 67P/Churyumov-Gerasimenko.

"Last Friday's engine firing went well. On Tuesday, we confirmed the spacecraft is on nominal track for the swingby. There is currently no need for additional engine burns, so the next manoeuvre slot, planned for the weekend, has been cancelled," said Paolo Ferri, Rosetta Flight Director, speaking at ESOC, ESA's Space Operations Centre in Darmstadt, Germany.

Later today, the Flight Control Team is scheduled to begin charging Rosetta's batteries for the planned 25-minute eclipse during the swingby. During the eclipse, Rosetta's solar panels will be shadowed from sunlight by Mars, and all but essential systems will be turned off or placed into low-power modes.

Rosetta's original trajectory and engineering design did not include an eclipse, but unavoidable launch delays forced the trajectory to be replanned. Mission controllers working on Rosetta have spent months carefully planning and testing a low-power configuration which will allow the spacecraft to safely operate on batteries.

We confirmed the spacecraft is on nominal track for the swingby. It will pass Mars at over 36 000 kilometres per hour at closest approach.

Further, ground controllers expect to lose contact with Rosetta for a tense 15-minute occultation, or blackout, starting at 03:14 CET on 25 February, as Rosetta passes behind Mars with respect to ground stations on Earth.

At closest approach, Rosetta will skim by Mars in a spectacular passage, a mere 250 km above the Red Planet and travelling 36 191 km per hour relative to the planet. At this time, ESA's Mars Express will be some 11 042 kms away from Rosetta, while NASA's Mars Reconnaissance Orbiter will be about 7172 kms distant.

The intensive swing-by activities at ESOC have included a comprehensive tracking campaign to carefully plot Rosetta's position and trajectory.