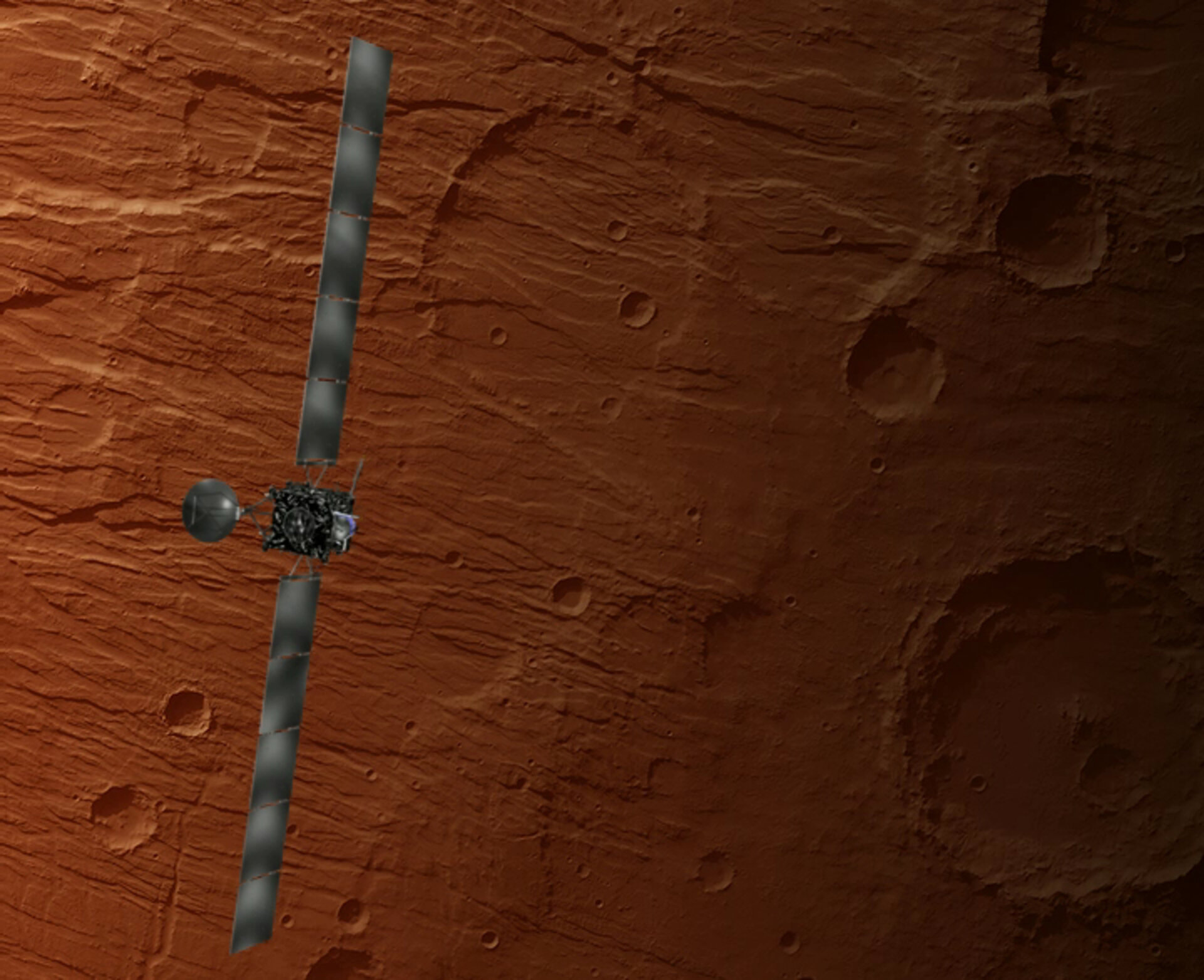 In addition to acquiring incredible images of Mars during the planetary swingby earlier today, Rosetta and its lander Philae continue returning data from the Red Planet. The ROMAP instrument on board Philae measured the intensity of the peculiar magnetic field of Mars around closest approach.

Philae's ROMAP (Rosetta Lander Magnetometer and Plasma Monitor) instrument aims ultimately to study the local magnetic field of Comet 67P/Churyumov-Gerasimenko and examine the intensity of the magnetic interaction between the comet and the solar wind in three spatial dimensions ('3D').

The cometary magnetic environment is similar to that of Mars. Mars doesn't have a global planetary magnetic field protecting it from the solar wind. Its complex and 'disturbed' magnetic environment is – in very simplified terms - the result of the combination of the weak magnetosphere surrounding the planet, under continuous attack from the solar wind, with the local magnetic spots (anomalies) that characterise the planet's crust.

The graph presented in this article plots time on the horizontal axis versus intensity of the magnetic field on the vertical axis.

It shows how the magnetic environment of Mars becomes complex when the solar wind, initially proceeding unperturbed at supersonic speed (left of the image), encounters the boundary region of the magnetosphere (bow shock), gets decelerated to subsonic speed and becomes turbulent. The turbulence continues in the ‘tail’ of the planet’s magnetosphere (right of the image).

These measurements are very important as they show how well the ROMAP instrument is performing. This data set is also almost unique, as the trajectory that Rosetta followed during the Mars swingby is very different from those usually followed by other spacecraft orbiting Mars: only the Russian probe Phobos-2 provided a similar insight into the plasma environment around Mars from this special viewpoint in space.