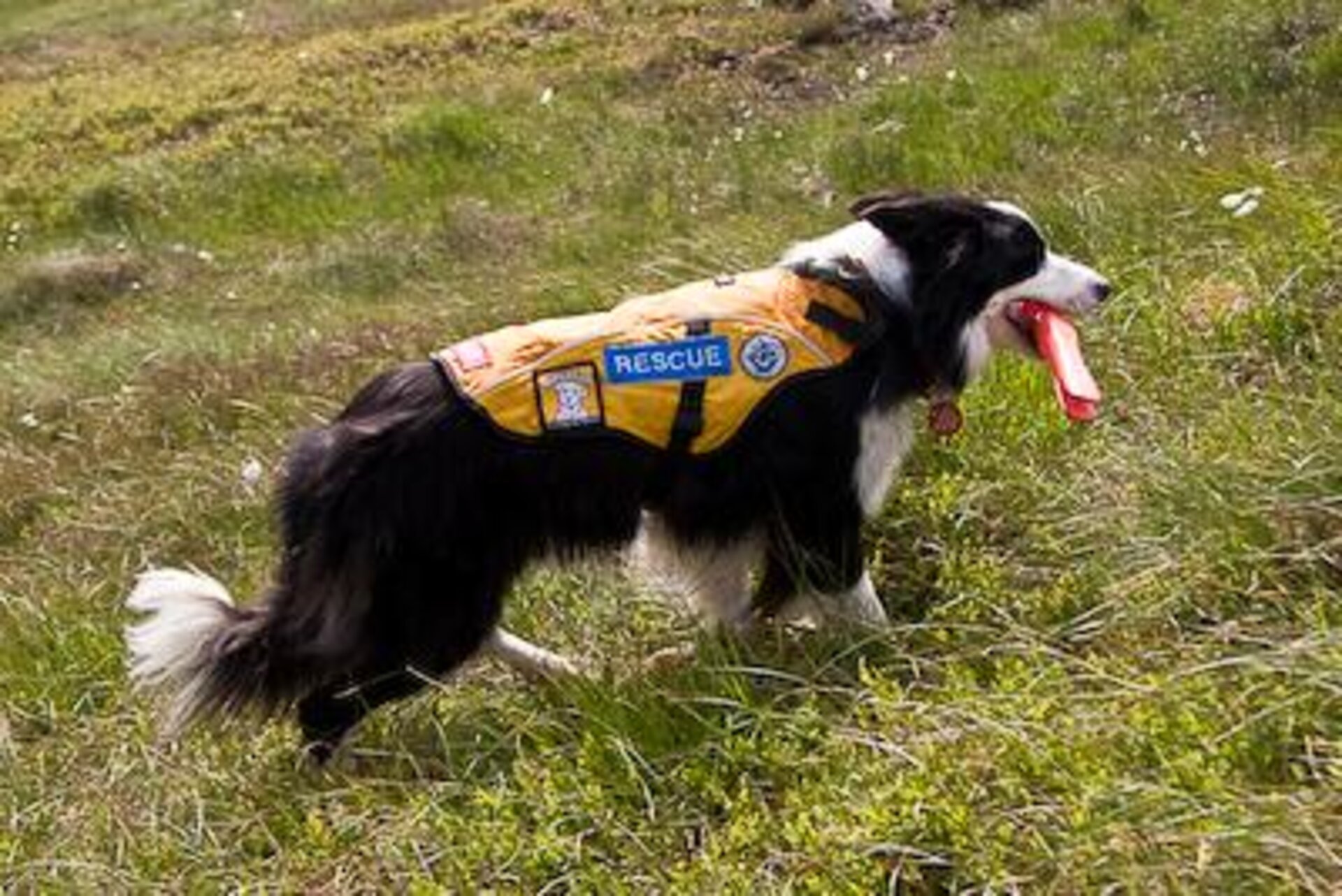 The Galileo Master prize for 2009 has been awarded to José Caro Ramón for his use of satellite navigation to increase the effectiveness of rescue dogs searching for survivors after natural disasters. The ESA prize went to Tim Springer for his idea of centimetre-level satnav positioning in near-realtime.

The Grand Master winner, Osmógrafo®, is a simple, yet powerful prototype tool to support canine search and rescue. Following building collapses in events such as earthquakes, dogs are often used to find victims under the rubble. By tracking the dogs via satnav receivers on their collars, Osmógrafo reveals the areas still to be searched, increasing the odds of finding people still alive.

“Osmógrafo maps the area covered by the dogs’ keen sense of smell, based on their locations, their smell capabilities and the wind conditions. As a dog moves around we calculate in real time the area sniffed,” explains José Caro Ramón, of Madrid.

“At a given time, the rescue coordinator has to decide if the dog search has been completed, and heavy machinery can move in. This is a critical decision and human lives could be in danger. Osmógrafo helps to know exactly which area has been searched, and if others are still missing.”

At the moment, Mr Caro Ramón uses GPS with the European Geostationary Navigation Overlay System (EGNOS) but in the future he plans to call on the European Galileo system.

For Osmógrafo, he received the coveted Galileo Masters 2009 award and a cash prize of €20 000, with a 6-month incubation project to develop his idea from prototype to a commercial system. He also won Madrid’s ‘Support for Life’ prize and is the regional winner of Madrid.

The winner of ESA’s Technology Transfer prize is Tim Springer, with his proposal for identifying positions in real time with centimetre-accuracy. He is also the regional winner of Hesse, Germany.

Today’s GPS, Glonass and EGNOS – and eventually Europe’s Galileo satellites – all provide navigation data that can be combined in a receiver to yield an accuracy of 2 cm. But, so far, this has not been possible in real time.

Tim Springer’s software provides the higher accuracy in near-realtime. He now aims to offer it to wide range of commercial users, such as the oil and gas industry, and for seismic early-warning systems.

“With this prize, we aim to support an idea with a high market potential and a short time-to-market. This idea opens a new dimension for the highest accuracy in commercial applications and is almost ready to go.”

Springer will establish his company at the ESA Business Incubation Centre in Darmstadt, Germany.

Now in its fifth year, ESNC is one of Europe’s largest networks for satnav applications, covering 15 high-tech regions in Europe and three outside. ESA’s Technology Transfer Programme Office has been a partner since 2005.

The 2009 winners include: a monitor for elderly people, a safety system for trains, a leisure tool to record hiking routes, and a system to find avalanche victims.

A hands-free guidance system was proposed for swimmers and the visually impaired, while another presented a monitor for pregnant women to warn of imminent premature delivery. Of the several gaming ideas, one uses the player’s own body as the joystick.

The ideas in the 2009 competition included: a monitoring system for elderly people, a safety system for trains, a leisure navigation tool to record hiking tracks, a geo-coded seal to limit spreading of dangerous goods, a system to find avalanche victims and a service for better weather information for non-commercial aircraft.

The main mission of the TTPO is to facilitate the use of space technology and space systems for non-space applications and to demonstrate the benefit of the European space programme to European citizens. The office is responsible for defining the overall approach and strategy for the transfer of space technologies, including the incubation of start-up companies and their funding. For more information, please contact: