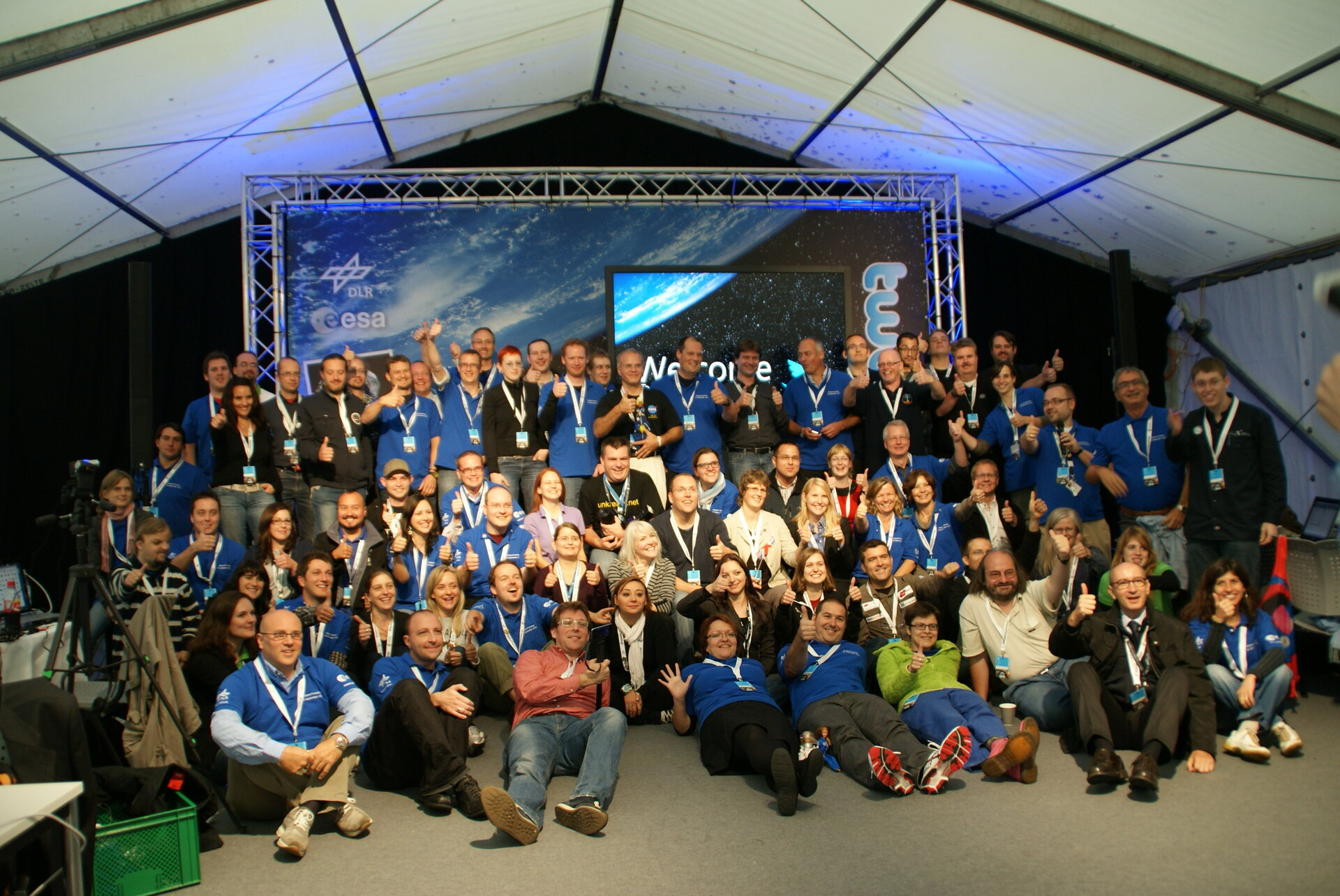 The DLR German Aerospace Center and ESA are again inviting 50 of their followers on social networks such as Twitter, Facebook and Google+ to a Tweetup at the ILA Berlin airshow in September. Applications are now welcome.

A Tweetup is an informal gathering of people who use the Twitter social media platform. This time, the selection process includes Facebook and Google+ users.

As with the first European SpaceTweetup in Cologne in September 2011, participants in the #ILAtweetup on Friday, 14 September will be in close and personal contact with European aerospace.

ILA offers a perfect opportunity for this, with over 1000 exhibitors from 47 countries and an extensive flying programme.

Among the exhibitors are ESA and DLR, which is presenting itself both as a research centre for the aerospace sector and as a space agency.

With the support of the German Aerospace Industries Association, DLR and ESA are presenting European space research in two venues.

The Space Pavilion exhibition hall will be filled with fascinating displays. DLR will have its own stand showcasing its aerospace research work.

The Spacetweeps will have access to both venues. The programme for the #ILAtweetup includes:

On 14 September, all #ILAtweetup participants will be able to access ILA 2012 free of charge.

Follow the link in the navigation bar at right or below to apply to participate. Applications will be accepted until 3 August.

How to register for the 2012 ILA Tweetup