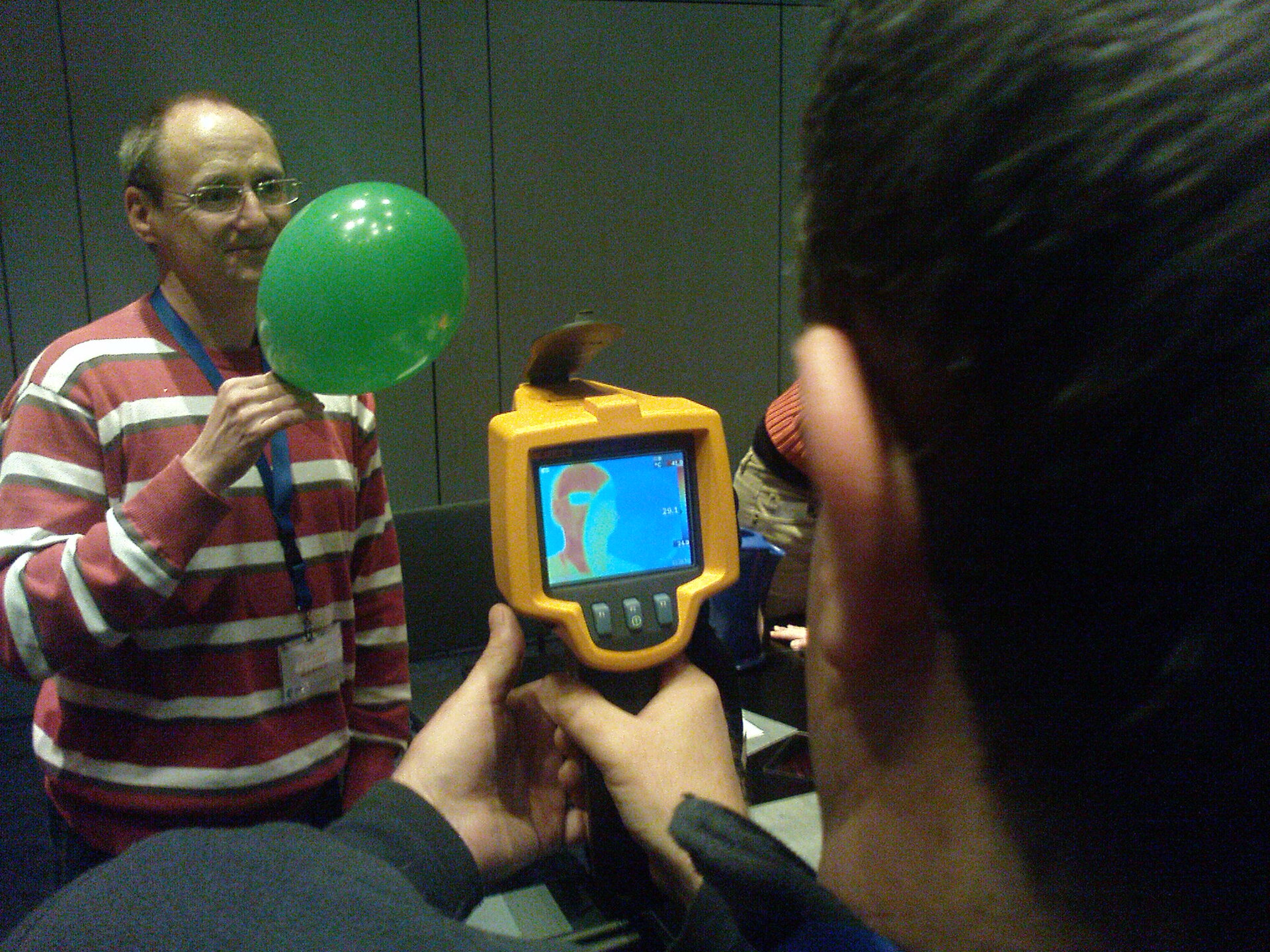 A group of educators from across Germany visited ESA's European Space Operations Centre, in Darmstadt, to take part in "Science into the Schools," a project co-hosted by the magazine Sterne und Weltraum and the European Space Agency.

The event aimed to inspire educators at all levels to integrate astronomical science, especially the science of the upcoming Herschel and Planck missions, into their programmes, and to provide teachers with the latest information on ESA missions and on new developments in physics, astronomy and general space science.

The day-long event included a guided tour of the centre's spacecraft operations facilities and a series of lectures and workshops focusing on space exploration.

The highlight topic for the day was ESA's Herschel and Planck space observatory missions, to be launched in 2009. Lectures included a mission overview, infrared astronomy, the satellites' instruments, and spacecraft navigation and flight control. Special sessions also covered how to integrate these areas into school curricula and the use of space exploration to inspire and encourage students to study sciences in later years.

Presentations from ESA and guest experts

2009 is the UN's International Year of astronomy (IYA), and ESA is supporting numerous outreach initiatives Europewide, which are expected to generate a strong interest among the media, general public, teachers, students and future scientists everywhere.