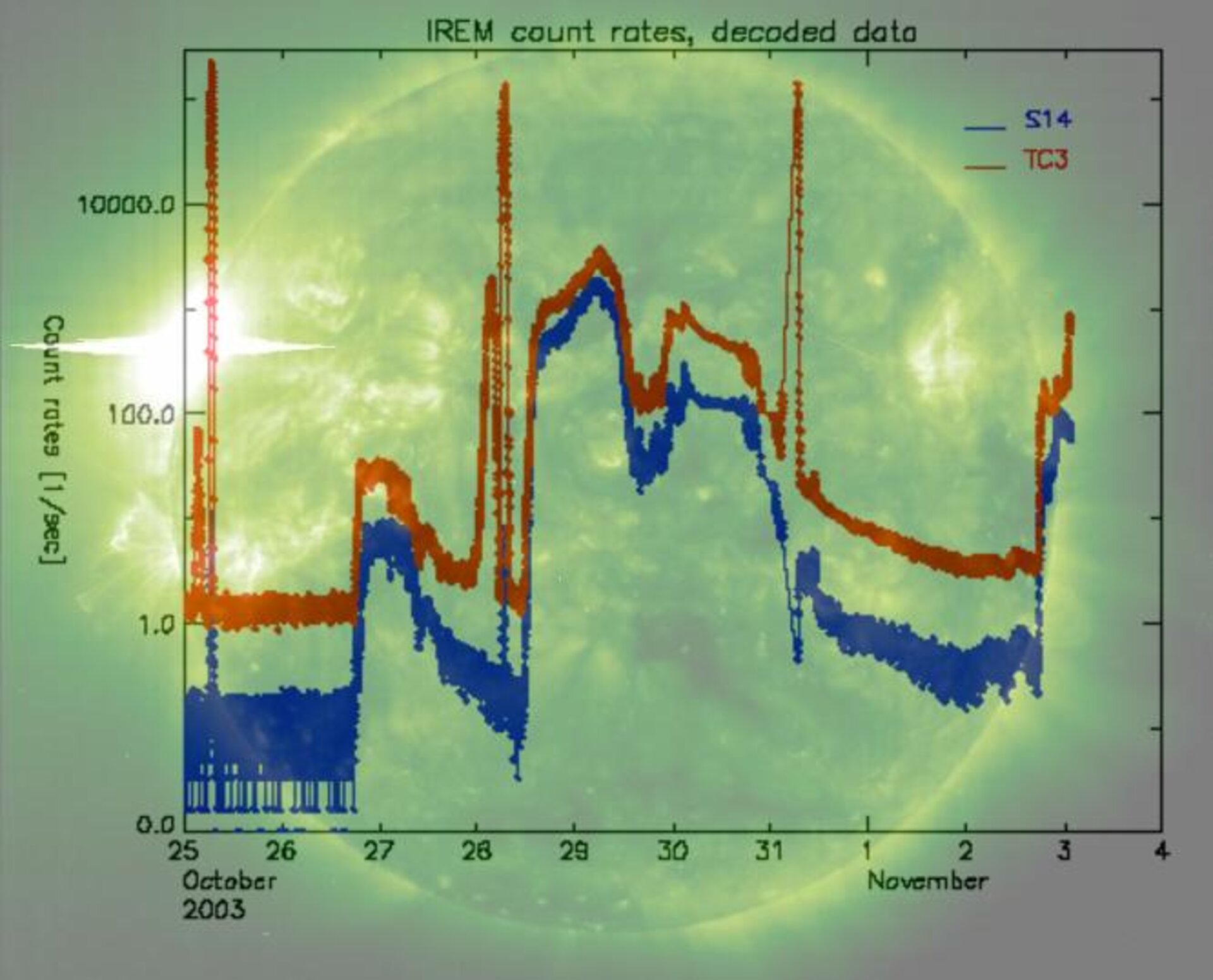 If a satellite encounters high-energy particles or other 'space weather' phenomena before ground controllers can take action, on-board electronics could be disrupted, scientific instruments damaged and, in very rare and extreme cases, spacecraft may even be lost. A sophisticated tool in development at ESOC promises to provide effective monitoring and forecasting for any type of mission.

Energetic cosmic rays from elsewhere in the galaxy also penetrate into our solar system. These phenomena are some of the major sources of abnormal behaviour and aging for spacecraft and their sensitive scientific instruments.

"Space weather affects spacecraft in many ways. There can be random lost data, changes in orbit dynamics and reduced quality of science data. Therefore, real-time updates are essential when deciding how long to shut down instruments during hazardous periods," says Alessandro Donati, Head of ESOC's Advanced Mission Concepts and Technologies office.

Some of the space weather data is gathered by ESA, NASA and NOAA (US National Oceanic & Atmospheric Administration) spacecraft, while other observations come from numerous ground-based institutes and facilities. SEISOP is a member of SWENET, the Space Weather European Network.

SEISOP enables mission controllers to predict when they should shut down instruments such as star trackers, place systems into 'safe mode' or take other action to protect sensitive on-board electronics and scientific sensors.

While some instruments are equipped to automatically shut down during adverse periods, not all are and bringing an instrument back into service after an automated shut down is time consuming. Further, it has until now been difficult to know when radiation had fallen to safe levels, once an event like a solar flare had taken place.

In 2007, SEISOP will enter operational development aimed at providing all ESA missions with the same vital space weather updates. "We expect to start work this year to create the final operational version. SEISOP can potentially provide warning services not only within ESA but also to space agencies worldwide, since space weather can affect any spacecraft," says Donati.