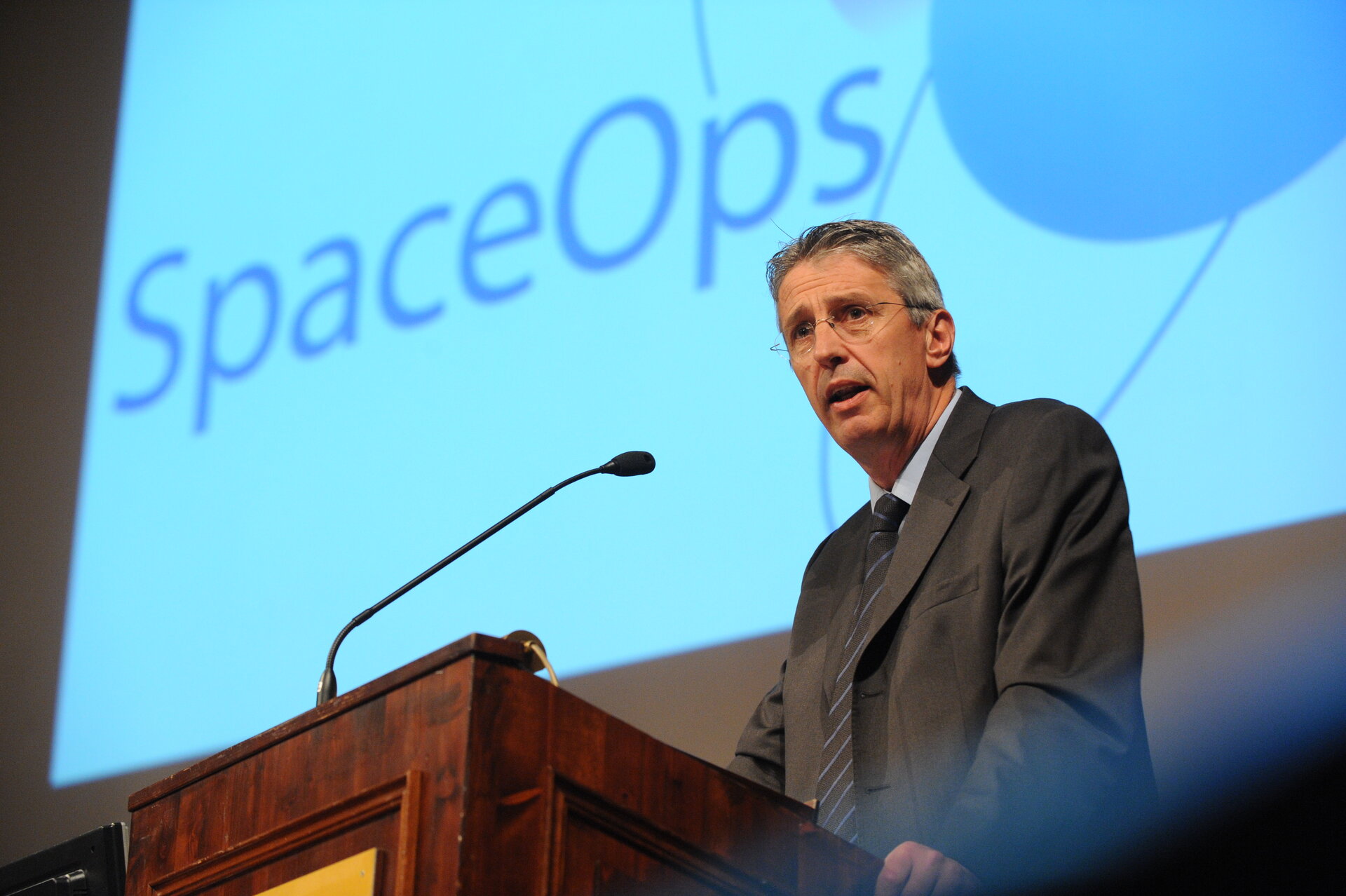 This year's event, themed on "Protecting the Earth, Exploring the Universe," got underway in Heidelberg, Germany, on 12 May with over 400 experts from the world's space agencies, industry, government and academia in attendance.

Opening addresses by senior managers from ESA, EUMETSAT (the European Organisation for the Exploitation of Meteorological Satellites), and the German Aerospace Center (DLR) highlighted recent achievements in boosting standardisation, the strong growth in inter-agency cooperation and the future evolution of human and robotic mission technology.

"Future missions will no longer be designed one by one, but rather will be linked into a group of missions. This enables us to operate based on a common infrastructure and common platforms," said Gaele Winters, ESA's Director of Operations and Infrastructure. Winters also highlighted the significant cost reductions for mission operations that ESA is achieving while missions become more complex. "We are becoming much more efficient," he added.

Winters emphasized the crucial importance of international and inter-agency cooperation for future missions, citing ongoing initiatives between ESA and other European space agencies, NASA, Russia and space agencies in Japan and China, among others.

Opening speeches were also delivered by Dr Lars Prahm, Director General of EUMETSAT, and Prof. Dr Johann-Dietrich Woerner, Chairman of the Executive Board of the German Aerospace Center (DLR).

William H. Gerstenmaier, Associate Administrator for Space Operations at NASA, gave a special address to mark the 25th anniversary of NASA's TDRSS satellite system (Tracking and Data Relay Satellite System), used to provide continuous communications between controllers on the ground with a growing number of missions, including the Space Shuttle, the ISS and the ESA/NASA Hubble Space Telescope. TDRSS was used earlier this year to enable communications with ESA's ATV (Automated Transfer Vehicle) during its launch to the ISS.

"All of this boosts economy for everyone," he added.

SpaceOps 2008 is being organised by ESA and EUMETSAT in cooperation with the American Institute of Aeronautics and Astronautics (AIAA). This is the 10th edition of the biannual event, and the second in a row to be hosted in Europe. The event continues until Friday, 16 May.