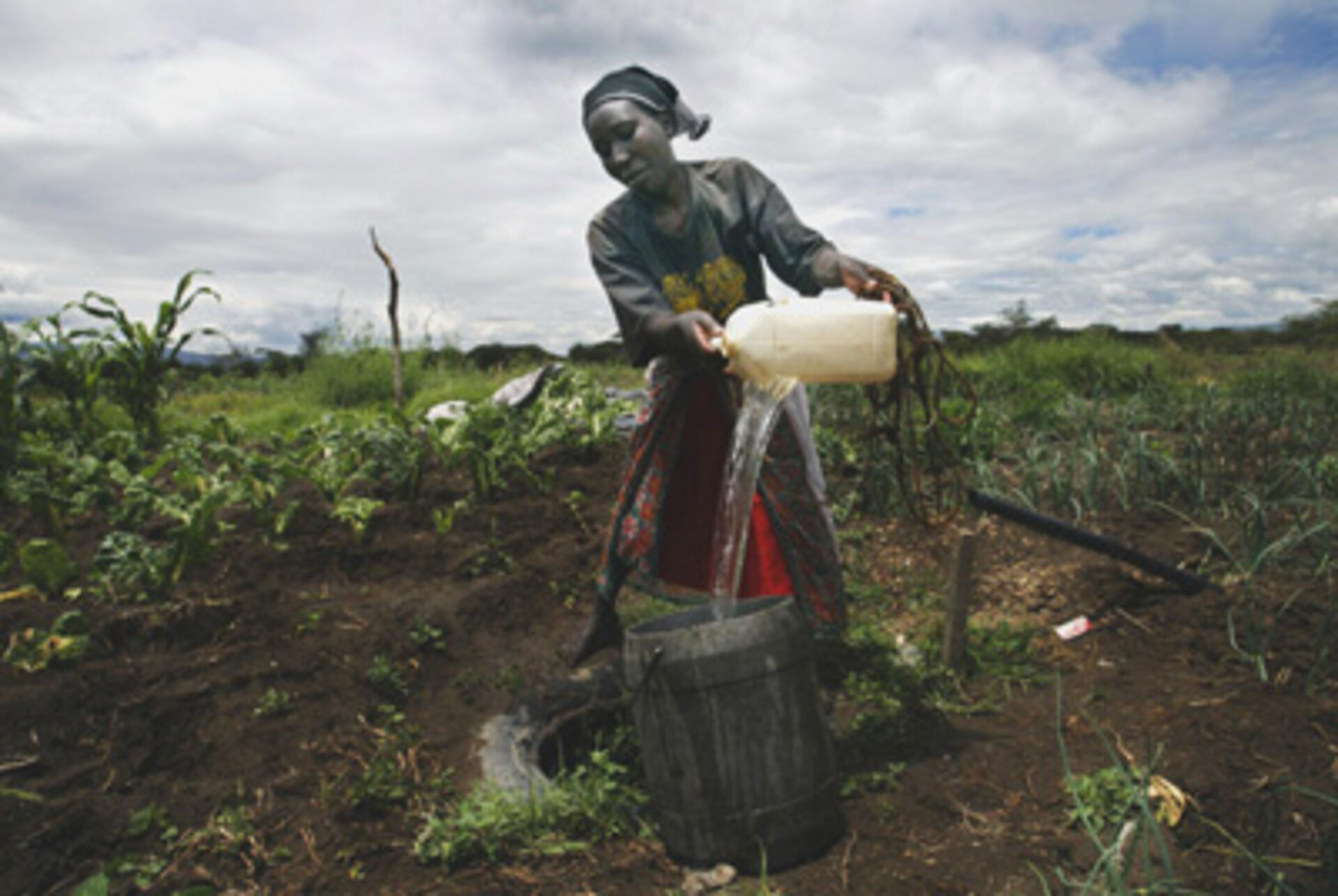 ESA’s TIGER Initiative was launched in 2002 following the World Summit on Sustainable Development in Johannesburg. The primary objective of TIGER is to help African countries overcome problems faced in the collection, analysis and dissemination of water related geo-information by exploiting Earth Observation technology.

Freshwater is a scarce commodity across much of Africa and is projected to grow scarcer still. The continent's share of global freshwater is only 9% - a static resource in an ever-thirstier world. Availability of freshwater is important not just for drinking and sanitation but also to ensure food security - 60% of African food production comes from non-irrigated agriculture, leaving it vulnerable to climatic variations.

The SAR instrument onboard ESA’s ERS satellites and the Advanced Synthetic Aperture Radar (ASAR) onboard ESA’s Envisat satellite use radar to map the surface of the planet below, with several different modes that allow broad views or detailed snapshots. It is able to work day and night and penetrate clouds and bad weather to map the shape of the land, profile waves and ice, monitor land use and types of vegetation and measure some of the properties of the surface.

Prof. Paolo Ferrazzoli of the University of Tor Vergata is one of the key lecturers and is teaching the trainees some basic physics in order to better understand the content of SAR images, such as the variables for water-related applications.

The trainees all come from different regions of Africa and face specific water-related issues. For example, Madagascar’s Fanja Vololona Razafindramasy of the University of Antananarivo wants to incorporate radar data into her study of erosion.

According to the World Bank for Madagascar, the country has a ‘world-record erosion rate’, which is a serious problem for a country whose economy relies on agricultural production. The erosion is filling and clogging coastal waterways with sediment, which has resulted in some port facilities having to be moved inland to prevent ships running aground. By using SAR, it is possible to identify changes in land surface related to severe erosion process.

Freshwater is a limited natural resource in South Africa, which receives only around half the average rainfall of other countries. The Department of Water Affairs and Forestry (DWAF) is responsible for managing the country’s water resources, which includes implementing the country’s National Water Act of 1998. The National Water Act is based on the principles of sustainability of use and equity of water distribution and requires all water users to register their water use. The water use will be licensed in an economical manner to include the demographics of the population.

South Africa’s Willem Vorster from the Satellite Applications Centre (CSIR) said: “We are working with the Department of Water Affairs and Forestry to help them monitor the new National Water Act that is starting to be implemented nationally. We want to see if we can monitor the effectiveness of this Act by using radar images.”

One of the major development resources facing Morocco is the sustainable management of its water. According to the United Nations, in 2000 58 percent of the rural population lacked access to adequate sanitation, and 42 percent lacked access to drinking water. Some two-thirds of Morocco’s agricultural exports are produced by irrigated agriculture and consume 92 percent of the country’s freshwater resources.

Dr. Ahmed Er Raji of the Centre Royal de Télédétection Spatiale in Morocco is collaborating with the local Agence du Bassin Hydraulique du Souss-Massa on a project which aims to integrate ASAR and optic remote-sensing data into the ground-water exploration process, to monitor the extension of agricultural exploitation in the upstream region of the watershed and to detect the vulnerable zones related to the excessive pumping of ground water.

“When I return to Morocco we are planning to organise a training session with our partners and colleagues so I can share this information with them,” Er Raji said.

At the end of the training course all the participants will receive a license of ERMapper, an image processing software that will allow them to apply the techniques they learned during the course to their ongoing research projects in their respective countries.