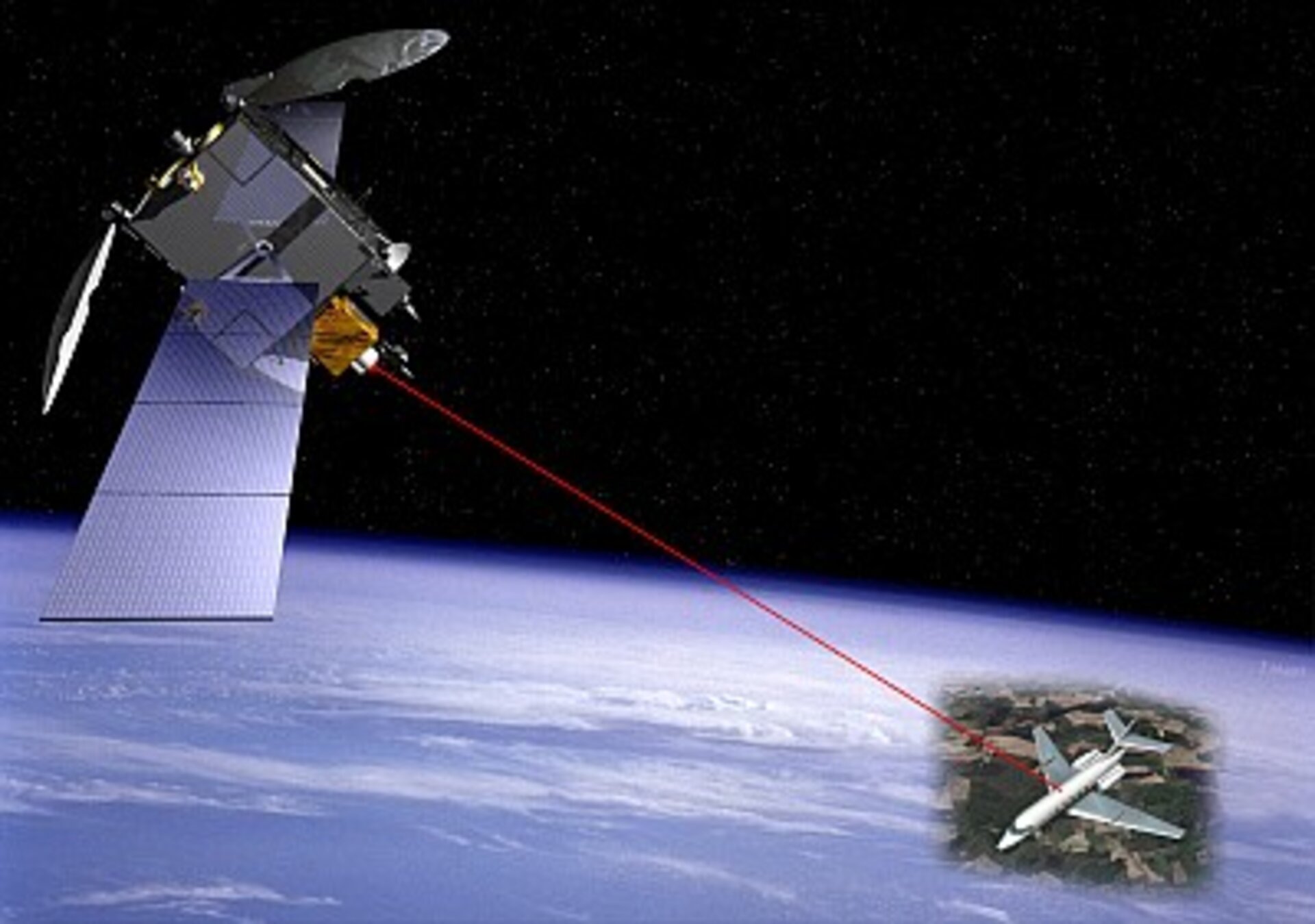 Artemis, the European Space Agency Advanced Relay and Technology Mission Satellite, successfully relayed optical laser links from an aircraft in early December. These airborne laser links, established over a distance of 40 000 km during two flights at altitudes of 6000 and 10 000 metres, represent a world first.

The relay was set up through six two-way optical links between a Mystère 20 equipped with the airborne laser optical link LOLA (Liaison Optique Laser Aéroportée) and the SILEX laser link payload on board ARTEMIS in its geostationary orbital position at 36 000 kilometres altitude: a feat equivalent to targeting a golf ball over the distance between Paris and Brussels.

These tests were made by Astrium SAS (France), the prime constructor for both LOLA and SILEX, as part of the airborne laser optical link programme conducted by the DGA (French MoD procurement agency) from its Flight Test Centre at Istres, in the south of France. The ESA ground station of Redu, Belgium, also contributed to this success by managing the Artemis SILEX payload operations.

This clearly demonstrates the feasibility of an optical link between an airborne carrier and a geostationary satellite.

Previously, in November 2001, Artemis made a world premiere by establishing a laser link with the French Earth Observation satellite SPOT-4: imaging data was sent by SPOT-4 using a laser beam as signal carrier to Artemis and from there by radio waves to the ground. This unprecedented link-up between satellites in space was done in the framework of the SILEX development, an innovative payload which provides a laser beam as a data signal carrier.

More recently, since November 2005, Artemis has been relaying optical signals from KIRARI, the Japanese Optical Intersatellite Communications Engineering Test Satellite. This first ever two-way optical communication illustrated the value of this technology for the development of future Earth observation systems.

Optical technology has several advantages for data relay applications, including the capability to provide high data rates with low mass, low power terminals, combined with secure, interference-free communications. Earth observation can truly benefit from this new way of transmitting data around our planet.

On a daily basis Artemis is also relaying data in the Ka-band from Envisat, the ESA earth observation satellite, providing, since 2002, a comprehensive view of the Earth's oceans, land, atmosphere and ice caps.

This new world first between a satellite and an aircraft is another demonstration of what can be achieved in Europe thanks to the ESA ARTES technology programme.