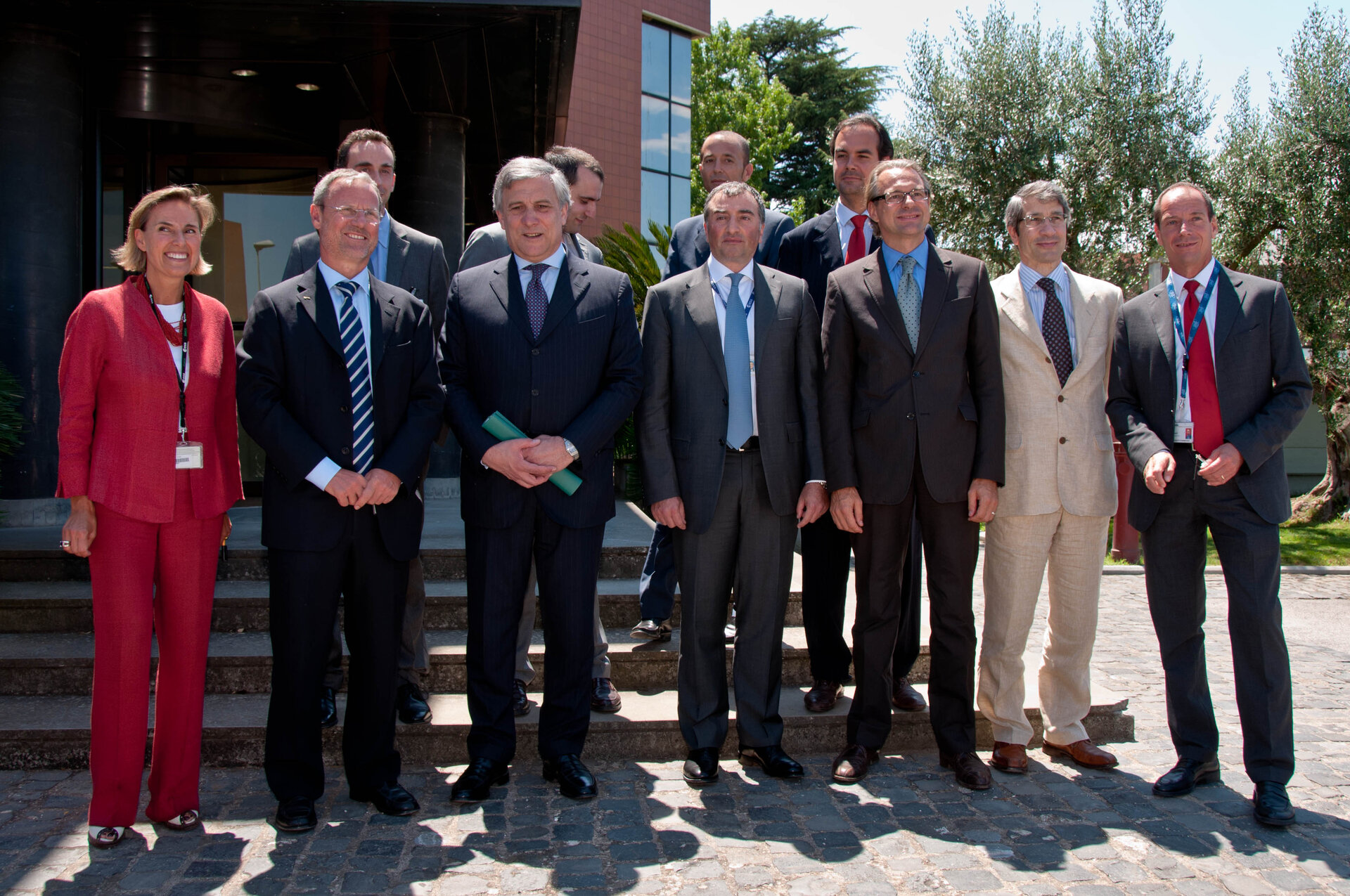 As a strong supporter of the benefits that space industry can bring to Europe, Vice-President of the European Commission and European Commissioner for Industry and Entrepreneurship, Antonio Tajani, visited ESA's ESRIN establishment in Italy today.

Vice-President Tajani was welcomed by the Director of Earth Observation Programmes, Volker Liebig, on his first visit to an ESA establishment since assuming his role as Commissioner for Industry and Entrepreneurship in February.

Since the Global Monitoring for Environment and Security (GMES) initiative forms part of the Vice-President's portfolio on space, the visit to ESA's Centre for Earth Observation provided an opportunity to hear first-hand about the progress that has been made in the development of the space component and the challenges that lie ahead.

Vice-President Tajani's mandate also includes the Galileo navigation system which, like GMES, is a joint venture between the EC and ESA. Today, however, focused on Earth observation.

Vice-President Tajani heard how ESA has six Earth observation missions in orbit, delivering more than 100 terabytes of data per year that are used in more than 3000 projects worldwide. These data not only advance science and our understanding of Earth, but also benefit the economy, provide vital information for policy-makers and improve the daily lives of European citizens.

Examples were given of how Earth observation satellites have shown how sea-ice in the Arctic is changing as a result of climate change and how atmospheric monitoring has revealed nitrogen oxide pollution directly resulting from industrialisation.

The Vice-President was also shown how information provided by satellites is invaluable for effective disaster management.

Turning to the GMES Space Component, Vice-President Tajani was given an overview of the programme. With a total committed budget of €2.3 billion from ESA Member States and the European Commission, good progress has been achieved, although there are some challenges still to be overcome.

GMES is a unique and complex endeavour, combining satellite and in situ data to benefit European policies and areas such as agriculture, fisheries, ship navigation and safety, urban planning and humanitarian aid.

While much progress has been made, the main challenge ahead is associated with funding to ensure the continuous operation of GMES and, hence, uninterrupted user services.

Approximately €560 million is necessary for satellite operations, launchers for the B satellites and procurement of critical parts for the C satellites. Only €107 million has been already approved by the GMES Initial Operations Regulation.

From 2014, the operational phase of GMES will then require the EU funds as planned.