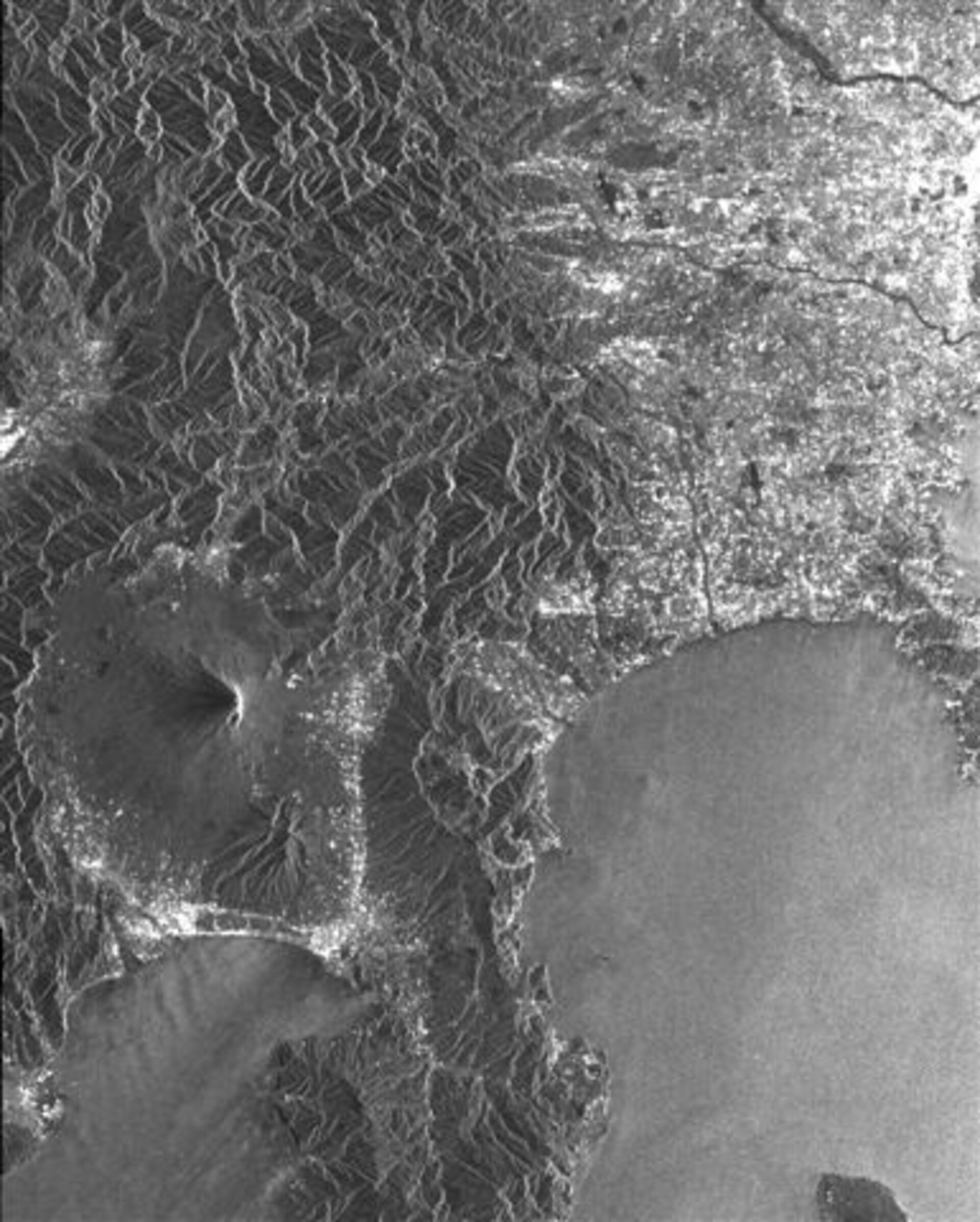 ESA’s Envisat satellite and the Japan Aerospace Exploration Agency’s (JAXA) data relay test satellite Kodama have successfully completed an interoperability test demonstrating that scientific data from Envisat can be transmitted to Kodama and from there transmitted to the Japanese ground receiving station in Tsukuba.

With more than 50 environmental satellites orbiting in space, interoperability and cross-support are important topics among space agencies because compatibility between the systems would allow for more efficiency and flexibility in the mission operations and the integrated analyses of the millions of data sets being created.

Envisat has been successfully relaying data to the European data-relay spacecraft Artemis, in geostationary orbit, since 2003 in order to allow data to be acquired, downlinked, processed and delivered to end users much faster. Envisat is able to do this because it is equipped with an antenna terminal that allows data to be transmitted on two channels of 100 Mbp/second each in the 27 GHz radio-frequency bandwidth, normally referred to as Ka-band.

Like Artemis, Kodama is in geostationary orbit at an altitude of approximately 36 000 km, making it possible to use the same Envisat functions used for communicating with Artemis. However, in order to store and process the Envisat data downlinked by Kodama to Tsukuba, it was necessary for ESA to provide JAXA with specialised equipment configured specifically for handling Envisat science data.

The objectives of the test were to demonstrate:

The interoperability technology demonstration between ESA and JAXA was conducted in two stages.

In the first stage, an Envisat Ka-band signal was transmitted to Kodama to demonstrate correct pointing of antenna terminals on the two satellites and the radio-frequency compatibility of the two systems. This stage, which consisted of several inter-satellite link segments performed over a period of three days, was conducted successfully in April 2006 and gave the green light to prepare for stage two.

In the second stage, Envisat science data was transmitted via Kodama to Tsukuba where it was recorded and pre-processed by the Envisat data-processing equipment. This pre-processed data was then transmitted via a data link to ESRIN - ESA’s Earth Observation Centre in Italy – for final processing into science data ‘products’ and data quality checks. This stage, performed over a period of two weeks, was completed successfully in September 2006. ESA, supported by European industry, travelled to Tsukuba to monitor and control the data capture equipment and to perform real-time analysis of the acquired data.

Two of Envisat’s instruments, ASAR (Advanced Synthetic Aperture Radar) and MERIS (Medium Resolution Imaging Spectrometer), were used for the test and provided the ‘end product’ (images) by which the overall success of the test was assessed.

Engineers from ESA’s establishments, ESTEC in The Netherlands, ESRIN in Italy and ESOC in Germany, were supported by the European industry and collaborated with their counterparts in JAXA and the Japanese industry to make the test a reality.

The Earth observation (EO) data produced by Envisat is in so much demand by the scientific community that routine communication, in addition to direct-to-ground links, with Artemis is required in nearly all of Envisat’s fourteen daily orbits. Sometimes communication is required more than once per orbit in order to transmit the acquired data to the ground. Likewise, Kodama supports a number of Japanese EO satellites in low Earth orbit, which communicate with it on a regular basis.

The engineers were therefore not only tasked with getting the satellites to speak to each other and interfacing Envisat data processing equipment with JAXA’s ground station, but they also had to ensure there was no impact on the nominal operations for either satellite.

Achieving this level of success required a lot of effort, time and close cooperation by all team members involved at ESA and JAXA, demonstrating not only the inter-operability of Envisat and Kodama, but also the excellent cooperation between the two agencies.