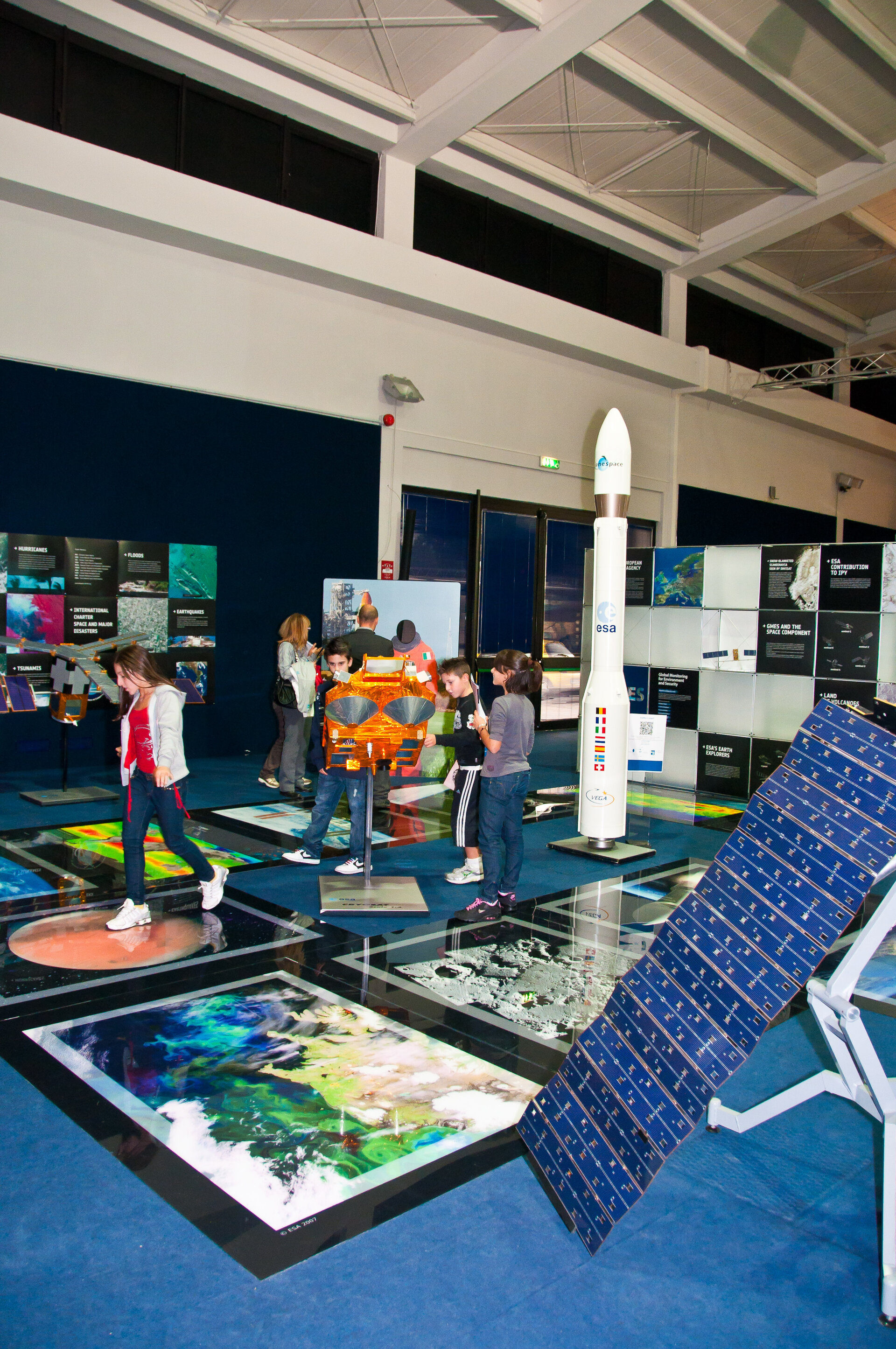 European Researchers’ Night brought hundreds of visitors to ESRIN last Friday. The event, the fifth in a series organised in the framework of European Science Week, gave the general public the opportunity to learn more about the work of scientists and scientific researchers.

Presentations on ESRIN and ESA activities, practical demonstrations and guided tours of the multi-mission operation centre where data is received, processed and re-distributed, the Earth in 3D thanks to the magic of the Virtual Reality Theatre, and a visit to the ASI Science Data Centre premises hosted at ESRIN – were part of the programme offered to visitors.

The Italian association of radio-amateurs AMSAT, represented by ARISS Italia, was also on site to present their activities and to transmit messages using the moon as a bridge for the satellite connections.

There was also plenty to do for younger visitors, including building a rocket and a sneak preview of an upcoming featuring the moon with the chance to meet a 'minion', one of the naughty characters from the film.