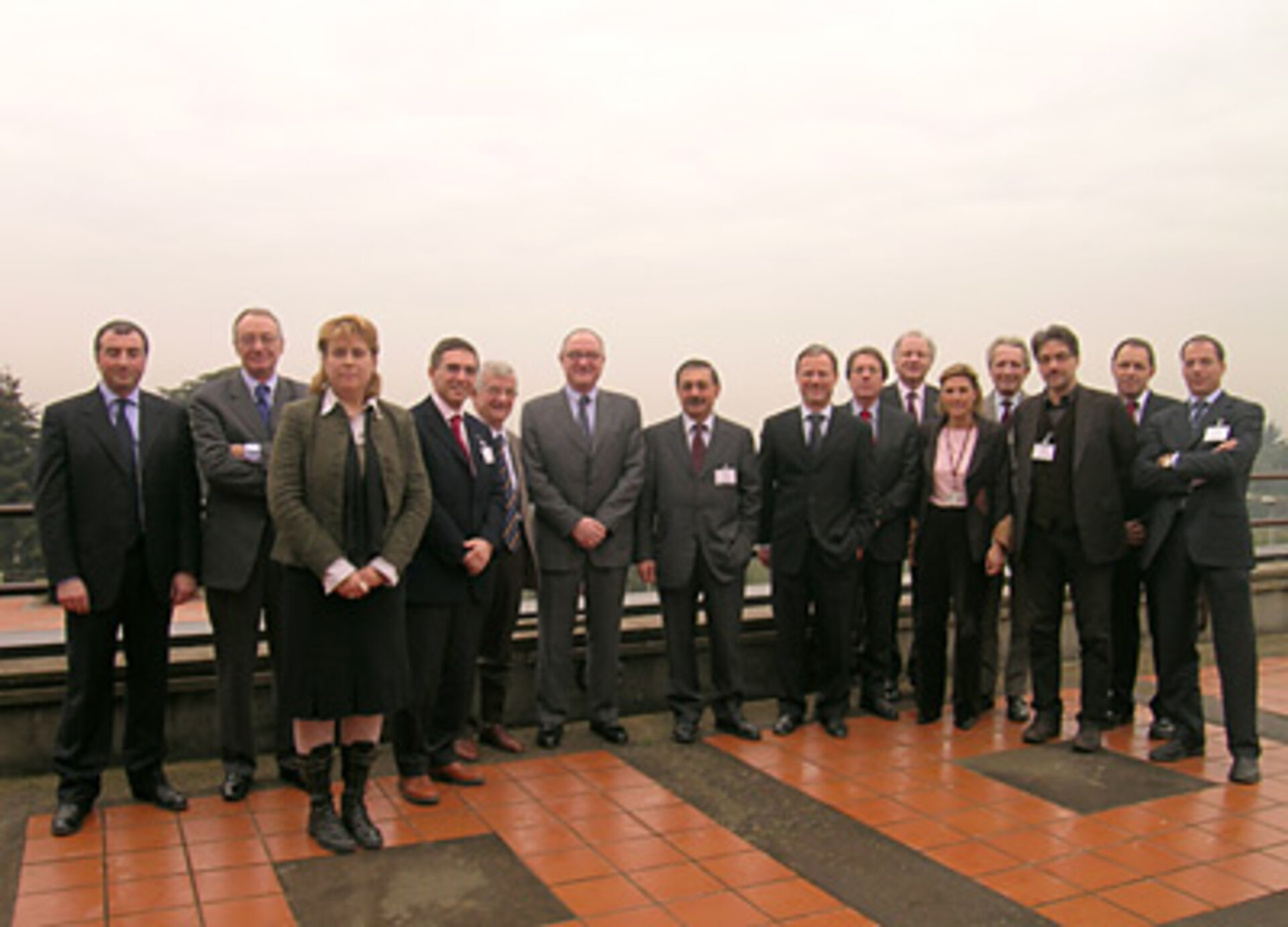 Visiting ESRIN, ESA’s Centre for Earth Observation in Frascati yesterday, the Italian University and Research Minister, Mr Fabio Mussi, confirmed the importance that the Italian government gives to ESA and stressed his intention to continue to contribute in an adequate manner to the Agency’s activities.

The Italian delegation included representatives from the Ministry and from ASI, including Prof. Vincenzo Roppo, ASI Commissioner and Prof. Sergio de Julio, Personal Advisor to the Minister. The delegation was welcomed by ESA’s Director General Jean-Jacques Dordain, together with Dr Volker Liebig, Head of ESRIN and Director of Earth Observation at ESA. Mr Antonio Fabrizi, Director of Launchers at ESA, also participated in the meeting.

The Minister was introduced to the activities of ESRIN, in particular in the field of Earth observation, the European Vega Small Launcher Programme and Information Systems. The Minister was given a tour of the ESRIN Site and visited the Envisat building to see the ground segment activities of Earth Observation, acquisition of Earth observation data and distribution to users and the ASI Science Data Centre, which is hosted in ESRIN.

The Minister stressed potential areas for action and mentioned the development of the ground segment data distribution to users, the reinforcement of the GMES programmatic role of ESRIN and possible launch on new activities in the Earth Observation field. He mentioned his plan to reinforce the national space agency and his will 'to reinforce the role of ESRIN and develop it to reach a role comparable to the investment of Italy in ESA'.

ESA’s Director General mentioned the key programmatic milestones and successes reached by ESA in 2006 and the challenges ahead for 2007. He stated, "ESRIN is the visible part of ESA in Italy," and that he shares the comments by the Minister on the need to consolidate and reinforce the identity of ESRIN. Dr Volker Liebig thanked the Minister for the strong support to ESA’s Earth Observation programme and for ESRIN as the Centre for Earth Observation and welcomed the suggestion by the Minister to grant increased synergies with Italian institutions. The Minister and ESA’s Director General agreed on an ‘action plan’ of six months to assess possible perspectives for reinforcement of ESRIN and its role in the future.

At the end of the meeting, Minister Mussi addressed all ESA employees and confirmed the intention of the Italian government to support ESA and to reinforce the role of ESRIN.