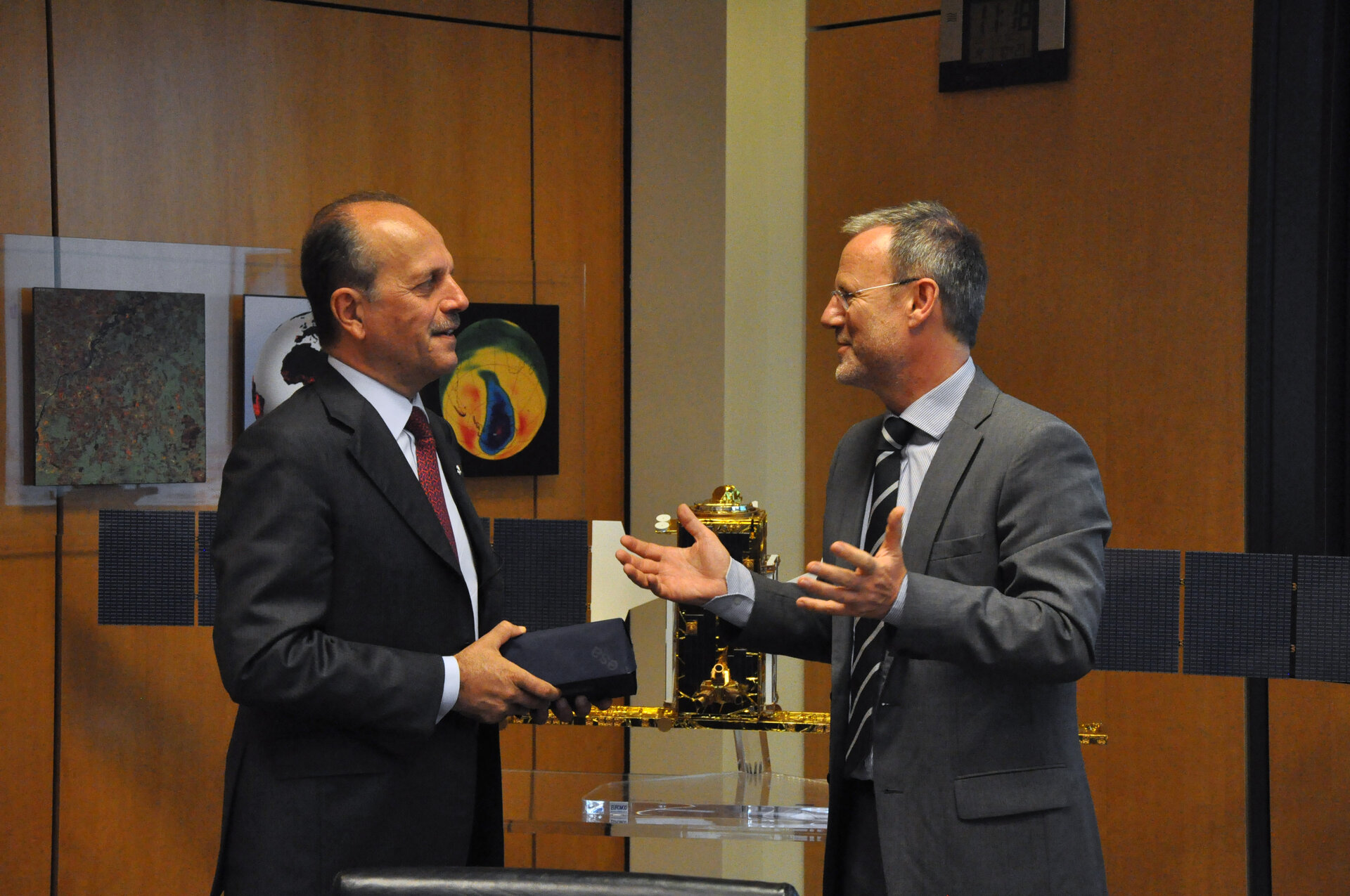 The office of the military advisor supports the Prime Minister in dealing with national defence organisations and with issues concerning space politics within the Presidency of the Council of Ministers.

At the end of the visit, he was also given an overview of the Vega programme, the European small launcher, which will be able to place 300-2000 kg satellites into orbit, and whose project team is hosted at ESRIN.