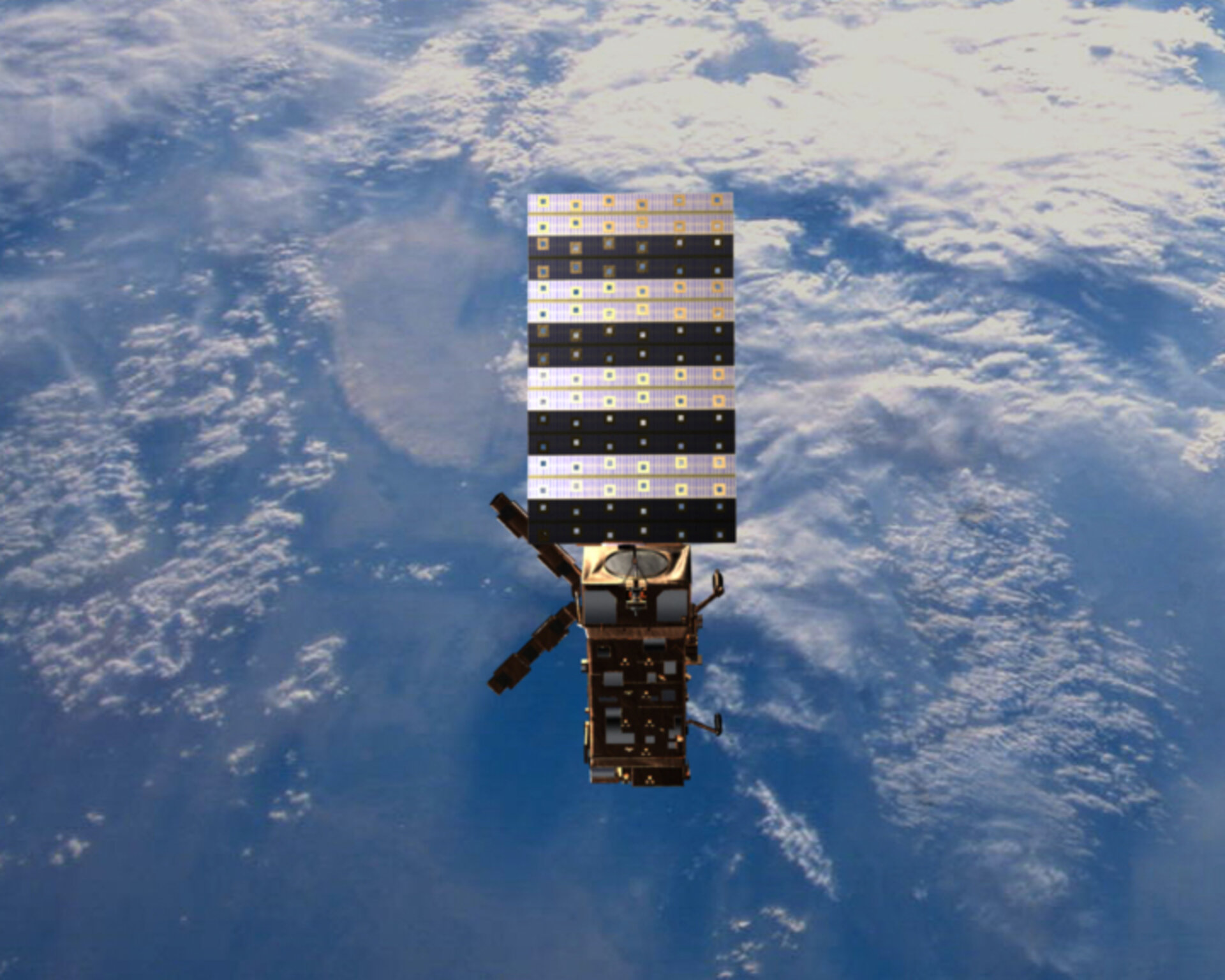 ESA PR 33-2006. the first in a new European series of three meteorological operational satellites designed to monitor the Earth’s atmosphere from polar orbit, is now to be launched on Saturday 7 October from Baikonur, Kazakhstan.

It will complement Europe’s already highly successful Meteosat satellites positioned in geostationary orbit and will form the European part of an integrated system to be deployed jointly with the USA to provide better weather and climate information.

The MetOp satellite series is a joint programme being carried out by the European Space Agency (ESA) and the European Meteorological Satellite Organisation (EUMETSAT), with the latter set to operate the spacecraft once they are in orbit. These new satellites will form the space segment of the EUMETSAT Polar System (EPS) and probe the atmosphere with high accuracy. They will circle the globe from pole to pole at an altitude of about 817 km, collecting high-resolution data to complement the hemispheric survey of the atmosphere conducted from geostationary orbit by the Meteosat system.

These new European satellites will be operated in partnership with the US National Oceanic and Atmospheric Administration (NOAA) polar weather satellite system, providing data that will be used to monitor our planet’s climate and improve weather forecasting.

NOAA satellites will operate the 'afternoon shift' (i.e. crossing the equator in the afternoon, local time), with Europe’s MetOp taking over the 'morning orbit' service.

The MetOp spacecraft have been developed and built by an industrial team led by EADS Astrium based in Toulouse, France. Three flight models were ordered and have essentially been completed. They will be launched sequentially in order to ensure continuous data delivery up to 2020 at least. Each satellite is 6.5 metres high and weighs about 4 tonnes at launch. MetOp-A, the first in the series, is carrying a suite of instruments which complement each other and existing meteorological satellites systems in terms of data provided.

The first MetOp satellite is currently at the Baikonur cosmodrome in Kazakhstan. There, it is undergoing final preparations for its 7 October launch onboard a Russian Soyuz ST/Fregat rocket operated by Starsem. Lift-off is scheduled for 18:28 CEST (16:28 GMT).

ESA TV will be providing live coverage of the launch from the main mission control room at ESOC, ESA’s space operations centre in Darmstadt, Germany. The initial programme will cover the final 15 minutes of the countdown, lift-off and launcher flight through to upper-stage engine shut-down.

A second live sequence, some 75 minutes later, will cover the spacecraft’s separation from the launcher’s upper stage and spacecraft signal acquisition by mission control. The live broadcast will be available for downloading from the Eutelsat W2 satellite. The MetOp Video News Release will be played three times on 6 and 7 October, on Europe by Satellite, on Hot Bird. Details of all broadcasts will be posted on http://television.esa.int as from 2 October.

You can follow the launch events via the following dedicated websites at: http://www.esa.int/metop and http://www.eumetsat.int.

Media representatives in Europe are invited to follow the launch from ESOC/Darmstadt, which will be serving as the main European guest / press centre (see attached programme).

ESA’s establishments in Noordwijk, the Netherlands (ESTEC), in Frascati, Italy (ESRIN) and in Villafranca, Spain (ESAC) will also be opening their doors to the media for the launch. At each site, ESA specialists will be available for interviews.

Media representatives wishing to attend are asked to complete the attached reply form and fax it to the establishment of their choice.