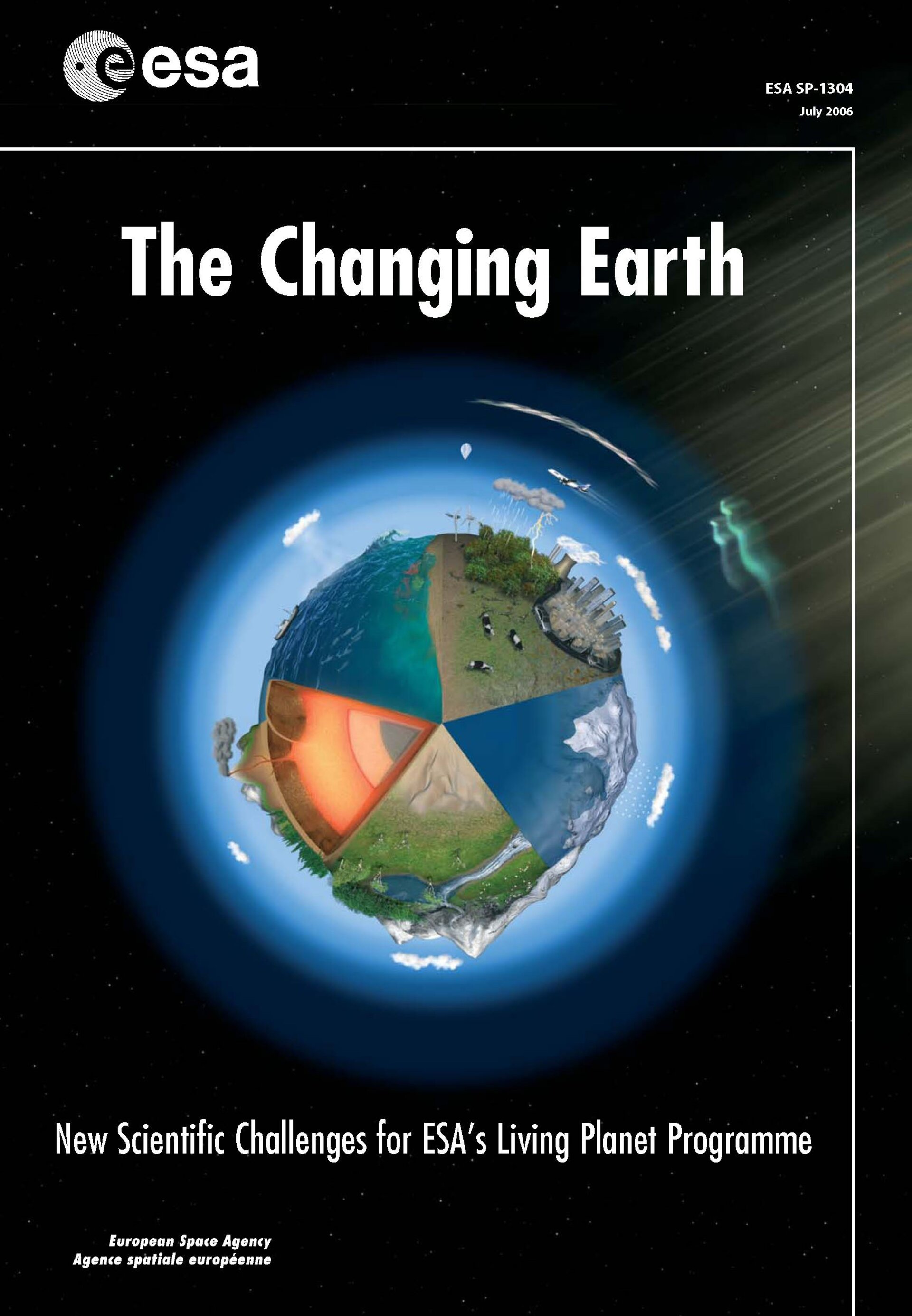 ESA announces a new science strategy for the future direction of its Living Planet Programme, addressing the continuing need to further our understanding of the Earth System and the impact that human activity is having.

The Changing Earth: New Scientific Challenges for ESA's Living Planet Programme focuses on the most fundamental challenge facing humanity at the beginning of the 21st century – that being global change. As we begin to understand more about the Earth as a system, it is very apparent that human activity is having a profound and negative impact on our environment. For example, our understanding of carbon dioxide as a greenhouse gas, and the strong link between atmospheric carbon dioxide concentrations and temperature both point to human activity leading to a warmer world, unlike anything seen over the last million years. A better knowledge of the Earth System and the impact that increasing human activity is having is of crucial importance in providing the basis for the management of our environment and our ability to derive sustainable benefit.

Since observing the Earth from space first became possible more than forty years ago, satellite missions have become central to monitoring and learning about how the Earth works. Looking to the future, the new strategy for ESA's Living Planet Programme aims to assess the most important Earth-science questions to be addressed in the years to come. It outlines the observational challenges that these raise, and the contribution that the Agency can make through the programme. Volker Liebig, ESA Director of Earth Observation stated, “These challenges will guide ESA’s efforts in providing essential Earth-observation information to all relevant user communities, in close cooperation with our international partners.”

Underpinning the new strategy is a set of ambitious objectives, which include:

ESA has been dedicated to observing the Earth from space ever since the launch of its first meteorological mission, Meteosat, back in 1977. Following the success of this first mission, the subsequent series of Meteosat satellites developed by ESA and operated by the European Organisation for the Exploitation of Meteorological Satellites (EUMETSAT), together with ERS-1, ERS-2 and Envisat have been providing us with a wealth of invaluable data about the Earth, its climate and changing environment.

Since its conception in the 1990s, ESA's Living Planet Programme has grown to include the family of Earth Explorers, the well-established meteorological missions and the development of the space component for GMES (Global Monitoring for Environment and Security), which is a joint initiative between the European Commission and ESA.

When the Living Planet Programme was first established a new approach to satellite observations for Earth science was formed by focusing on the missions being defined, developed and operated in close cooperation with the science community. By involving the science community right from the beginning in the definition of new missions and introducing a peer-reviewed selection process, it is ensures that a resulting mission is developed efficiently and provides the exact data required by the user. So far, this approach has resulted in the selection six Earth Explorer missions with another six currently under assessment study. Two Earth Explorer satellites are scheduled for launch next year – GOCE (Gravity Field and Steady-State Ocean Circulation Explorer) and SMOS (Soil Moisture and Ocean Salinity).

While the Earth Explorer series forms the science and research element of the Living Planet Programme the so-called Earth Watch element is designed to facilitate the delivery of Earth-observation data for use in operational services. Earth Watch includes the well-established meteorological missions with EUMETSAT and new missions focusing on the environment and civil security under GMES. Within this element of the programme, the MetOp mission, which was jointly established by ESA and EUMETSAT, will be Europe's first polar-orbiting weather satellite when it is launched in October.

Although the Earth Watch element of the programme is designed to provide data that underpins operational services, it will also contribute significantly to Earth science, in particular through the collection of longer time series of observations than those provided by research missions. In turn, the Earth Explorers will provide new understanding that paves the way for new operational services. This synergy is also highlighted in the Living Planet Programme's strategy for the coming years.

With the Living Planet Programme's new strategy in place, ESA will build on past success by continuing to play a central role in developing the global capacity to understand planet Earth, predict environmental changes and help mitigate the negative effects of global change on the population.