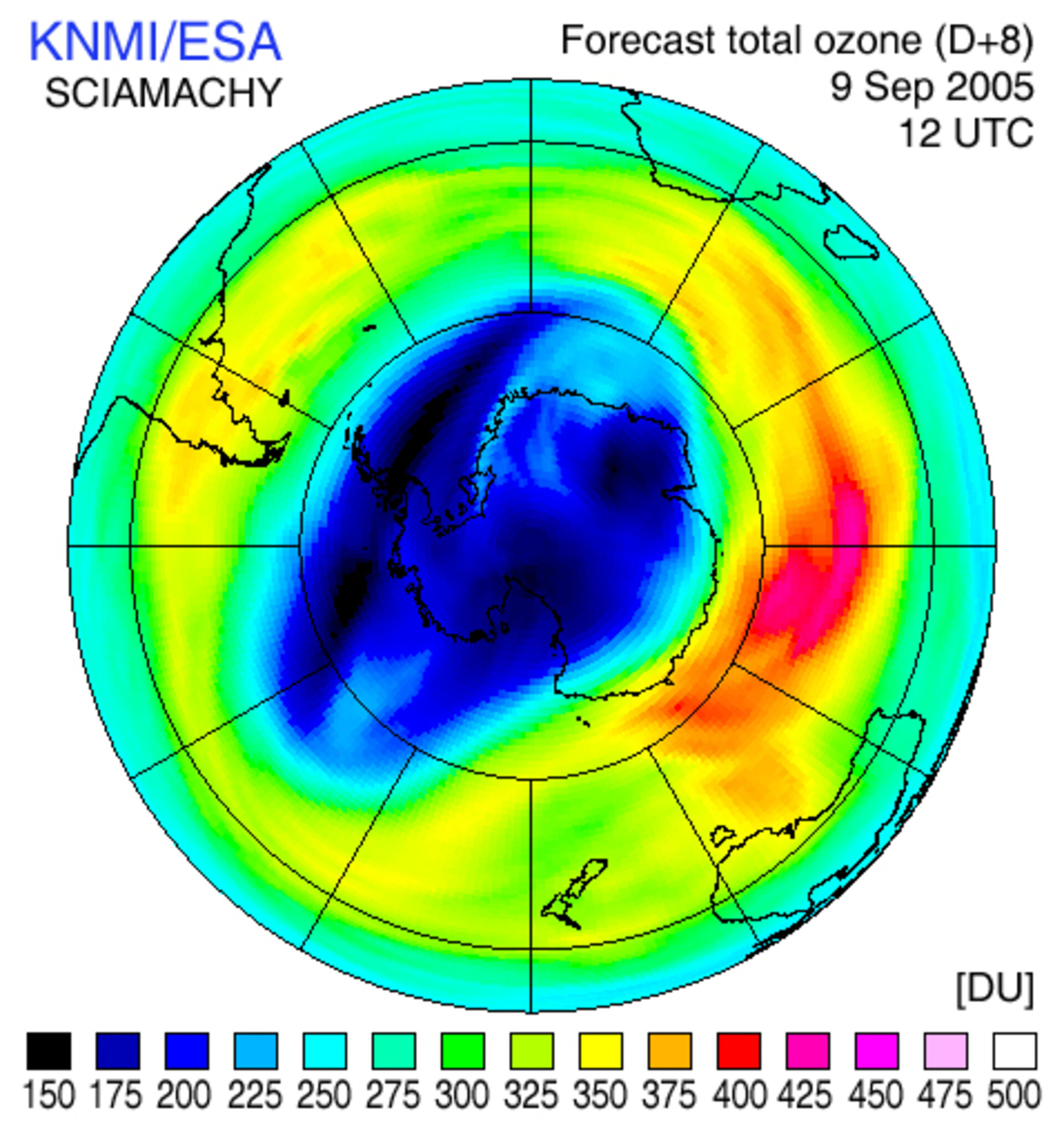 This season's Antarctic ozone hole has swollen to an area of ten million square kilometres from mid-August - approximately the same size as Europe and still expanding. It is expected to reach maximum extent during September, and ESA satellites are vital for monitoring its development.

This year's hole is large for this time of year, based on results from the last decade: only the ozone holes of 1996 and 2000 had a larger area at this point in their development.

ESA data form the basis of an operational near-real time ozone monitoring and forecasting service forming part of the PROMOTE (PROtocol MOniToring for the GMES Service Element) consortium, made up of more than 30 partners from 11 countries, including the Royal Dutch Meteorological Institute (KNMI).

As part of the PROMOTE service, the satellite results are combined with meteorological data and wind field models so that robust ozone and ultraviolet forecasts can be made. In a first for ESA, these results are being used by the World Meteorological Organisation (WMO) to compile their regularly-updated Antarctic Ozone Bulletin.

The precise time and range of Antarctic ozone hole occurrences are determined by regional meteorological variations. During the southern hemisphere winter, the atmospheric mass above the Antarctic continent is kept cut off from exchanges with mid-latitude air by prevailing winds known as the polar vortex. This leads to very low temperatures, and in the cold and continuous darkness of this season, polar stratospheric clouds are formed that contain chlorine.

The stratospheric ozone layer that protects life on Earth from harmful ultraviolet (UV) radiation is vulnerable to the presence of certain chemicals in the atmosphere such as chlorine, originating from man-made pollutants like chlorofluorocarbons (CFCs).

Now banned under the Montreal Protocol, CFCs were once widely used in aerosol cans and refrigerators. CFCs themselves are inert, but ultraviolet radiation high in the atmosphere breaks them down into their constituent parts, which can be highly reactive with ozone.

As the polar spring arrives, the combination of returning sunlight and the presence of polar stratospheric clouds leads to splitting of chlorine into highly ozone-reactive radicals that break ozone down into individual oxygen molecules. A single molecule of chlorine has the potential to break down thousands of molecules of ozone.

Developing out of the successful precursor Tropospheric Emission Monitoring Information Service (TEMIS), PROMOTE is a portfolio of information services covering the atmosphere part of the Earth System, operating as part of ESA's initial Services Element of Global Monitoring for Environment and Security (GMES). This is a joint initiative between ESA and the European Commission to combine all available ground- and space-based information sources and develop a global environmental monitoring capability for Europe.