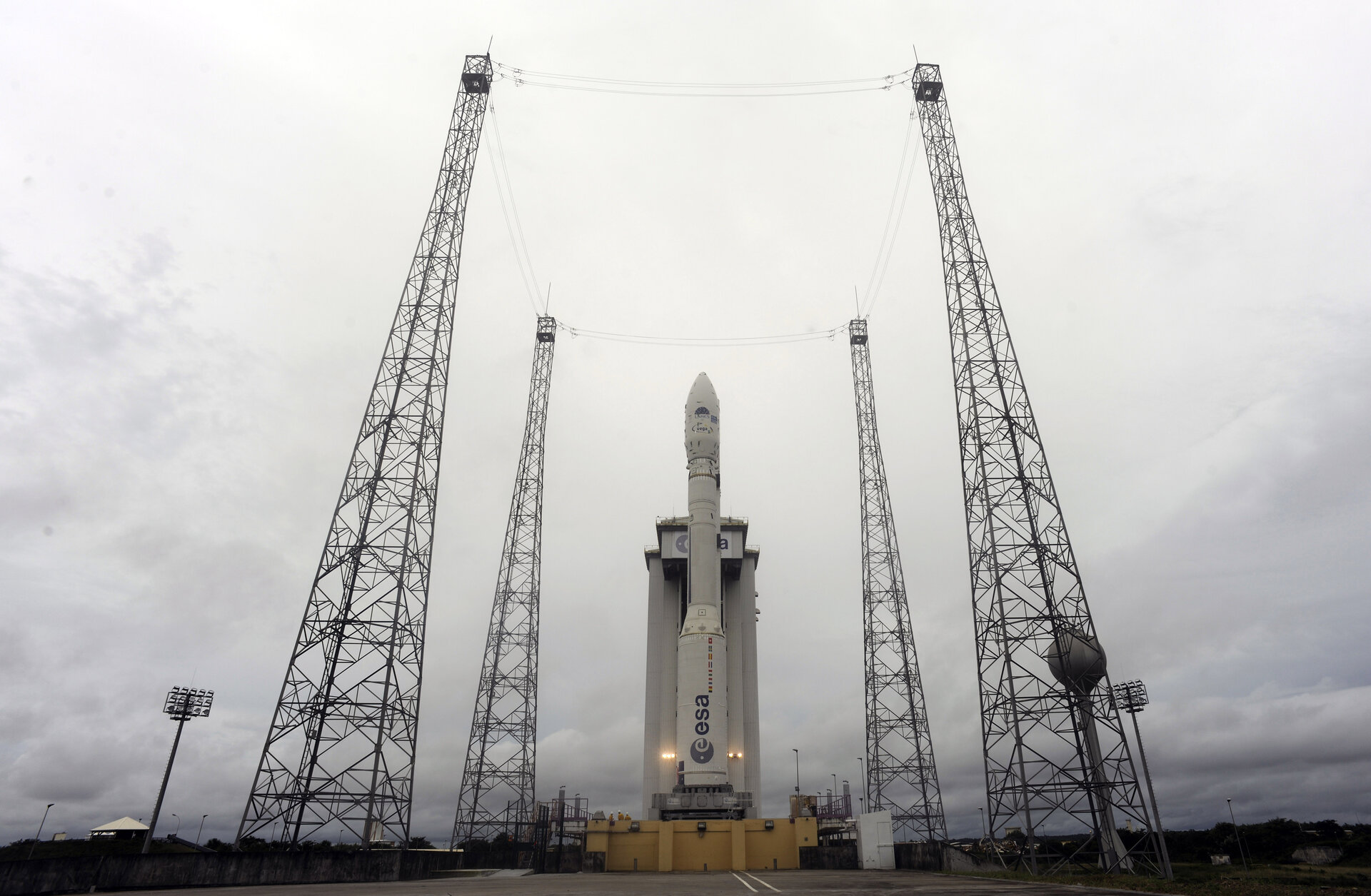 For the first qualification flight of Vega, in a joint ESA-ASI joint event is being held at ESA/ESRIN, on 13 February. Starting at 09:00, the event at ESRIN will be streamed live, interspersed with highlights from the main launch transmission from Europe's Spaceport in Kourou, French Guiana. The launch window is from 11:00 to 14:00 CET (10:00 to 13:00 GMT).

The event at ESRIN opens with a welcome address by Volker Liebig, Director of ESA’s Earth Observation Programmes and Head of ESRIN, followed by speakers from ASI, Arianespace and ESA. A discussion panel, moderated by Gigi Donelli, scientific journalist, with the participation of ESA-ASI and participating industry representatives from AVIO, ELV, Vitrociset, CGS, Selex-Galileo and Telespazio, will discuss the role of the respective agencies and industries in the VEGA programme.

The mission is intended to qualify the overall Vega system, including the vehicle itself, its launch infrastructure and the operations, from the launch campaign to the payload separation and safe disposal of the upper stage. This first flight marks the culmination of nine years of development by ESA and its partners, the Italian space agency (ASI) and ELV SpA, the prime contractor for developing the vehicle.

The development of the launch system, including the launch vehicle and ground segment, is managed at ESRIN by an integrated project team that also includes staff of ASI and the French space agency (CNES).