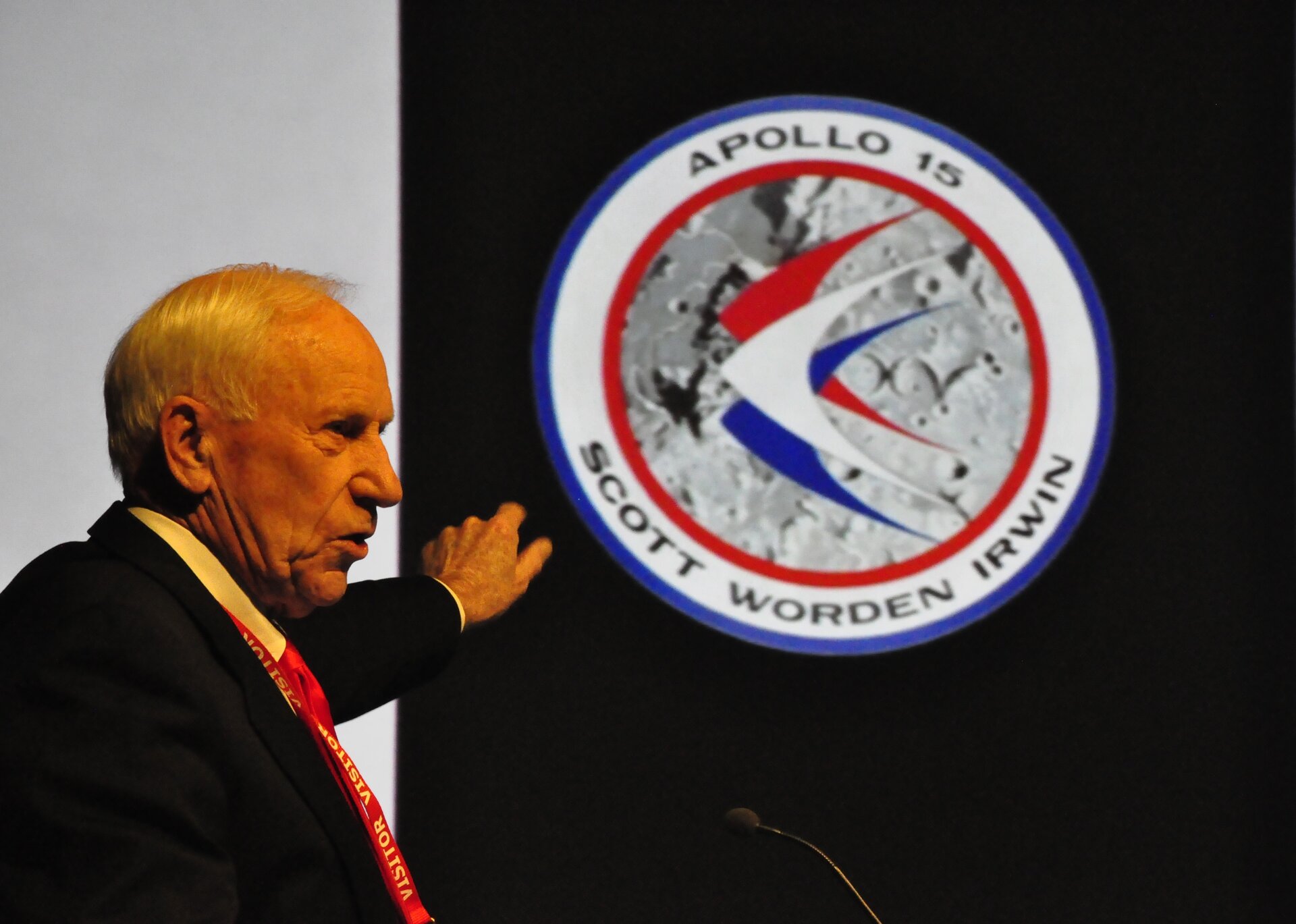 US astronaut Al Worden, who flew to the Moon on the Apollo 15 mission, visited ESTEC and Space Expo in Noordwijk last week.

Colonel Worden is one of only 24 people to have flown to the Moon, and he is best known as the first astronaut to make a spacewalk in deep space, during the return of his Apollo flight from the Moon in 1971.

He was invited jointly by the ESTEC Communications Office, the Director of Human Spaceflight & Operations and the Head of ESTEC to give a lecture to staff and contractors on 19 October, and also by Space Expo to be the guest of honour at a ‘Meet and greet’ evening for the public.

At Space Expo, Col. Worden also performed the opening ceremony of a new exhibit, a Soyuz capsule simulator, with ESA astronaut Christer Fuglesang. This event was covered by the press and made it on to national TV news.

That evening, Col. Worden mingled with over 100 members of the public at Space Expo, entertaining not only students and local residents but also many space enthusiasts who had travelled from Belgium, Germany, Finland and Ukraine to be at the event.

Proof that space can inspire across generations, one guest said, “The evening made a great impression on my grandson and me. The pictures taken with Al made it an even bigger event.”

On 21 October, Col. Worden also attended ESTEC as a special guest for the launch of the Galileo navigation satellites on the first Soyuz rocket to lift off from Europe’s Spaceport in French Guiana.