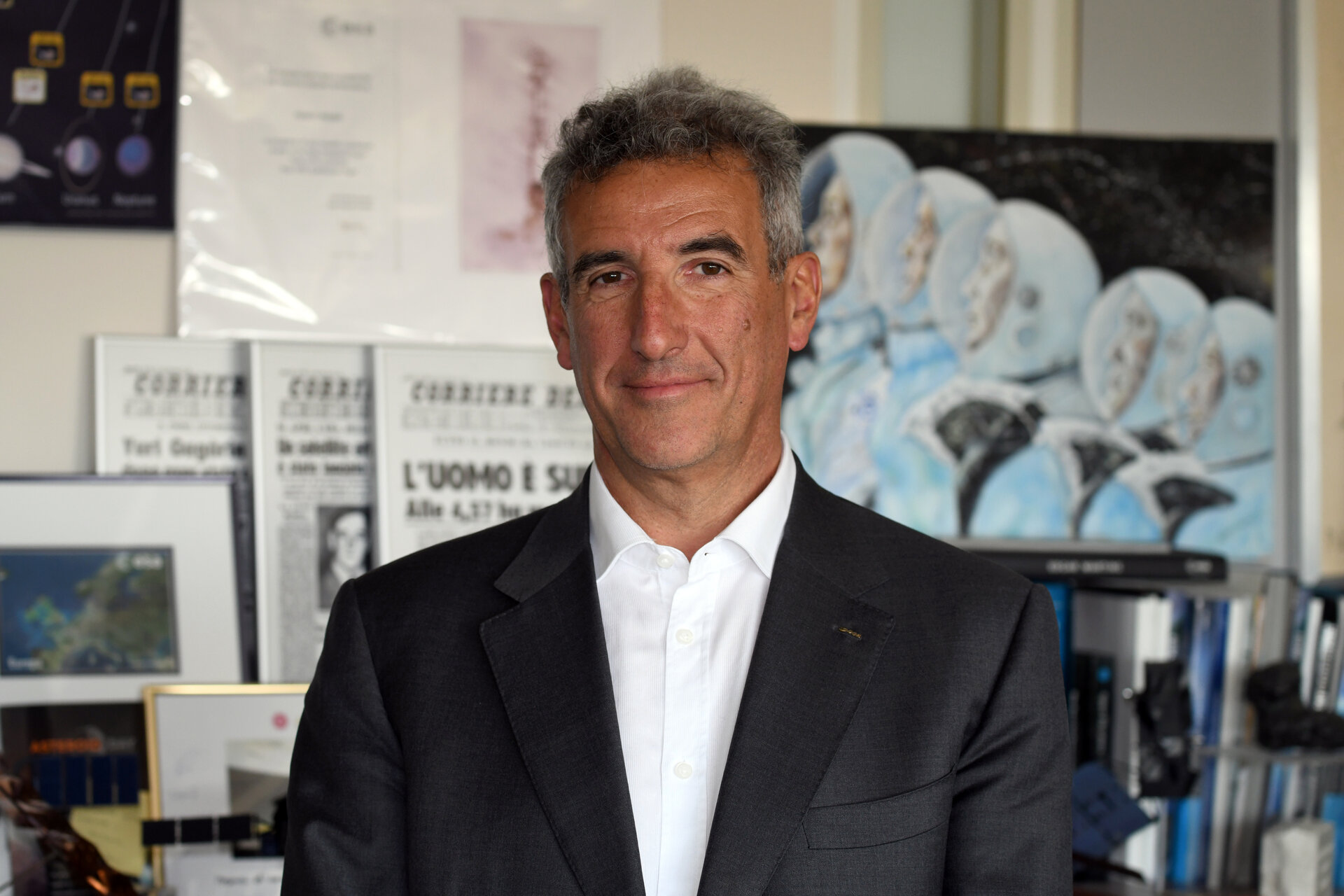 The Dutch royal family has formally honoured the head of ESA’s largest site for his work forging links between ESA and the Netherlands, and helping make space a strong economic cluster within the nation.

ESA’s Director of Technology, Engineering and Quality Franco Ongaro, the Head of Establishment of ESA’s European Space Research and Technology Centre, ESTEC, based in Noordwijk, has been appointed an Officer in the Order of Orange-Nassau by King Willem-Alexander of the Netherlands.

This chivalric honour is awarded to individuals who make a special contribution to the country.

On hearing the news, Director Ongaro said: “You can imagine my total surprise when the Mayor of Noordwijk Wendy Verkleij gave me the news about the Order of Orange-Nassau! I am delighted, happy and extremely proud because I see this as a reward for all in ESTEC and what we bring to the Netherlands.”

ESA’s Director General Jan Wörner added his congratulations: “The order is open for people who have earned special merits for society. I congratulate Franco for this really high award from the Netherlands, paying tribute to Franco’s engagement for ESA’s establishment ESTEC, ESA’s largest site, which accommodates many programmes and facilities.

“Franco has been able to master several issues and develop the site to be much more than just a place for work, it is a place for interaction of ESA people internally but with the local community and the country at large. ESTEC is regularly hosting big conferences and attracts visitors from various countries.”

ESTEC is ESA’s single largest site with around 2,700 employees, and the technical heart of the Agency. It hosts the teams managing most ESA space projects, and operates a full-scale test centre for spacecraft, along with a suite of laboratories specialised in all aspects of space engineering.

During his tenure as Head of ESTEC, Director Ongaro has instituted annual Open Days to invite local people and the wider European public to see the innovative work performed there, with more than 8 000 visitors each year.

He has also worked closely with local, regional and national authorities on the planned establishment of the Space Campus Noordwijk adjacent to ESTEC, and the addition of a new international meeting centre on the site. Director Ongaro also serves on the Advisory Council of the Department of Aerospace Engineering of Delft University of Technology.

Due to current COVID-19 restrictions, Director Ongaro will be presented with the Royal Declaration in person at a later date.