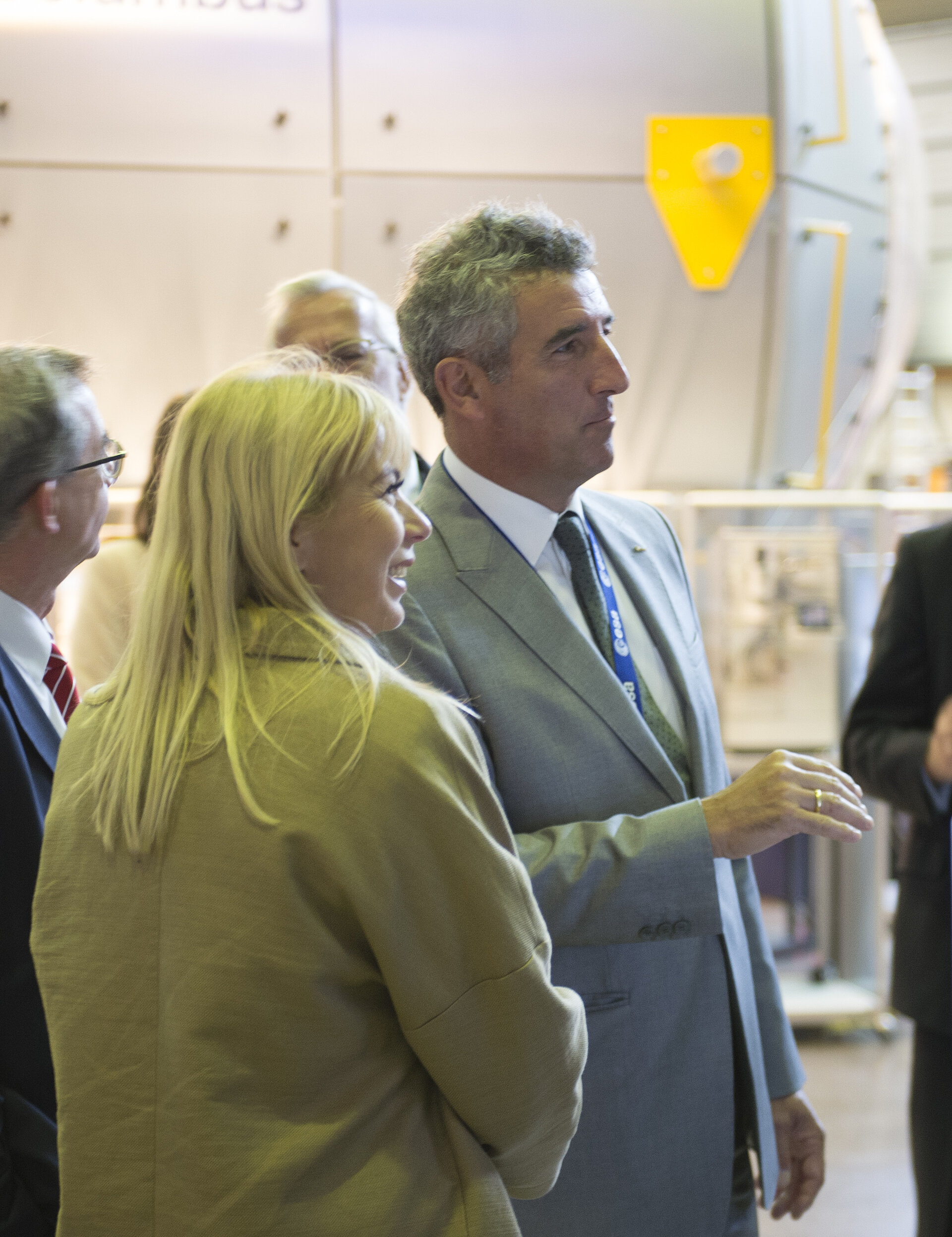 ESA’s largest establishment has been honoured with a visit from Elżbieta Bieńkowska, EU Commissioner for the Internal Market, Industry, Entrepreneurship and Small–Medium Enterprises.

Commissioner Bieńkowska spent Monday morning touring ESTEC, the technical heart of the Agency, at Noordwijk in the Netherlands. With her remit focused on innovation and entrepreneurship, she was interested to find out first-hand how space technologies are strengthening European competitiveness to deliver jobs and growth.

Her tour took place as part of a larger visit hosted by the Netherlands Ministry of Economic Affairs and was organised in cooperation with the Ministry.

A busy morning began with a tour of the ESTEC Test Centre, Europe’s largest spacecraft testing facility, to inspect the European–Japanese BepiColombo mission, scheduled to commence its voyage to Mercury in early 2017.

Commissioner Bieńkowska was also able to meet Javier Benedicto, heading the Galileo programme for ESA, who updated her on the progress of Europe’s own satellite navigation system. The Commission is funding Galileo with ESA serving as procurement agent for the system, whose most recent launch took place on 11 September with another due to take place in December.

The tour then progressed to ESTEC’s Erasmus centre for human spaceflight, beginning with a short introduction to ESA’s other main joint endeavour with the Commission: Copernicus is the establishment of a wide-ranging European capability for operational Earth observation to support decision-makers, enable business opportunities and safeguard citizens across Europe and the world.

Phillip Goudy, heading ESA’s Earth Observations Projects Department, explained that the first satellites to serve Copernicus are already in orbit, providing complementary views of the terrestrial environment: Sentinel-1A, launched last year, performs radar-based monitoring while Sentinel-2A, launched on 23 June this year, observes at optical wavelengths. They are due to be joined by an entire family of Sentinels.

She went on to tour ESTEC’s Planetary Robotics Laboratory, introduced by Gianfranco Visentin, head of ESA’s Automation and Robotics section. He explained that the Lab works to test systems for rovers exploring planetary surfaces, such as Europe’s ExoMars lander, due to touch down on the Red Planet in 2018. The Lab team use a rock-and-dust-filled ‘Mars Yard’ to put prototype rover designs through their paces.

The Commissioner also had time to meet ESTEC personnel hailing from Poland, which in 2012 became the 20th ESA Member State.

Before departing, Commissioner Bienkowska signed ESTEC’s visitor ‘golden book’, writing “Thank you for hosting me for the first time – probably and hopefully not the last one. It’s one of the most important issues for Jean-Claude Junckers’ Commission”.