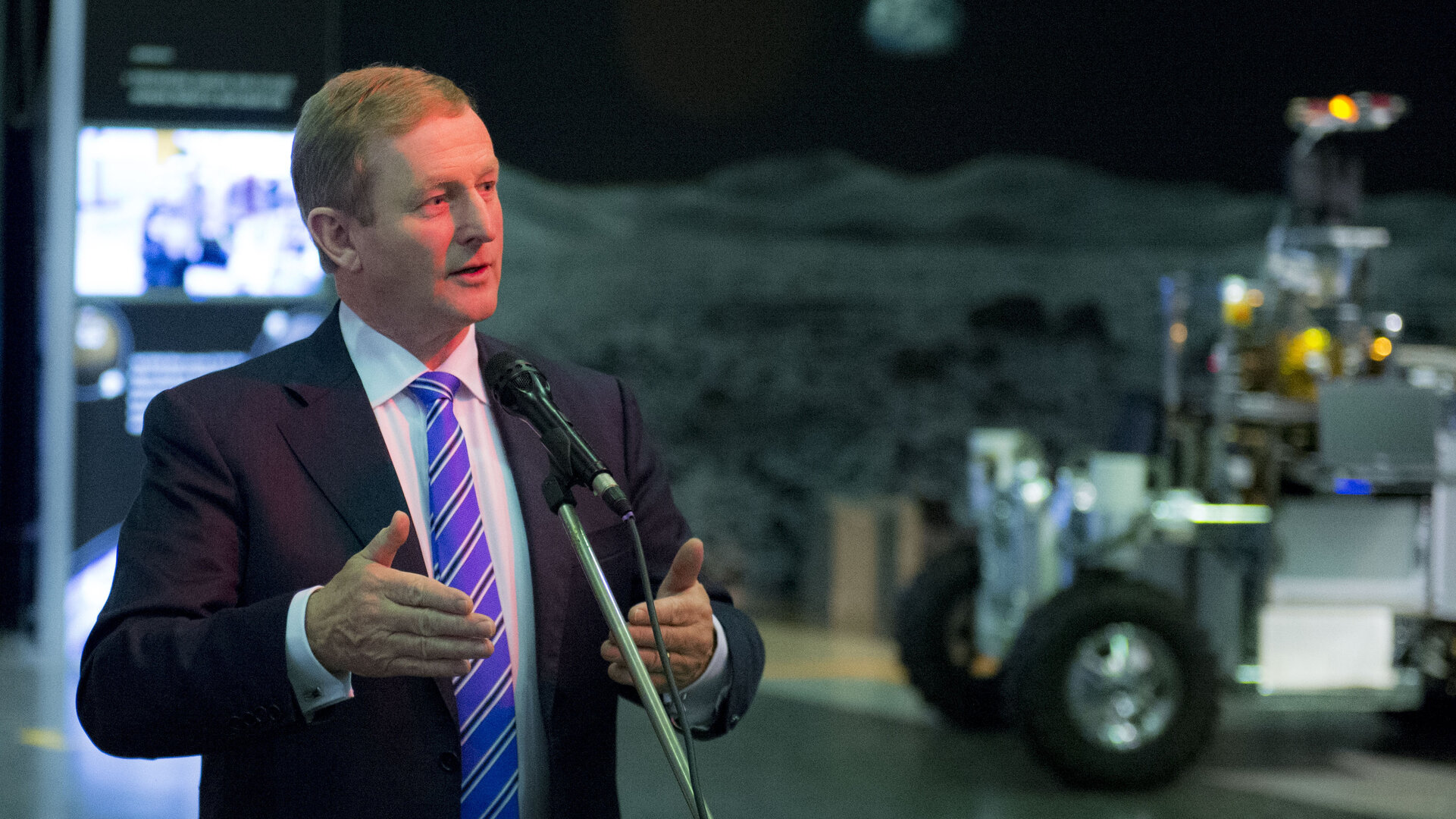 Ireland’s prime minister proclaimed himself “so proud as an Irishman” to learn about the crucial role of Irish companies across Europe’s space sector as he toured ESA’s technical heart.

Jan Woerner explained that the Agency applies space technology to deal with global challenges such as disasters, climate change, and energy and resource shortfalls, while also meeting the eternal challenge of human curiosity through space exploration.

He remarked: “We can give information, communication, science and technology and we can also give inspiration – and Europe needs much more inspiration now.”

The visit included the signing of a memorandum of understanding between ESA and the Enterprise Ireland development agency to establish a new ESA Business Incubation Centre in Ireland, offering technical and business support to new start-up companies transferring space technologies to terrestrial markets.

The network of 13 incubators established so far across Europe have supported a total of 350 businesses – including 100 in the last year alone – to give rise to new jobs, products and services.

Representatives of Irish space companies were on hand to show Taoiseach Kenny the varied projects they have collaborated on with ESA, and various ways that this work has led to success in broader markets.

Compact radiation sensors developed by Tyndall National Institute are set to be worn by astronauts in orbit. It is now exploiting them for readable microsensors to be placed on patients or even inserted inside tumours to fine-tune radiation treatment.

Radisens Diagnostics has designed tests for a wide range of conditions including diabetes, heart disease, liver and kidney damage by placing a single drop of astronaut blood on a spinning disc, while targeting terrestrial blood test markets.

Forest management specialist Treemetrics is marketing software that employs satellite maps of woodland to calculate carbon credits from the sequestration of carbon dioxide via tree growth.

Curtiss-Wright Ireland has extended its existing expertise in aviation test flight instrumentation to avionics for rockets and spacecraft, forging an Irish supply chain for global customers.

ENBIO engineered a method of metal coating originally intended for medical implants and modified it to produce ‘sunscreen for satellites’ – including treating the sunshield of ESA’s 2018 Solar Orbiter mission – leading in turn to fresh markets, from non-stick moulds for tyre-making to keeping electronics cooler.

Addressing Irish ESA employees along with company representatives, Taoiseach Kenny noted the potential of their work to touch the lives of hundreds of millions of people, including the endless potential of unexpected discoveries along the way. He reaffirmed his nation’s continued support for the Agency.